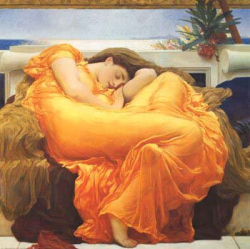 I remember this day so clearly – like a roller coaster ride, it’s got several ups and downs, and in such a short time span, too.  Originally written a few years ago for family and friends, I wanted to share it here today.

Once a month, I get an alert in my inbox.  Like clockwork, the company that we get Ronan's diapering supplies from reminds me that it's almost time to re-order his supplies.  Since life is a tad bit busy for me, I appreciate the reminder.

As usual, since it was almost time to submit that order, the email was sitting in my inbox.  As usual, though, I forgot to check my email.  I didn't miss out on placing the order because I got a phone call reminder about it this morning.  "Good morning!" a cheerful soul bellowed.  "I'm calling about Ronan's diapering supplies.  It looks like he's due for his next shipment.  Would you like me to push the order through?"

It was only 9:15 a.m. and way too early for me to be as chipper as she was, especially on the phone, especially with a stranger, and especially after the tough week I’d been having.  Taken aback at how happy this person was made me smile though.  I wasn't about to be the one to squash her happiness, so I gleefully replied, "Oh, yes, please!  I was just thinking I should check to see if that email reminder had been sent.  It's been just about a month since you all sent the last one, hasn't it?"

"Well, then.  I'm glad you called," I said still smiling.

"That's right.  Everything is the same," I answered.

"Good!  So has Ronan nearly exhausted the supply we sent last month?" she inquired.

"Great!  Let's set this order to go through for him now," she said.

After saying good-bye and hanging up, I smiled once more.  What a great attitude that gal had.  She did her job well, and I could tell she was not just happy in her position but proud of the work she was doing.  I do my job well (most of the time), but I don't always have the best attitude.  I can tell that, and those around me pick up on that, too.  I know I need to work on changing some of my attitude around, so I mentally added Have a better attitude like the diapering service rep's attitude! to my To Do list.  Then I set my attention back on Ronan.  I was packing his things that he and his caregiver would need for his day out, which included getting to one of his weekly therapy sessions.  Before I could get his backpack completely ready, I got another phone call.


I hadn't planned on driving Ronan to his appointment today, our caregiver was going to, but she had a change in plans and wouldn’t be available to help.  That meant that I now had a change in plans - my own.  Instead of sauntering out for the one or two free hours I thought I'd have to myself this week, I had to scramble to get both of us ready to go.  Racing out the door and under a few raindrops, I caught myself grumbling under my breath.

Ugh.  This is so hard.  Why does it feel like things are so hard all of the time?  This week has been insane.  Can't something go right for once, especially this week?

Then it started to pour.

Then, when we got to therapy, Ronan wouldn't get out of the car.

Then, he shut down.

Nothing worked to get him out of the car.  No redirecting.  No amount of encouragement.  No promises of if you do this (therapy), then you get to do that (free choice).  He would not budge at all.  Trying to keep myself dry from the rain that kept on coming down, I felt what little positivity I had left drain right out of my body and into the puddle I was standing in.

Already having dealt with a 40-minute meltdown/stand-off in a different parking lot earlier in the week, I threw in the towel.  Stick a fork in me, Ronan.  Mom's done.

In that moment, I wasn't nearly exhausted, I was completely exhausted.

I don't like that feeling.  It's a sad, depressing, horrible, awful feeling.  Since I don't like to be stuck in that sad, depressing, horrible awful place for too long, I knew I would have to rally.  Fortunately, a few moments later, Ronan rallied with me.  With help from the therapist, who sensed I must’ve needed help, Ronan finally got out of the car.  With her guidance, he walked into the building and got through what was left of his session with a praise report at the end.  Even though it started out rough, our morning efforts were a success.

I needed that success to continue.  Ronan would be tasked with something he’s not had to do for some time:  grocery shopping.

Zero incidents!  He even helped pick out a few things and put them in the cart carefully.

That kind of success isn't rare, but after the very long, tiring, and frustrating week we've had, that simple success helped refill my soul with hope.  I desperately needed that.  Hope gets me through a lot of things.  That and a lot of prayers.  I rely on those every single hour of every single day.  Today, I’m praying not just that my hope stays at a good level but that yours does as well.

the lovely painting that accompanies this essay, Flaming June, is from an art museum in Ponce, Puerto Rico.
Thinking of the beautiful island and its people today.

You are an amazingly optimistic mom. Somewhere in your childhood you must have learned this song: https://m.youtube.com/watch?v=AGUsRGuZb6k.

I add my prayers to yours. May God continue to grace you with the strength to endure, thrive and overcome!