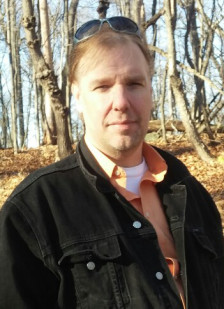 Below is an excerpt from Dr. James Lyons-Weiler's response to a vaccine injury denials acolyte blogger who calls himself "Skeptical Raptor. "  One might accurately call this an exquisite dissection. If one were so inclined.

AS A WORKING SCIENTIST, highly trained and skilled in both the art and in the importance of bona fide scientific discourse, it bothers me when I see sorry excuses for scientific engagement such as the articles published, sans peer review, at the obscure Vaccine Risk and Injury Denialist website “Skeptical Raptor”. These articles use an immature style of attacking objective Science under the pretext of defending Science, composed of a mixture of ad-hominem attacks combined with a Gish-Gallop of throwing anything and everything they think might stick at bona fide Scientific inquiry, with a swirl of argument from authority while hiding behind the pretext of fear of being attacked by anti-vaccine, I mean, vaccine risk aware advocates. Science? I don’t think so.

The over-the-top high-horsed tone of the articles published at Skeptical Raptor may be amusing to those who enjoy a good street fight. However, Scientific discourse requires that we take a different tack than Romper Room tantrums in our response. I will indulge a bit in this about the website, however, by stating that in my experience, the anonymous Ghost authors of the (non peer-reviewed) articles at Skeptical Raptor have never met a vaccine-induced injury or death they did not like.

I am only responding to this blog because my colleagues thought I should. I hate to amplify SR; it’s a hate-filled place. I would have expected more from people who call themselves Scientists. Surely the vaccine risk and injury denialista could have found someone willing to take our peer-reviewed study on old-school style, in the pages of the Journal of Trace Elements in Medicine and Biology, where our study was published following blinded peer review (3 reviewers). Frankly, I’m disappointed by the lost opportunity for bona fide rational discourse. In contrast, their online attack is not peer reviewed; the author, or author(s), hid behind the above-mentioned pretext of fear of attack. Perhaps there is a conflict of interest or two they would prefer to not reveal. In contrast, my resume and biography are on the web and I make no income from the sale, manufacture and distribution of vaccines.

Ironically, in their online attack on Science, the ghost author, or authors, whom I will refer to as the anonymous aluminum apologist bloggers (AAAB), unwittingly attacked and destroyed FDA’s “Apology Study” research on aluminum in their attempt to attack our study. I’m referring to the Mitkus study, which was FDA’s attempt to dispense with empirical research such as age-appropriate dose escalation studies of aluminum hydroxide in mice to determine the actual per body weight dose limits for humans. The AAAB’s unwitting attack on the FDA’s Apology Aluminum study (Mitkus et al.) starts with four entire paragraphs of futile and pointless ad-hominem attacks. They cite measles, however, the live virus measles, mumps and rubella (MMR) vaccine does not contain aluminum, and thus their “anti-vaxxers are going to destroy us all” trope proves equally futile.

Because such attacks are irrelevant in Objective Science, we’ll move right along to see how they slayed the FDA’s Mitkus study.

The first error in reasoning that I point out might actually save the Mitkus study, for now. The aluminum apologist blogger claim that because none of the authors of McFarland et al. are toxicologists, we did not know that we should be focused on plasma clearance rates.

Right there, we are done.

Whoever wrote this critique clearly knows or cares nothing about aluminum toxicodynamics. It’s all spelled out in the peer-reviewed literature: aluminum injected into the human body, either by intramuscular injection (IM injection) or IV, has a strong affinity for solid human tissue, explaning thus precisely why its “bioavailability” as measured by plasma clearance is very low. It is not low because it is cleared from the body in urine, feces, sweat, etc. This is why we changed, in our first study, the language from “absorption” to “metabolic availability”: all of the aluminum injected in each vaccine (100%), and all aluminum that is absorbed by the intestine (0.3%) must be dealt with by the body, and in those systems, the toxic effects also manifest. The mechanisms of aluminum toxicity described in the literature ignored by AAAB are intracellular, and include mitotoxicty, disruption of the cytoskeleton, and endoplasmic reticulum stress. A full collection of references on the cellular mechanisms of aluminum toxicity is available here. AAAB cites none of this literature.

Measuring aluminum in the the plasma (or serum, or blood) clearance does not reflect whole-body content and actual aluminum toxicdynamics: aluminum exerts its toxic effects while adhered to tissues, and inside cells. The body clearance, therefore is the concern. Whilst in cellular tissues, aluminum can be expected to act as an adjuvant on proteins from other viruses and bacteria, and oddly shaped human proteins expelled during cellular death following aluminum induced endoplasmic reticulum stress. The longer the whole-body retention, the more likely the aluminum is to induce harm during “detox-retox”, which we refer to in our study.  Read more here.

This has got to be one of the most entertaining take-downs of Skeptical Craptor that I have read.

The church of pharma say so, they are sacrosanct -inviobale -just because they say so.. and no supporting evidence required.Dont think,just repeat after me....

Do you think twins getting the same vaccines are getting the same dose of aluminum? I think the syringes are like chocolate chip cookies - nobody really measures the chips per cookie in the end - or in this case, the aluminum per syringe. Here is another example of ignoring the obvious:
https://medicalxpress.com/news/2019-12-severity-autism-symptoms-varies-greatly.html
Pretending every syringe is identical is nonsense. Why are vaccines never recalled - like lettuce?

Thanks Dr Weiler for a sober description of wannabe scientist SR and the pharma phaithful.

Here is a old photo of Skeptical Raptor.
https://www.agwest.sk.ca/index.php/blog/posts/3536.html