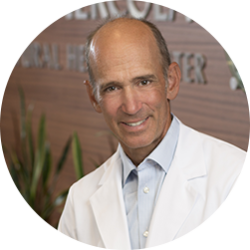 We have excerpted an important message from Dr. Joseph Mercola. It's his response to a hit piece run "accidentally in draft mode" by The Washington Post's Lena Sun. WaPo has been vicious to families with vaccine injured children. I wrote a piece for them years ago - and they changed the headline in a way that was negative and not in keeping with the tone of my article. And they never paid me their paltry fee.  Please read the full article and comment at Dr. Mercola's site Washington Post Publishes Defamatory Lies about Dr. Mercola.

Nutshell background from Dr. Mercola: August 9, 2019, I was contacted by Washington Post reporter Lena H. Sun about information for an article. To avoid my responses being misrepresented to support an industry narrative, I’m publishing her questions and my answers in full

December 2, 2019, I was again contacted with disingenuous questions. Washington Post claims they accidentally published a draft of the article on their site November 15, 2019, and are still editing the hit piece they’ve been working on since August

Amazon is currently censoring products that are critical of vaccines. Amazon founder and CEO Jeffrey Bezos bought The Washington Post in 2013

August 9, 2019, Washington Post reporter Lena H. Sun asked to interview me for an article she was writing about me. I was unable to accept due to speaking engagements, but I did respond to a series of questions in writing.

Considering Sun and the Washington Post’s history of publishing articles in favor of industry, I decided to publish all of the questions and my answers in full, to avoid misrepresentation. Toward the end of this article, you will find correspondence to Sun in its entirety.

In my August response, I also confronted Sun about The Washington Post's concerted efforts to "dig up dirt" on me and my company, as well as her failure to publish a correction to a vaccine story in which she made a false claim.

Nearly four months later, on December 2, 2019, I was contacted yet again by the Washington Post, asking me to answer additional questions. Oddly enough, we were already in receipt of the article with a publication date of November 15, 2019.1

The Washington Post reporters are really concerned with how much money I make selling vitamins, which is ironic considering the owner of Washington Post has admitted to selling and profiting off of FAKE supplements!

They’re also trying to portray the success of my website and my financial support of nonprofit health advocates such as the National Vaccine Information Center (NVIC) as having “fueled the largest measles outbreak in the United States in nearly 30 years,” calling the partnership between Mercola.com and NVIC “a new strategy for the anti-vaccine movement that is especially dangerous.”2

I have been asked many times to sell my website, which I’ve been told is worth over $100 million. I will never sell, and I’ve donated about $2 million of the revenue from this website each year to nonprofits committed to changing the landscape to make it easier for you to lead a healthier life.

The donations are more than the income they reported in the article.  You can find these organizations at the bottom of each webpage.  Read the full article and the hundreds of comments at Washington Post Publishes Defamatory Lies about Dr. Mercola.

Its sad to see the leftist media try to criminalize anyone making a profit without their stamp of approval. Thank you for all the hard work you do.

Yes, Barry, and I have heard that vitamin B is now prescribed routinely for certain population groups, such as young children and pregnant women. Unfortunately it's not given for those whose conditions require it, like MS, ME, autism etc. Well, at least it's a step in the right direction. The medical profession are beginning to listen to those trail blazers like Dr. Mercola.

You say "BMJ" study, but aren't you actually referring to a 2017 study that was led by Queen Mary University of London, and simply reported on by the BMJ?

And by reported, I mean .... poorly reported. Because if you go to the QMUL website, you can find the university's own write-up for that vitamin D study. And the second paragraph of that QMUL write up clearly reads:

It would appear that Dr. Mercola was recommending vitamin D, because he put his faith in the skill and integrity of researchers at QMUL. Maybe you should consider doing the same thing.

I think the bigger issue that you've managed to uncover, is why on earth would the BMJ choose to leave that part out??

Fake Supplements ??? It might depend on where they are made.

In what countries exactly are each of the American vaccines manufactured? Do we get a flu shot from China or Vietnam ??
Should not a consumer be provided this simple information? Anyone have access to this list ?

Of course, the real and only reason for vaccines are profits for the drug lord shareholders.

Every year there is huge inaccuracy about predicting which strains will proliferate and how effective the new vaccine - always ill-tested - will be. Dosing speculatively which is what is happening is a dubious proposition. Even if the right strain is circulating most people will not get it anyway. But to lift general resistance against all infections including any circulating flu strains makes a lot more sense. And it’s a supplement not a medication, for God’s sake!

The point is Mercola recommends buying his vitamin D supplements over influenza vaccination based on a vitamin D study that didn't measure influenza rates. At least P.T. Barnum offered entertainment.

Just so you know though. Intelligent people don't care whether our respiratory illnesses are labeled as "influenza" or otherwise.

Vaccines are 100 per cent useless at preventing illness.

A substance which improves general resistance is obviously better than throwing darts at a board blindfold (to use Del Bigtree’s apt analogy). Fred, perhaps you will be offering your services as a guinea pig for the various universal flu vaccines which are being developed? Or will you just be leaving it to the poor?

Frederic Chopin and your point is?
Considering all vaccinations up inflammation in the body that is sky high?
Meanwhile tons of Research on Vitamin D has so much good stuff going on about it when it comes to the immune system that even the Veterans Administration actually paid for vitamin D to give to my father for Parkinson.

I thought we conquered goiters, by just adding iodine into the salt and the problem all went away. Except now it is coming back in spades.
That and tons of slow thyroids, that are all auto immune problems and with the epidemic of slow thyroids, are more goiters; even though we are still all eating the iodized salt.

I so enjoy having to go to the doctor every six months to get that thyroid tested and my prescription filled. Before that; I went years with out seeing a doctor.