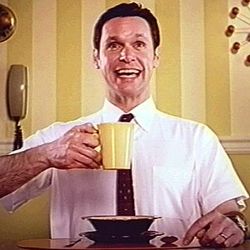 Good grief.  Take a look at this ridiculous article in the UK Guardian about Facebook post boosts/ads.  Feel free to imagine ominous music as you read. It enhances the moment. Perhaps we need a good old fashioned slogan?

About vaccines! Take a look! We'll tell you all on.... Face Book!

Most of us don't have two nickels to rub together for advertising. 54% of all the ads is how much?? This article is NONSENSE. Oh and dig this: US healthcare and pharmaceutical advertisers will increase their digital ad spending by 20.1% to $3.62 billion in 2019.

The majority of Facebook ads spreading misinformation about vaccines are funded by two organizations run by well-known anti-vaccination activists, a new study in the journal Vaccine has found.

The World Mercury Project chaired by Robert F Kennedy Jr, and Stop Mandatory Vaccinations, a project of campaigner Larry Cook, bought 54% of the anti-vaccine ads shown on the platform during the study period.
How a vaccinated woman's death exposes the threat of anti-vaxxers
Read more

“Absolutely we were surprised,” said David Broniatowski, a professor of engineering at George Washington University, one of the authors of the report. “These two individuals were generating the majority of the content.”

Kennedy is the son of the former US attorney general Bobby Kennedy. He also has a nonprofit focused on environmental causes. Kennedy’s brother, sister and niece publicly criticized his “dangerous misinformation” about vaccines in May. They called his work against vaccination, “tragically wrong”.

In fact, vaccines are one of the safest and more effective medical interventions ever developed. 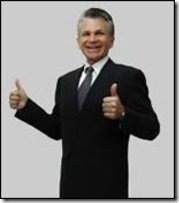 The Vaccine journal study is the first to analyze anti-vaccine ads in Facebook’s advertising archive. The archive is an ad disclosure database Facebook created after the platform was criticized for spreading untraceable misinformation during the Brexit referendum and 2016 US presidential campaign.

Facebook has more than two billion users and roughly 68% of Americans get their news from the platform, the study said. In 2019, the World Health Organization named vaccine hesitancy as one of the world’s top 10 global health threats.

Facebook’s micro-targeting algorithms, unlike television, radio or newspapers, have allowed anti-vaccine groups to home in on individuals who might be susceptible to doubts about vaccines. In particular, women and parents of young children have been targeted by Stop Mandatory Vaccination, and Cook was even censured by the UK Advertising Standards Authority last year.

“Unless you’re in the target audience you’re not going to see an ad, so it’s hard to know what other organizations might be running,” said Emily Lowther, a spokesperson for the Minnesota Hospitals Association, which has had pro-vaccination ads automatically removed from Facebook. It is unclear why Facebook removed the ads.

This is just one little Link to see what this David what ever Bron tow ski looks like.

Another so called human like being that wants to have much for doing nothing much.

His whoosh hog hairy picture is plastered plenty on all kinds of sites if you google his name.
Yeah, I bet he is surprise; surprised that he can tell such big lies, and not laughed at by every last person. That comes from being insulated by big pharma, and intertwined federal health agencies all cozy inside the District of Columbia.

Dang, I could have, should have been being paid by these two organizations. Cause I share their stuff all the time.

However; I have not seen Larry Cooks stuff in a while. I guess I better go drag him back on my face book, just so I can get paid.

Can someone who is demonetized force Facebook or google or go fund me
to prove that they are spreading “misinformation “? Maybe this is how we get our free speech back. Also do people not see the slippery slope here? We are destroying the fastest best way to find contamination and stop it in its tracks.

Email mail it to your health care provider or anyone that says vaccines are safe. Anonymously if you must via a temporary email address like https://temp-mail.org/ or https://www.guerrillamail.com/ etc., (they work for me).

Check out the Minnesota Hospital Association, whose rep is quoted here. Another medical trade organization protecting its members and giving lip service to patients.
https://www.mnhospitals.org/

MHA’s goal is minimizing costs, which entails fighting the Minnesota Nurses Association year after year. Note this report from 2013:
Minn. nurses, hospitals notch staffing study pact
http://www.startribune.com/minn-nurses-hospitals-notch-staffing-study-pact/199349041/
“The sides have been at odds for years over whether patients are at risk and whether lawmakers need to step in. The Minnesota Nurses Association has relied on anecdotal reports from its members to argue that staffing is thin, which hospital executives dispute.”

Attempts to associate their work with others is as sketchy as the others used to feebly discredit, IMO.

How is it that within the same article, Pharmedia gets to revel in the censorship of stories of children maimed and killed by the products it hocks, AND complain about the free flow of information regarding their dangerous and deadly products?! My conspiracy theory concerning the Chan/Zuckerberg initiative is that they’re gearing up to corner the market on individualized vaccine programs. This of course will be rolled out for the privileged few, so just enough information needs to be kept in the mainstream for the acceptance of that fact that one size does not fit all, but not enough for the masses to have the ability to protect themselves. (My bedroom wall is plastered with news clippings and string connecting it all if anyone is interested :)

The majority of Facebook ads spreading misinformation about vaccines are funded by two organizations run by well-known anti-vaccination activists, a new study in the journal Vaccine has found."

I must have missed it .. but .. I don't remember seeing any "study" focusing on Facebook ads "spreading misinformation" on numerous pharmaceutical drugs .. opioids and Vioxx being just two responsible for thousands of deaths … which have resulted in BILLIONS of dollars paid by those very same pharmaceutical companies?