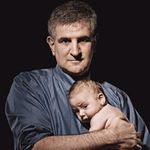 BACKGROUND: Rotavirus vaccine has been funded for infants under the Australian National Immunisation Program since 2007, with Rotarix vaccine used in New South Wales, Australia, from that time. In 2017, New South Wales experienced a large outbreak of rotavirus gastroenteritis. We examined epidemiology, genotypic profiles, and vaccine effectiveness (VE) among cases.

METHODS: Laboratory-confirmed cases of rotavirus notified in New South Wales between January 1, 2010 and December 31, 2017 were analyzed. VE was estimated in children via a case-control analysis. Specimens from a sample of hospitalized case patients were genotyped and analyzed.

CONCLUSIONS: Rotarix is highly effective at preventing laboratory-confirmed rotavirus in Australia, especially in infants aged 6 to 11 months. Reduced VE in older age groups and over time suggests waning protection, possibly related to the absence of subclinical immune boosting from continuously circulating virus. G8 genotypes have not been common in Australia, and their emergence, along with equinelike G3P[8], may be related to vaccine-induced selective pressure; however, further strain-specific VE studies are needed.

To determine occurrence of residual rotavirus (RV) disease in different age groups in Finland after five to nine years of high coverage (≥90 %) mass-vaccination with RotaTeq® vaccine, and to examine the vaccine effect on circulating genotypes.

Since 2013 all clinical laboratories in the country were obliged to send RV positive stool samples for typing. RVs were genotyped by RT-PCR for VP7 and VP4 proteins, sequenced and compared to reference strains.

RV continued to circulate throughout the study period at low level with a small increase in 2017-2018. There were three age-related clusters: young children representing primary or secondary vaccine failures, school-age children who may not have been vaccinated, and the elderly. Genotype distribution differed from the pre-vaccination period with a steady decline of G1P[8], emergence of G9P[8] and especially more recently G12P[8]. In the elderly, G2P[4] was predominant but was also replaced by G12P[8] in 2017-18.

RV vaccination with a high coverage keeps RV disease at low level but does not prevent RV circulation. New RV genotypes have emerged replacing largely the previously predominant G1P[8]. Increase of overall RV activity with emergence of G12P[8] in the latest follow-up season 2017-18 might be a potential alarm sign.

Grace Green, that is a good one! Yeah, his wife, I think is also a pediatrician, but she was trying to start up a frozen yogurt business some years back.

Bendetta,
You can't freeze yogurt without destroying the beneficial bacteria. Is this another scam that Offit's involved in?

And the DPT James Cherry is involved in, is the nastiest vaccine of them all.

Why is Offit still in the fight? With all that six million, and a frozen yogurt biz; why don't he just slip/slid away?
For that matter, Dr. James Cherry chirps up every once in a while like some looney bird out on the west coast, in an academia lush forest, still I suppose supplied by pharma money. Ahhhh, even Stan Plotkin found himself in a mess when he came out of his mansion to shower the little people with his great knowledge?

Is that it; they are just slaves at the beck and call of their pharma masters?
Well that or they really do care about the health of the people and just really want the best for them.

Hmmm, Offit while being video taped years ago after they threw out Jake Cosby discussed the strangest thing with those sitting around him. Something about people just wants to breed until the sun burns out.

James Cherry Well, he is really into the DPT vaccine, making it, researching it, witnessing for it and against parents of injured children.

And Plotkin; atheist, mad scientist type that experiments with aborted fetuses of nearly 70 in number in just one study, and uses disabled children to test his final products on.

Nope, I don't think they are exactly caring about humanity, so it must be the power and the money that big pharma supplies them.

@bob You are of course exactly right. Create an ecological opening by eliminating one organism, and others will move in.

This happens with HPV: https://jameslyonsweiler.com/2016/06/29/high-risk-hpv-type-replacement-follows-hpv-vaccination/?fbclid=IwAR0mUrXfWOukABONSBQoF64iunpg63dmbWHIuipn1oud__GB9mcei0dEDuk

And might explain why HPV vaccine increases cancer rates: http://docteur.nicoledelepine.fr/gardasil-faith-and-propaganda-versus-hard-evidence/?fbclid=IwAR2ylRgcwX3jGkXOpyDNiRQIkwBjMG7DUo2KAV4TegCD1HWqfHL4gzSEOL4

Look at the ugly expression on Offit's face, and his body language, in that thumbnail. Hard to imagine him caring about children at all.

I am not a scientist .. but .. it seems to me that vaccines for preventable diseases eventually cause the pathogens involved to mutate into a more virulent pathogen .. mostly affecting older vaccinated children with the stronger mutated pathogen.