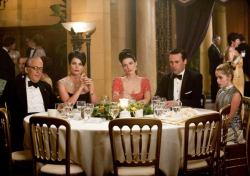 There used to be a saying that one should never discuss sex, politics or religion at the dinner table. The topics were too highly charged and sure to cause agita. Today, there is only one topic in the USA that we can not discuss and that's vaccines. Take a look at what happened when a mobile flu shot business posted that it would be at a barbershop in Idaho on Facebook. The business owner, a nurse practitioner, made a critical error. He added an insult at the end of his post. And he knew it. "Anti-vaxxers need not reply."  Fatal. Dumb. Way to be professional.

That’s usually what happens when he posts about immunizations, he said.

Instead, the Facebook page for his company, Table Rock Mobile Medicine, became ground zero for the vaccine debate.

Bigford is a nurse practitioner whose mobile health care business goes to people’s homes and other sites in the Treasure Valley to deliver many of the services available at urgent care clinics. He posted Monday afternoon on Facebook that the business will offer flu shots Friday at a local barber shop, Fred’s Reel Barbershop in Meridian.

In the first day, the post reached about 18,000 people. It averaged two comments a minute during waking hours, he said.

By Wednesday afternoon, it had reached more than 70,000 people and gathered 1,800 comments. Bigford had enlisted three other nurses to help manage the flood so he could see patients. Read more here.

Vaccine injured adults and parents of vaccine injured children chimed in with reasons to re-consider the choice of  uptake.  These are folks probably very much like most of our readers, including yours truly. We try to be polite and civil. We share horror stories of what happened to our kids. We tag studies and point out the hypocrisy of thinking pharma is angelic on vaccines when we all know it's diabolical when it comes to drugs and the bottom line. Sure, some of us get ugly in our comments. We're human. After the vaccine choice comments start to come in, the folks who just want to take their vaccines and not have to worry (because deep down they are actually a teensy bit worried) get angry and lash out.  Then the machine goes into effect. And suddenly there is  a barrage of "anti-vaxxers are anti-science morons who deserve to die along with their miserable unvaccinated crotch goblins" comments flooding the site. Crotch goblins?  Oh, that's a term I have seen recently to refer to children who are not fully vaccinated.  I thought it was just for the Halloween season, but hey, I think it will stick what with being so entirely repulsive that it fits the narrative of the vaccinate at any and all costs to any and all patients demographic.

I've been saying something for a while now - let me know if you agree.  The reason we're reviled is that the majority of Americans have been carefully taught that there is NO SUCH THING as a serious vaccine side effect. And when there is, it's so rare that we can consider it impossible.  People don't believe our kids are vaccine injured.  They don't fear that it can happen to their own kids.  Look at vaping.... a handful of deaths (every single one tragic, no doubt) and there are laws in play to ban the product. No one is racing to protect vaping - despite being able to say it may protect from lung cancer better than smoking tobacco.  People fear non-life threatening diseases more than they fear vaccine injury.

Community Care Credentials with a severe prejudice /training deficiency alert sticking out like a sore thumb? so who is responsible and accountable for this wee Jimmy's basic training ,teaching him how to leave his personal opinions, in his organisational car- park, before he starts his shift ? because the absence of such can be directly observed as creating a vaccine, vioxx, viagra, situation, on a fast-track, fast -flow, cash -flow on a freaked out forensic frenzie!
Who is responsibe for his on-going, professional standards apprasial and Community Care supervision of same?
When you come across this very specific training deficiency /prejudice you can politely but directly question it ie,
Hey nurse Jimmy or Jessie ,why have you got a core- temperature, glass thermometer, sticking out of your uniforms breast pocket ,and where in the heck have you then left your pen parked ma dear?
This articles type of unsupervised, training deficiency, left wandering the streets with toolkit in tow
is chaos on the loose at best ! as about as much help as a bottle of lavender oil at a major road traffic accident !
Billy Connolly -Aromatherapy & No Smoking - Video dailymotion Youtube
Very serious swear words alert ! Definately not suitable for children under 12 yrs !

“Today, there is only one topic in the USA that we can not discuss and that's vaccines”

Unfortunately thats not true. There are a number of other issues that cant be discussed.
I fear to even mention what they are.

The sad thing is, someone can be enlightened about one of these taboo subjects (like vaccines), and still swallow whole and embrace the other untruths hidden behind the prohibition of even questioning or discussing some of these truths.

Ask yourself if they can lie about and get away with something like vaccination of children as currently practiced, why would one assume it stops there?

Vaccines is no faux pas at our dinner table for sure convivial vaccine conversation is always worth the wait complicated as it gets but never boring.

I think Brad Bigford has been unfairly targeted. Of course I'm against the flu vaccine, but he provides medical attention as house calls for the same price as an office visit, and I think that's a wonderful service which should be supported and expanded. Overloading his FB and Twitter pages with insults is not going to make him back away from the vaccines which he mistakenly believes are safe and effective. But wouldn't it be terrible if children with racking coughs from bacterial bronchitis not be able to get him to come to their home and prescribe and probably provide an antibiotic without subjecting them to the stress of taking them to a medical practice? As has been observed here, people are waking up, and the bottom line is that no one is physically compelled to take a flu shot, or any other kind. The individual is the key, and at this point, anyone who just says Well, I believe everything my doctor says, he's the one who went to med school and not me, without doing independent research, is a sucker, and may learn the hard way what happens to suckers.

The so-called “experts” are Peter Hotez and Anthony Fauci - two men with money and reputation at stake. Both spoke at a recent IDWeek meeting, “with joint sponsorship by the Infectious Diseases Society of America, the Pediatric Infectious Diseases Society, the Society for Healthcare Epidemiology of America (SHEA), and the HIV Medicine Association.”

Check out Hotez’s comments - he is tracking the activities of vaccine safety groups, without listening to what they’re saying. He says HIV vaccine rates are “horrifically low” - a phrase that describes his heartless attitude toward Gardasil injuries and deaths.

Agreed. We have been fed a load of propaganda about many things. However, polls seem to show that the public no longer trusts the media. Why else would there be such a push for vaccine mandates without any exemptions? They have lost the narrative among those who still retain critical thinking skills. They are losing the battle for the hearts and minds of Americans, and can only force compliance under threat. The foundation of any society is the family. The American family is under threat like never before, by those charged with protecting it.

"Look at vaping.... a handful of deaths (every single one tragic, no doubt) and there are laws in play to ban the product."

The vaccine madness never ends .. in NYC .. strenuous effort to ban …. CHOCOLATE MILK … from school lunch programs .. while at the very same time banning CHILDREN from school because they no longer have a 'religious exemption' allowing them their right to INFORMED CONSENT on the issue.

Nowadays … it seems almost a daily occurrence to have a popular .. over the counter .. heavily advertised product like ZANTAC .. suddenly removed from shelves in major pharmaceutical outlets .. citing FDA warning that ZANTAC .. which has been on the market a very long time .. was found to have cancer causing ingredient in the product.

And we are supposed to believe vaccines are beyond reproach .. their numerous chemical ingredients are SAFE AND EFFECTIVE FOR ALL .. because .. the same FDA/CDC "regulating authorities" assures us so .. based upon information they receive from manufacturers of vaccines.

The shot heard around the world.

The past 100 years or so, nearly every "large anti-group" have been proven to be correct. I would guess the American anti-vaccine group is in the tens of millions and is the "biggest anti-group" ever in the United States.