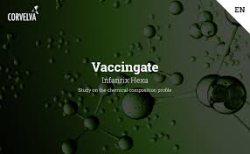 These latest analyses were made possible thanks to the active contribution of the French associations Association Liberté Informations Santé (ALIS), Ligue nationale pour la liberté des vaccinations (LNPLV) and the Australian Association Australian Vaccination-risks Network (AVN), that we thank.

New generation sequencing have become the preferred tool for in-depth analysis in the field of biology and medical science, especially high precision ones.  Thanks to these tools, we can approach in a more modern and comprehensive way a number of applications such as de novo sequencing, metagenomic and epigenomic studies, transcriptome sequencing and genome re-sequencing.

This last one (re-sequencing) is largely used in human field, both for research and diagnostic purposes and consists of NGS - Next Generation Sequencing  of an entire single genome, to map the Single Nucleotide mutations (SNP), insertions and deletions of more or less long sequences that have occurred in certain locations of the genome, and variations in the number of copies of genomic portions/genes (CNV, Copy Number Variants).

This procedure helps to understand the development mechanism of some pathologies, in order to identify the directions for a future clinical treatment as in the case of cancer for example. Indeed, by this method the genetic heritage of a cancer patient can be fully decoded in both normal and cancerous tissue, thus allowing us to comprehend what exactly has changed within the genome, and, if possible, how to intervene with targeted measures.

The  re-sequencing procedure requires that the DNA  of an individual is mechanically broken into small dimension fragments (400-500  base pairs) and artificial DNA parts named adapters are tied to these fragments; adapters make it possible to tie the human DNA  fragments to a glass surface on which the bases reading (A, C, G, T) is performed. The DNA base pairs reading takes place by means of chemical reactions, namely the incorporation of nucleotides that have been marked by fluorescent molecules.  The million sequences (reads) thus obtained are then mapped on the human reference genome by specific software and all the variants are identified comparing the analyzed genome with the reference genome.

This same procedure has been performed on the human genome in Priorix® Tetra lot  n. A71CB256A, genome which belongs to cell line MRC-5 (of fetal origin); the work has been carried out by a company in the USA, that routinely deals with human genome re-sequencing analysis. *

*the name of the laboratory that has performed the analysis will be included in the next formal complaint we will file at the Public Prosecutor of Rome and as well at the Italian and European regulatory bodies. The associations who are filing the analysis funded by Corvelva will be promptly kept up to date with these shocking results too.  We are no denying that we feel, especially as parents, distressed by these results we are reporting - as if what we have found out so far was not enough to worry about.

The human reference genome was found to be matched by 99.76% reads from vaccine DNA, that means nearly in all its entirety. The human fetal DNA presented in this vaccine is a single entire genome, that means the vaccine contains genomic DNA with all the chromosomes of a male individual (in fact MRC-5 originates from a male fetus).

Given below are the analysis results of different types of variants compared to the reference human genome....

Read the full report at CORVELVA.

So much genuine heartfelt thanks to the fab science crew doing this work ,and who are being treated in the process, as about as popular as a vegetable stock cube at a meat only barbeque?

Priorix Tetra is the vaccine with the highest amount of contaminant extraneous DNA found (total DNA extracted = 1729.8 ng, of which 78 % is human, thus coming from MRC-5 cells , and 4% from chicken embryonic cells). The contaminating fetal DNA present in all the samples of Priorix Tetra analyzed in variable quantities (therefore not controlled) is up to 300 times higher than the maximum limit of 10 ng, which is based on the theoretical calculation for the possibility of foreign genomic DNA to cause oncogenic mutations (tending to cause the formation of tumors).
The researchers showed that variants of this human genomic DNA that were found in the Priorix lot for the MMRV vaccine is evidently anomalous, presenting important inconsistencies if compared to a typical human genome, i.e. the one of a healthy human being.
The analysis on SNP, InDels, CNV, SV variants on 560 genes chosen because they are involved in different forms of human cancer shows the presence of numerous "original" variants, that’s to say that they are not even present in public databases, therefore are not known in the literature. In other words, important modifications of genes known to be associated with various tumor forms have been identified, for all the 560 verified genes; furthermore, there are variants whose consequences are not known, but which, however, affects genes involved in the induction of human cancer.
Fetal human DNA incorporates into the child’s DNA causing mutations. Gene therapy using small fragment homologous recombination has demonstrated that as low as 1.9 ng/ml of DNA fragments results in insertion into the genome of stem cells in 100% of mice injected. The levels of human fetal DNA fragments in our children after vaccination with MMR, Varivax (chickenpox) or Hepatitis A containing vaccines reach levels beyond 1.9 ng/ml.
GSK MMRV Vaccine (Priorix Tetra) found to contain a massive amount of foreign viruses. We have continued the investigation, both chemical and biological, on the Priorix Tetra, quadrivalent against measles, rubella, mumps and varicella and we have also found …Within the GlaxoSmithKline Priorix Tetra vaccine, Proteobacteria, Platyhelminthes and Nematoda worms, 10 other viruses to ssRNA, Microviridae (bacterial or phage viruses) and numerous retroviruses including endogenous human and avian retroviruses, avian viruses, human immunodeficiency and immunodeficiency virus of monkeys (fragments that if inserted into the database detect fragments of HIV and SIV), murine virus, horse infectious anemia virus, lymphoproliferative disease virus, Rous sarcoma virus. Other viruses like alphaendornavirus and hepatitis b virus, yeast virus https://realnewsaustralia.com/2018/12/23/bombshell-corvelva-releases-next-vaccine-analysis-results/

Tim, thank you for your comments. Going to the Full Report was useful, especially page 9 https://childrenshealthdefense.org/wp-content/uploads/CORVELVA-MRC-5-contained-in-Priorix-Tetra-Complete-genome-sequencing.pdf

Exactly it seeems America is in lockdown over the release of the new Joker film this weekend and on high alert total fear.Extra cops have been drafted in,masks,costumes at cinemas banned scary scary!.Meantime injecting DNA altering toxic waste into babies is nothing to be worried about folks.We all know who the real Joker is Pharma duping the young parents but it aint no laughing matter.

Established!
Well then how can the side of vaccine safety lose?
And what a horrible feeling, to yet such coursing through the body of our children.
Thanks Tim.

1. Insertional mutagenesis: fetal human DNA incorporates into the child’s DNA causing mutations. Gene therapy using small fragment homologous recombination has demonstrated that as low as 1.9 ng/ml of DNA fragments results in insertion into the genome of stem cells in 100% of mice injected.
The levels of human fetal DNA fragments in our children after vaccination with MMR, Varivax (chickenpox) or Hepatitis A containing vaccines reach levels beyond 1.9 ng/ml.

I am not understanding what this mean?
Right now my computer is very slow, and will not go to the connection to the link above,, at all: but I wonder if I would understand it even if I were able to link up with it?

So, Is this test presented to Italy courts and is an on going court case?
I see that the test show that the vaccines are all carrying the same male fetus (aborted no doubt) DNA.

That is a given isn't it? I mean they know that the MMR does, Plotkin knows, and even worked on it: and the CDC, WHO, NIH, and the whole world in charge don't care. Is it against the law to do so?
I know that Dr. Theresa Deisher is telling us all that the fetus stem cells will cause cancer, but the laws are way behind the science, especially science like Deisher's which is not backed up by powerful corporations.

The results that we obtained in this first part of sequencing of the complete MRC-5 genome present in the vaccine (the second part is the
sequencing of the entire genome of the MRC-5 cell line used to cultivate the vaccine virus and the comparative analysis with the Fetal DNA
vaccine) considerably strengthen the experimental observations of Dr. Deisher and above all the fact that the contaminating fetal DNA present
in all the samples analyzed in variable quantities (therefore not controlled) is up to 300 times higher than the limit imposed by the EMA for the
carcinogenic DNA (10 ng / dose, corresponding to the DNA contained in about 1000 tumor cells, obtained on the basis of a statistical
calculation, while the precautionary limit is 100 pg / dose) limit that must necessarily be applied also to the fetal DNA that inevitably
contaminates the Priorix ® tetra.

As a consequence, this vaccine should be considered defective and potentially dangerous for human health, in particular of the pediatric
population, who is much more vulnerable to genetic and autoimmune damage due to immaturity in their repair systems.

Someone I know recently asked me the following questions, and I am at a complete loss to answer them. I sure wish someone would look into this for the sake of children everywhere:

"Is it possible that by injecting children with shots containing human DNA, that we are giving rise somehow to the gender confusion and gender dysphoria we are now seeing in our youth? What happens when you inject male fetal DNA into a female child, and female DNA into a male child?"