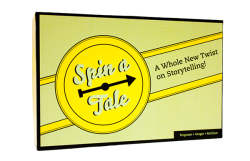 Note: One of the phrases we 0ften hear regarding vaccine safety is that "The science is settled, vaccines do not cause autism." Is science in its pure form ever really settled. And what of science today, in a profit driven system? Here, an article talks about the problem of sweet talking, data changing tweaks in psychiatric clinical trial report summaries that are read instead of the full study in part because few have the time to read actual papers and properly draw their own conclusions.  How can anyone claim the science is settled when we know that studies are spun to present profit-assisting data?  We can't. Why is this understandable and presentable in the media EXCEPT when it comes to vaccinations?  The deluge of information is not necessarily a good thing, especially when doctors are also required to do more administrative paperwork than ever before.  Even those who want to keep up may be unable to do so.

It's not just longform journalism and apoplectic Internet commenters that prompt a "tl;dr" from readers. Research papers trigger it, too, as scientists are so inundated with the volume of new results that just barely keeping up is a struggle. According to University of Oxford psychiatrist Michael Sharpe, "Everyone is deluged with information."

Research papers give a brief summary of their contents in an information-rich "abstract" of the article—it's often the only text that's publicly available from a paywalled journal. Time-pressed researchers may rely on the abstract rather than investing in reading the lengthy paper, but those abstracts are not always reliable. A paper published this week in the journal BMJ Evidence-Based Medicine found that half of the 116 psychiatry and psychology articles they analyzed included some sort of spin that made the results look better than they were.

"These findings raise a major concern," Sharpe told the Science Media Centre, "especially as readers may draw conclusions on the basis of the abstract alone, without critically appraising the full paper."

Read the full article at ArsTechnica. It's troubling and we aren't sure there's any answer to make future reports more accurate.

"The science is settled, vaccines do not cause autism … is science in its pure form ever really settled ... the deluge of information is not necessarily a good thing …"

I have come to the opinion that "vaccines" have nothing to do with "science". Vaccines are merely a product like all other products … no better but far more troubling because the product is recommended and approved by government public health bureaucracies ..who themselves profit from the product .. while allowing the makers of the product complete liability protection .. denying injured users of that product to sue for damages in civil and criminal courts of law.

After all … common sense dictates … it's basic premise … that "science" can manufacture and produce a "one size fits all vaccine" that will have the same "risk-benefit" for all users .. is not only "scientifically implausible" .. it is far more likely "scientifically impossible".

As for the "deluge of information not necessarily being a good thing" … the truly bad thing is the "information" is heavily restricted to favor vaccines … excluding any and all attempts to "scientifically pursue information" that may prove devastating .. such as .. that long overdue study of vaccinated v. unvaccinated populations .. to ascertain if both populations are suffering the same life-threatening, life-long, life-altering chronic autoimmune disorders that now affect 54% of children with neurological, biological, physical development problems.

If SCIENCE was really the guiding force behind VACCINES … that study would be the very first a dedicated SCEINTIST WOULD DEMAND BE DONE.