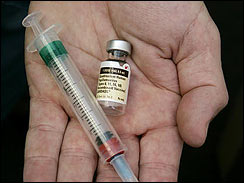 Some states are trying to change the laws so that teens can opt into vaccines that their parents might think are not the best choice for them. This week on a Mom list in my town, a woman was displeased that her 18 year old daughter took 2 vaccinations at the pediatrician without her knowledge. The young woman, at 18, was able to consent. And Mom was not allowed to participate in the decision. But what about minor teens who are being pushed to get the Gardasil shot? Below is an article spun so hard that your head might fly off after reading even the intro we shared below. A teen, formerly ignorant, started college and a career in cancer research (red flag!) and feels so lucky she escaped HPV for as long as she did, and then got the 3 shot Gardasil protocol.

We protect our children, including our teens from products that might harm them. Cigarettes. Liquor. Firearms. Lottery Tickets. Vaping/E-cig products.  So why the push to allow vaccines?  Because the media tells the general public, and the general public fully, passionately, with all their heart and soul and heads buried in the sand believes that vaccines are overall safe. Safe for you. Safe for me. Safe for every kid. Safer than any of the diseases they purport to protect against. Side effects, injury and death never enter into the equation.

This article is about a legal push in guess where - New York, which is now overtaking California in pharma obeisance.

When parents say 'no' to HPV shots, teens have no choice. Some states are changing that.

Jennifer Canada remembers when her pediatrician in Middletown, Maryland, recommended a vaccine that would protect her against a virus that is known to cause several types of cancer. But Canada’s mother, who had consented to all of the other recommended immunizations for her 13-year-old daughter, declined it, saying she'd heard rumors that the shots had caused the death of several girls.

The doctor didn’t push the issue, and neither did the young teen.

“Until college, I believed, like so many others, that the vaccine was not safe, and that it was far more suited to teens with risky behaviors,” Canada said.

It wasn’t until after beginning a career in cancer research that Canada realized how lucky she's been to avoid exposure to human papillomavirus, the most common sexually transmitted infection in the U.S. Now 26, she just finished the three-shot HPV vaccine series recommended for adults by the Centers for Disease Control and Prevention.  Read more at NBC News.

The last paragraph in the article states: "  The clinical trials did not include children ages 9 - 12. In fact, one of the lead doctors who helped create Gardasil, recommended against dosing under the age of 15. From a 2009 article on CBS News by no other than Sharyl Attkisson a quote by Dr. Harper: "If we vaccinate 11 year olds and the protection doesn't last... we've put them at harm from side effects, small but real, for no benefit," says Dr. Harper. "The benefit to public health is nothing, there is no reduction in cervical cancers, they are just postponed, unless the protection lasts for at least 15 years, and over 70% of all sexually active females of all ages are vaccinated."

We're a decade out from 2009, not even the 15 years Dr. Harper mentioned has passed. Yet CDC is recommending that 9 year olds, 2 years young than the 11 mentioned in 2009, be vaccinated. And states want to help make that happen.

I'm not as worried about the 22 year old & her ability to make choices; she was already 9 years old when my youngest (now 15) began his regression into severe autism & she remembers overhearing the family arguments regarding suspicions of the role his vaccinations played in this occurrence.

The twins, however, grew up heavily influenced by the changing political climate surrounding vaccines & they are simply younger & more susceptible to social influence. Knowing that an overbearing mother will send teenagers running in a direction counter to my wishes, I struggle to downplay my concern for this HPV vaccine.

They are 'autumns' ... A reference to the 1980s popular book 'Color Me Beautiful". I might be wrong but when I scan through memorial pages for victims of the HPV vaccine; I 'see red'. I see red haired girls, brunettes with natural auburn highlights & golden blondes (versus ash blonde). Even the black girls & women have that beautiful dark cherry undertone. They are called 'Autumns'.

I'm wondering if a certain phenotype is displaying an increased risk of adverse events associated with that vaccine? Anyway, as minors; they will not be receiving the HPV but they have both just started at their respective Universities & I will lose my rights over their healthcare decisions next month, when they turn 18.

They know how I feel. I am an ASD mother of one child dead & one child disabled by vaccines. I believe our genetics are not conducive to tolerating immunization well. My life revolves around being unemployable to care for their now 6'3", 220 lb 15 year old brother who is now incredibly aggressive & physically violent. To be blunt; I have no more resources left with which to care for another permanently disabled child.

We have reached an agreement to where if they do decide in the future to be vaccinated, that first they will have a pre-immunization baseline cytokine profile done. In the event they were to succumb to an adverse event from the vaccine; they will at least have proof of their pre-immunization, immune-system status, with which to more effectively navigate the ridiculous 'vaccine court' & the potential provider of the vaccine will be aware of the family history, the proactive measures taken warranted by such history & they can proceed with that knowledge accordingly.

That's about the best I can do. I'd much rather have healthy kids but if they refuse my warnings & need compensation, at least I can help with that. Parents of vaccine-injured children are already trafficked by the Dept of Health & Human Services into servitude. If there must be a next time (God Forbid) they should pay.

Carol, In fact there never has been a justifiable "rationale" for this extremely toxic HPV vaccine; it has all be created by the fiction that 45 years after exposure to hpv viruses, out of nowhere cancer can develop. Viruses when they do cause illness act immediately, and not many decades later.

The interesting exception is herpes zoster (chicken pox) that may trigger shingles in older adults who've not been exposed to childrens' chickenpox the last several decades due to the damn chicken pox vaccine injected into infants/children, thus grandparents' innate immunity to chicken pox has therefore NOT been reinvigorated due to decades of non-exposure.

Every Single Thing about the HPV vaccine being beneficial is total fabrication created by our completely indoctrinated Medical System, Private and Governmental (including NIH, CDC, FDA, Institute of Medicine), that REFUSE to examine the mountains of Journal Papers clearly showing the extreme toxicities and dangers of vaccines' ingredients/excipients.

And, Refusing to listen to the tens of thousands of real parents testifying in State/National Hearing for the last three decades, testifying their infants, toddlers, children were DESTROYED or DAMAGED immediately - or within days - by their vaccines.

Perhaps the products destroy libido as well. We know SSRIs which many young people are given and shouldn’t be cause this problem, including genital shrinkage.

The most outrageously offensive and insanely insensitive part of that article is the statement, "But Canada’s mother, who had consented to all of the other recommended immunizations for her 13-year-old daughter, declined it, saying she'd heard rumors that the shots had caused the death of several girls." Why? Because the deaths of young girls and boys due to the side effects of the shots (like Jessica Ericzon, Jenny Tetlock, and so many others) or due to the suicides brought about due to the traumatic, life-changing paralysis or other effects of the shots (as in the case of dear Colton Berrett) are stated to be mere RUMORS instead of REALITIES. These DEFINITIVE GARDASIL-INDUCED DEATHS of children and young adults are very REAL to their parents, their families, their neighbors, and their friends.

The people who write these types of purposefully misleading and fraudulent articles are disgusting-- the lowest of the low. They need to be fully exposed for the pharma whores they are.

Only a couple of my daughter's friends have sexual partners. They're more interested in going to college, it seems. Is it possible that young adults across the board are having less sex?

Maybe the rationale for this dangerous vaccine is gone.

'We're a decade out from 2009, not even the 15 years Dr. Harper mentioned has passed. Yet CDC is recommending that 9 year olds, 2 years young than the 11 mentioned in 2009, be vaccinated. And states want to help make that happen."

I believe there is pending legislation in NYS to administer the HPV to 9 year old's .. ABSENT PARENTAL CONSENT. I hope to God I am wrong … but … it would not surprise me to learn this legislation is pending approval.

Yesterday on local news … a poll showing a majority believe unvaccinated children ought not be allowed in a doctor's office waiting rooms.

Apparently the determined effort to DEMONIZE our unvaccinated children has been very successful .. it may be only a matter of time before we are all … ADULTS AND CHILDREN ALIKE .. are required by LAW to wear highly visible arm bands or badges signifying our vaccination compliance. I know that would be extreme .. but .. 'EXTREMISM' when it comes to vaccine COMPLIANCE is now common practice and policy.