Flint Children "Lucky" It was Water 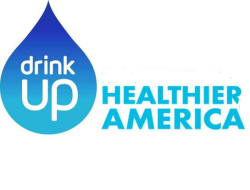 Before you drown me with "I can't believe what that headline said”,  hear me out. The article below discusses in a rational fashion the damage to Flint, Michigan's young student population because of the toxic levels of lead in their drinking water. Thank the good Lord. Those kids will get help and services. They drank water. Safe water, right? No. Their water was tainted with lead. Lead is a known neurotoxin removed from gasoline and paint decades ago. And supposedly in "safe" levels in our drinking water.

Special education rates have been increasing for decades. Our own Anne Dachel runs a website that only publishes article about the burden of growing special education on districts across America and even worldwide. She has thousands of articles. Take a look at Loss of Brain Trust. You'll be shocked to see how local media is on top of the changes in their schools.

The article below tracks children exactly five years after the exposure of high lead levels in the water. 20% of 5 year olds are eligible for special education. TWENTY PERCENT.  But what was the number 6 years ago? This is also the flu vaccine birth cohort. And the most heavily vaccinated pediatric group in the history of medicine. We can talk about water.  We can point the finger at water. We can (and should) demand safe water. No one owns a patent on  water. No company spends millions protecting & promoting water. Politicians don't get donations from clouds. As Senator Dick Pan said in 2015,

"You know what's the most dangerous substance in vaccines?"

"More children die of water toxicity, than anything else that's in the vaccine!"

Indeed.  No one will be called "anti-water."

From EdWeek: In Flint, Schools Overwhelmed by Special Ed. Needs in Aftermath of Lead Crisis

Years after reports surfaced of alarmingly high lead levels in the water system, the toll of the crisis is becoming clear: At least 1 in 5 students in Flint's public schools are eligible for special education—and the school system is buckling under the weight of federal requirements and costs for providing programs and services.

The percentage of special education students has increased by 56 percent, rising from 13.1 percent in 2012-13, the school year before the water crisis began, to 20.5 percent last school year.

Schools are understaffed. Teachers are overwhelmed. Parents are frustrated.

The fallout in Flint could foreshadow problems in other districts. Schools across the country have found elevated lead levels in drinking water.

To make matters worse if you are susceptible to lead poisoning you are more at risk from mercury and the toxins are synchronistic.

Thus a lead poisoned child can get exponentially harmed more by a mercury-filled flu shot. Or a leaf poisoned pregnant Mom.

That movie Idiocracy was prophetic.

Are they reporting on how many other cities in the U.S. have this same problem? I've heard it is many more.

But lead managed (something like 30 years after condemning research) to get on the radar of the general population and corporate practices (this includes our government) began to change, so, as people understand lead is a problem, they have to go with this story (in a limited way) now it has been outed.

We can't afford to wait 30 years for the toxicity of Hg, then Al, and wireless radiation (all of these acting in synergy I believe), etc. to be acknowledged, or the vast majority of U.S. and maybe global children will be celebrating if they learn to tie their shoes by age 12 and read at level-K by 18, then if they make it to that point look forward to a life expectancy of about 40.

This is straight out of Big Tobacco's playbook: First, redefine scientific protocol to reflect 'lawyers epidemiology' & then scapegoat every other possible contributor to the prevalence.

We have Big Tobacco to thank for the industrial 'downwind/downstream' theory, the 'sick building syndrome' theory & the Radon scare. Funny thing is that Big Tobacco could be the potential 'ace in the hole' to exposing the true origins of SV40 cancer.

I've found industry documents suggesting that their knowledge of SV40 is in regards to its potential for viral vector chemotherapeutics ... This is ONLY to have been achieved by those who already knew that SV40 was causing cancer in humans. ONLY.

I'm unsure but there may have been an under-the-table deal with the CDC to 'I'll scratch your back if you scratch mine' that has allowed BT to continue to profit from marketing to consumers by 'quashing' what they found out about the real cancer threat from the Polio vaccine.

The disconnect is easy to explain. The “press-titutes” aren’t being financially impeded by their Big Pharma advertisers from freely reporting on lead in water as they are on aluminum in vaccines. This perfectly illustrates my contention that by now it’s not so much about journalistic incompetence as it is about corruption and conflicts of interest. THEY KNOW. THEY ALL KNOW.

And this is why Trump won. This is why Congress’ approval ratings are in the teens. This is why no one pays attention to the mainstream media any more. This is why the “swamp” is losing control of the narrative, and now exposing their true colors to all in NY state instead of addressing parents’ legitimate concerns.

Hubby and I decided it no longer pays to lay low and hope our kids aren’t targeted. So now we are reaching out and informing everybody around us about the truth. We feel that’s the only way to turn the tide, and besides what have we got left to lose? Just this weekend I “red pilled” my daughter’s classmate’s mom. In a few hours of texting she went from relative ignorance but having spaced out her own son’s shots, to finding out why we may not be coming back to school next month, to supporting us, to realizing the next mandates will be targeting her kid and eventually the adults too. She asked to meet me for coffee when she gets back in town to get more info - saying, “Holy cow...this is scary”.

Big Pharma’s & the politicians’ tactics will backfire spectacularly. They already are.

Odd there as been so much media coverage when LEAD is found in "drinking water" or in NYC public housing "peeling paint chips" … yet … not so much (NONE) media coverage when HIGH LEVELS OF TOXIC ALLUMINUM .. FAR EXCEEDING LIMITS FOR CHILDREN .. IS KNOWN TO BE IN HEP B vaccines administered to perfectly healthy new born infants?

Surely the media would report a known toxic substance was being INJECTED INTO NEW BORN CHILDREN … SO WHY ARE THEY SILENT ON ALUMINUM IN VACCINES? What could possibly explain the disconnect between diligent reporting on LEAD while deliberately IGNORING ALUMINUM?

What has happened to our 'FREE PRESS" in our country?????