A Sample of a Real Vaccine Conversation 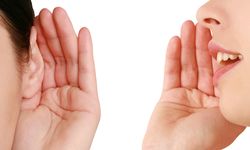 Note: In many areas of life, there are two realms, what the media wants you to think, and what is really happening at the ground level. Below is a recap of a conversation about vaccination safety and rights. Thanks to the Mom/reader/good friend who allowed us to reprint. We've changed names to protect her privacy. Remember privacy?

John & I went to Costco today and stocked up on wild Sockeye, organic vegetables, avocados, some paleo stuff, you know- all of our regular shopping.

As I was grabbing a sample from one of the vendors , I was checking ingredients for John and said “darn John- it's got dairy!” The sample lady, Lynn, said “oh geez, is your son allergic to dairy?”.

I told her “YES, and it could happen to you too, so be careful!” She asked what I meant, and I explained that there are food proteins in v@ccines that also contain aluminum adjuvants, and when injected together, they can & do cause food allergies. There’s plenty of published research on that, but THEY ( doctors) never tell you that because they never research - they just regurgitate what the CDC provides them.

She asked which v@ccine that was that caused my son’s dairy allergy, and I explained the DTaP v@x is the one with bovine/cow dairy. My son became severely allergic to dairy right after his 2 month infant shots. I couldn’t even consume dairy when I was nursing him or he would develop gut migraines that made him scream in agony for hours & hours.

She was shaking her head, and said she got all her shots as a kid. I said I did too, but there weren’t many. I asked how many she got- and she could recall only 3. I whipped out my iPhone and showed her today’s schedule of 72 shots- and she was blown away. She couldn’t believe it.

Then I explained - remember how computers used to be the size of houses? - but look- now I’m holding one in my hand.  I said you know, iron lungs have benefited from similar technology- they are now called CPAP machines. Polio has been renamed, not eradicated. They now refer to it as AFM- acute flaccid myelitis. She was really paying attention to every word. I told her to research “Cutter incident”. She wrote that down.

She asked what was all this crazy stuff in the news about measles being “deadly”? I asked if she got measles? Mumps? Chicken pox? She said, yes, everyone got those. I told her I had all of them too, and now have natural lifetime immunity. She agreed the measles scare was ridiculous. I told her to do an internet search for “Larry Solomon Merck has some explaining to do”. I explained the “measles” propaganda was being funded by Merck, who had fooled (or connived?) our government into giving them a monopoly on a completely defective v@ccine- because the profits they make by forcing every child to get their shots was like a cash register taking money all day long. I said Larry Solomon’s article in Huffington Post would explain that all very well. I also told her that Merck has 3 whistleblowers- all senior scientists, wanting to testify on fraud , but the court case has been continued for about 8 years, never reached the courtroom.

I explained how our former CDC vaccine division chief, Julie Gerberding, was given a 2.5 million dollar salary (plus perks- said to be worth about 7 million total annually!) at Merck as a reward; for convincing our government to mandate 3 Hep B V@x’s on infants, beginning on day of birth. She said “isn’t that sexually transmitted? Why would they give that to babies?” I explained it was a farce, because EVEN IF the mom was infected with Hep B, the vax would take 2-3 weeks to create antibodies ( if it really worked), and that would be too late for an infant BORN INFECTED, which 99.99% are not. I told her about the 1986 law protecting v@x manufacturers from being sued, explained how parents have to take on the federal government with their own funds. (Edit: and the maximum $$ payout for a vaccine death, should you “prove it” is $250k, yet in civil courts, where cases are public & there is a jury, people get millions for other types of injuries & wrongful deaths)

I showed her the v@x schedule- how it jumped from a handful in 1960, to 72+ after that law was passed. She said “ do you think v@ccines cause autism?” I told her they absolutely do. She said “ I can believe it now- all my friends have grandkids with autism”.

I thanked her for listening and told her I had to leave, but she insisted on shaking my hand. I told her I didn’t want to dirty her sterile food handler gloves- but she said, “I’ll change my gloves- I need to shake your hand!” (Well- I guess I made an impact?!!)

I wish more people were willing to just LISTEN. Its so strange that people get pissed off when they hear that a pharmaceutical company like Merck committed fraud, and KNEW, in their own pre- marketing trials, that their drug Vioxx was causing a ton of deaths......yet they are willing to believe that same company is being completely honest on v@x research. The American media has created sheeple that simply follow along. Ugh. I used to be one of them.

During the almost month-long now, daily beatings I endure on Orac's blog, I mentioned that I have literally been approached several times while out & about in public, by people who were watching my son's behavior & quite bluntly have asked me: "Was it the vaccines?"

Well, they don't believe me at all. I have been called every synonym in the book for the word; 'liar' that exists & then some. To the provaccine; the general public is on their side & the 'antivaxxers' are the lunatic fringe.

They are blind to what most people are not: That my galloping, skipping, flapping, shrieking & sometimes charging, attacking & punching (me); 6'3", 220 lb autistic 15-year-old is a living & in-your-face advertisement for NOT VACCINATING.

Sucks to be them, I guess. It is what it is & when you refuse to hide your kid at home & insist on them being included as a part of their community; people ask questions.

I wish I could think of a catchy slogan for vaccine-injury, such as the: 'We're here, we're Queer; get used to it!' crafted by the LGBTQ community but I'm just not that creative.

Repeat it a lot. Changes the discussion back in our favor.

You can also add:

Rates of congenital defects have increased since the rubella vaccine.

Rates of invasive diseases have increased since the meningitis vaccines.

Rates of sterility have increased since the mumps vaccine.

Rates of liver cancer have increased since the hepatitis b vaccine.

What you should never do is say:

Sure, vaccines work and all and sure germs are super duper dangerous but vaccines can be dangerous too.

Lying in order to make ourselves sound more moderate is a disastrous strategy. It's true that much of our practical lives is some give and take but such tactics don't make any sense when you're dealing with people who refuse to act in good faith. And pro-vaxers *never* act in good faith.

Great story and information. Thank you.
But why do Facebook and Google trackers and cookie need to be active in order to display the page? I had to pause blocking of these to get the page to display. I don't have to do that on other websites. Not cool.

An elderly couple I meet at the allergy pillssssss isle, so very friendly, the wife asked me what I used. She said they tried them all on her hubby, all; and none worked.
I said I like the nasal spray stuff when I go blind sometimes in the spring. She said yeah the doctor gave it to him, but he won't use it on a regularly basis.

I said maybe not getting the flu shot, since it drives the immune system to react.
She started repeating that to her husband, about four times in a row.

I started to leave, and he smiled a sweet smile; A pretty smile even if it was only a one sided smile. I had noticed he was crooked with his mouth earlier so it was not a smirk.

He said, he'd believed he would not be following my advice on the vaccines.

I shrugged my shoulders. I am too lazy to try to save a man's life? Too tired more like it.
I would have to banish the lovely thoughts of Salk and the polio vaccine out of his mind first.

Someday I hope to have one of those conversations. Could really make my day.

54% of todays children suffer some neurological, biological, physical childhood development problem … up from 12% in 1986 when children received 6 vaccines .. compared to the 16 vaccines in 72 doses now .. and .. that RISING TREND IS ONLY GOING TO WORSEN IN THE COMING YEARS … when it is expected that autism ALONE will be 1 in every 2 children by 2032.

I suspect this CONVERSATION between strangers regarding vaccines will be happening more and more .. as the problem has been IGNORED, DENIED FOR DECADES NOW, BY THE MEDIA, PUBLIC HEALTH BUREAUCRACIES, MEDICAL PROFESSIONS …. YET THE SHEER RISING NUMBERS OF UNHEALTHY CHILDREN WILL FORCE IT INTO THE PUBLIC SQUARE.

Thanks, Kim. Excellent. Only one quibble: Wasn't the Hep B mandated in 1991, long before Julie Gerberding's time? Perhaps she meant HPV, which Gerderding did shove through, like the pig through the python, in order for Merck to recoup their losses in the Vioxx settlements and payouts.
Laurie: speaking of the varicella vaccine:
https://journals.sagepub.com/doi/abs/10.1080/10915810600870591

THANK YOU for all you're doing and taking the time to speak... SO GLAD the clerk was listening! There isn't enough time to get to it all, but Chicken Pox v@x and shingles is a tractable idea to many older folks. Chix Pox requires periodic challenge so as to ward off shingles later on. I'm lucky to have had mild wild measles in the 1960s YEAH!. Wild mild Chix Pox good for me back then too, but because of the v@x against it now, there's an epidemic of teenagers and younger people getting shingles which is much more difficult and problematic............ And when older people, who are now NOT being re-exposed enough, it's even worse shingles for us.......