Social Care: Are the Autistic Dependent Becoming More Numerous than the Aged? 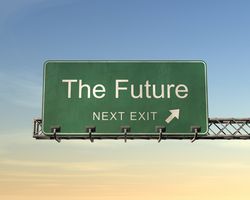 Age of Autism's John Stone submitted a rapid response to an article on BMJ: Social care: are the autistic dependent becoming more numerous than the aged?   Read the full RR as British Medical Journal here.

Have we sounded the true depth of the problem [1]? Recent reports suggest not. This is from an article about parents suing the government over Special Educational Needs Funding (SEND) [2]:

"Jenni Richards QC, for the families, told the court during a hearing on Wednesday that there was “clear and incontrovertible evidence” of a “substantial national shortfall” in funding...She said the figures showed there were 25,540 young people aged 16-25 in January 2015 with a statement or Education, Health and Care (EHC) plan, which had increased to 84,260 by January 2018...Government lawyers said the increase in demand was recognised by the ministers and that Mr Hinds had “made it clear” that High Needs would be one of his priorities ahead of the 2019 Spending Review."

Another report in the Independent states [3]:

"Analysis from the National Education Union this week revealed that more than 8,000 young people with SEND are awaiting provision for a school place."

I did a quick Google search and was amazed at how many articles there were about today's youth and the ways in which they are unfit for services. According to military.com, about 1/3 of today's young people are too obese for the military.

And here's a long list of conditions that will keep you out of the military. Makes for interesting reading - severe allergic reactions, gastrointestinal issues, mental illnesses, etc.

The comparison would not be with people over 65 it would be with people over 65 needing social care. One thing about the aged is that overall they need social care for a comparatively limited period compared with someone with a lifelong disability. Note my letter to the Chief Medical Officer at the beginning of the year. The document alluded to was not on-line but I was going for a conservative estimate - probably the rate of increase if it did not get any steeper was on trend to overtake the aged by the middle of the decade.

This is a catastrophe and mega-funding crisis yet it is not even marked up as a national issue.

I don't see any comparative figures on the aged in the article. According to google thats about 12 million over age 65 (well over 1 million over 85) John Stones full letter also does not mention any comparison with the aged population.

USA Today has a front-page article about the problem our military is having because 71% of 17-24-year-olds are unfit for military service. Still, no real concern. We are doomed.

Ohhhh, Bob; I have to tell you that I enjoyed those nine hours of Plotkin, and I love, love that lawyer. It is the first time I felt like I got some validation in a court of law; and it won't be the last time (hopefully). Well; it can't be or there will be nothing left of civilization. Anyway those nine hours were a jewel, a diamond, of a video.

As far as this article goes. Sigh.
I read somewhere that 87?percent of those with autism live with their parents.
I wonder if most of those 13 percent that have moved out are really just parents moving them out into a little house, or trailer, or in with another relative like a aged grandma, or cousin ? Of course there is those that are put into institutions. So, I am pretty sure it is higher than 87 percent.

As I look around at relatives and neighbors, I see they have done just that, but clearly the parents are still heavily supporting these grown kids. These are grown kids that would be considered mild autism, or in many cases autism has never been mentioned, but that is what they got; never the less. SO, perhaps our fearless health agencies were right and it is underdiagnosed ? OH, for the longest time mine did not have autism either, he had PDD/NOS. LOL.

Now they say it is a tongue or voice box, or muscles that are just too weak to talk. Not autism, but a communication problem? That along with diabetes; Oh, that and those off kilter eyes that they need eye patches for that might straighten them up. A brain injury perhaps, well born with a brain injury. However; I witnessed my son's brain injury and daughter's too, even if at the time I was not totally understanding it all.

For years people said to just time to Move on. That vaccine injury happened a long time ago.
I know they are all saying behind my back that I am an antivaxxing lunatic. Well I would move on, but it comes along with you were ever you move on to.

Autism it's such a beautiful thing, ka-ching!

Thanks, John. Beginning to seem like the UK may be falling to pieces, like Humpty Dumpty, even faster than the U.S. On another forum a commenter linked to the latest longevity statistics in the UK. The only age group increasing in longevity was the 70-74 group, the immediate post-war cohort. The worst off were the 30-34 group, which would coincide with the rapid increase in mass poisoning beginning in the late '80's. I would suspect the younger age groups will meet the same fate when they reach their 30's. This is truly horrifying.

"Jenni Richards QC, for the families, told the court during a hearing on Wednesday that there was “clear and incontrovertible evidence” of a “substantial national shortfall” in funding...She said the figures showed there were 25,540 young people aged 16-25 in January 2015 with a statement or Education, Health and Care (EHC) plan, which had increased to 84,260 by January 2018..."

We are very lucky to have "expert" public health bureaucracies, academic researchers, media .. to explain any increase in autism is due to "better diagnosing" and "broader spectrum" .. otherwise we would think autism .. now EPIDEMIC ALL OVER THE WORLD .. is the direct result of global vaccine policies .. especially with increases in the NUMBERS of vaccines corresponding EXACTLY alongside the increases in autism. Yeah, I know .. correlation does not prove causation.

Just listened to 9 hours of sworn testimony by Stanley Plotkin .. a man who is considered the GODFATHER OF ALL VACCINES .. unquestionably the MOST QUALIFIED "expert witness" on the subject of vaccines. Plotkin's testimony can be viewed on YOUTUBE .. and .. is well worth both .. the time and effort to view .. as it reveals .. under oath .. just how callously indifferent the entire industry is to producing a truly SAFE product .. and .. the extreme measures the industry has undertaken .. such as .. "experimenting" on various vulnerable populations .. mental patients or entire populations of undeveloped third world countries .. practices that were absolutely no different than former Nazi "war criminals" that were hanged at the conclusion of the Nuremberg Trials. The absolute DISDAIN this VACCINE GURU has for RELIGION .. proudly identifying himself as an ATHEIEST .. quite willing to believe that SCIENCE IS THE ONLY TRUE GOD …

Really .. if you have time .. this TESTIMONY IS ALL YOU BELEVE IT TO BE ABOUT THE MORALLY, ETHUCALLY, INTELLECTUALLY CORRUPT "SCIENCE" OF VACCINES.