Home Donate Contact Us Special Reports Science Subscribe by Email Subscribe to RSS Our Mission
Age of Autism Fund Raiser Against The Summer of Censorship
Amazon Prime Day 7/15 and 16 Support Age of Autism Through SMILE! 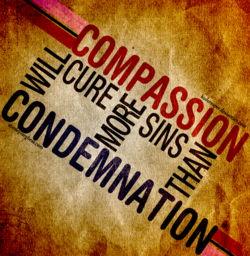 Ronan was scheduled for a procedure last week that would require sedation in a clinical setting.  Procedures, sedation, and medical clinics make Ronan nervous.  All of that makes me nervous also.  Some of my worries were put at ease though.  The day before the appointment, a nurse called to give me a rundown on the procedure.  I was grateful for the chance to hear ahead of time what was going to be expected of Ronan and of me.  I was very happy that the pediatric critical care team knew much of Ronan’s past medical history, too.  Their knowledge and understanding of his seizures, sensory issues, and his inability to communicate verbally put my mind at ease.  So did quite a few statements the nurse made during out 30-minute phone call.

Besides writing down a few notes during the call so that I could share them with my husband prior to our trip to the clinic, they were such good and reassuring statements that I wrote a few of them down:

We understand the potential complications and that Ronan’s going to be nervous.  We’ll meet Ronan where he is…that means we’ll work with what he can do and do that at his pace.

You know your child best, Mom.  You know him better than I know him.  If things get too overwhelming, or if he has tried and tried again but can’t go further, you’ll know when enough is enough and be able to tell us.

We follow the scope of practice, but we will need you to continue to advocate for him like you already do.

We’re working with him because he’s considered a critical care patient, but we’re here for you, the parent, too.  We’ll proceed once Ronan, and you, are ready for us to.

I don’t want to make any promises that I can’t keep.

If I haven’t answered all of your questions, because you may think of some after we hang up, call or text us any time between now and your arrival tomorrow.  No question is too difficult.  If I or one of the nurses can’t answer it, we’ll find someone else who can.

Most of the questions I had before the nurse called were answered in that call.  But she was right.  After my husband and I reviewed the pre-op notes I’d taken, we discovered we did have a few concerns.  None were too pressing that we couldn’t wait to ask the team when we were with face-to-face the next day.  I had already been given Ronan hints that we would soon be going to see the doctor, so I took the info I’d written down and shared it with him.  I didn’t know how much Ronan would understand, but I needed him to know the basics:  tomorrow was the big day, he’d have to fast until after the procedure, he’d meet some new doctors and nurses, and that mommy and daddy would be right there with him the entire time.  Ronan signed ‘yes yes’ and then did the Sign of the Cross.  Anytime he hears the word doctor, he asks us to pray, In the name of the Father,

and the Son, and the Holy Spirit…Amen.

When we gathered for family prayers later that evening, the siblings all prayed for Ronan and his big day at the hospital.  We prayed for the medical people we’d encounter – that they’d have compassion, and we prayed for Ronan – that he would do well with all the poking and prodding we knew he’d be subjected to.  Most of Ronan’s medical journey has included a lot of questions.  Why this?  Why that?  Constant wondering, constant worrying and knowing that not every test or procedure will come with answers, just more questions, can be unsettling.  So we also prayed for good test results, which could take a few weeks to receive, and that we’d get some useful answers from them.

True to their word, when we arrived the next day, the critical care team was ready for Ronan.  They’d thought of even more accommodations for our son than the ones I’d mentioned he’d need while I was on the phone the day before—dimmed lights, the offer of warm blankets to keep Ronan warm in the chilly exam room, and use of an iPad to keep him happy.  While getting Ronan settled, they also lowered their voices knowing full well that even though Ronan wears noise-cancelling headphones, he can hear everyone and everything going on around him.  Respecting that he was already nervous, they did not want to be the cause of any more worry for him while talking to us about medication side-effects and potential risks associated with the procedure.  They thought of more than others would’ve thought to have on hand.  Extra effort was already offered, but even more would be required from the medical staff present once the procedure began.

Once all formalities and were complete, though, the team asked us to be the lead.

Us?  Me?  Ronan’s Dad?? I could’ve balked.  I could’ve said, That’s not our job!  You’re the nurse, the doctor, the resident, the medical tech, not me!  Do what you’re supposed to, and let us follow your directions.

But Ronan’s needs, which his father and I do know best, were most important and initially would be handled best by us.  We weren’t asked to be the ones to administer the sedation medication, to monitor his breathing or his airway, or to do the procedure itself, but we could talk directly to Ronan, we could walk him through what was happening and what was going to happen next, and we could give him the reassurance he absolutely needed before, during, and after the minor procedure.  So, that’s exactly what we did, and with just a few hiccups due to sensory issues, Ronan went into and came out of the procedure like a champ.

We do what we can to give Ronan as much information about the day ahead when we have appointments like that one scheduled, but he’s still uneasy the day of the appointment.  That uneasy feeling can come over any patient, not just to a kid who has non-verbal regressive autism.  I’d like to think that because of the well-crafted, patient-centered plan that the critical care team had in place, as well as with the absolute compassion they offered pre- and post-op, we saw Ronan be the very best patient he could be.  We couldn’t have asked Ronan to do what he was asked to do without that type of compassion.

You realize they do this to make the most possible money Right? Customer service model. We will have really gotten somewhere when we get real informed consent for vaccination. Those same lovely nurses and Doctors will hound you to death to stick to the vaccine schedule. I know, I am a RN who will be fired for honesty. I don't work in pediatrics. I couldn't do it.

Impressive, Cathy, the way this team cared for your family. Professional in the best sense of the word.

Walk in my shoes. Listen to my nervous racing heart. See the plea in my eyes.
Yup, the people who helped Ronan and you certainly gave you a full measure of compassion, and that's spelled "l.o.v.e."

Thank you Cathy it is good to hear medical staff behaving compassionately. I hope Ronan will never have a reason to fear them again. The pediatrician who was assigned to my son for the last 12 years retired recently. The doctor who replaced him is a breath of fresh air.

Cathy I'm glad everything went well for Ronan and he is doing well. The hospital staff did a great job of handling the whole situation and procedure. You are a wonderful and caring family and God Bless all of you.