The Honest Company, founded by actress Jessica Alba "I founded The Honest Company because I wanted safe, effective products that perform. After all, you shouldn't have to choose between what works and what's good for you,"  tripped up pretty badly on Instagram this week. They posted a photo of a gorgeous baby, covered in bandaids from three injection sites - vaccinations. The baby looks to be 6 month old. According to the CDC schedule, a 6 month old American baby receives at least Rotavirus, Diptheria, Pertussis, Tetanus and Pneumococcal. Three shots, 5 diseases.  There are thousands of comments expressing grave disappointment that this company appeared to be promoting vaccination - taking a side - saying "THIS" is right for your baby. The company added a limp "update," (the publicity department was huddled under a desk, sniffing lavender, no doubt) that attempted to smooth the waters without actually saying, "WE BELIEVE IN VACCINE CHOICE." Wishy washy at best. But at least an attempt. Head over to Instagram and see for yourself - until they pull the photo. You'll see a familiar name in the comments - our Ginger Taylor chimed in with honest facts. 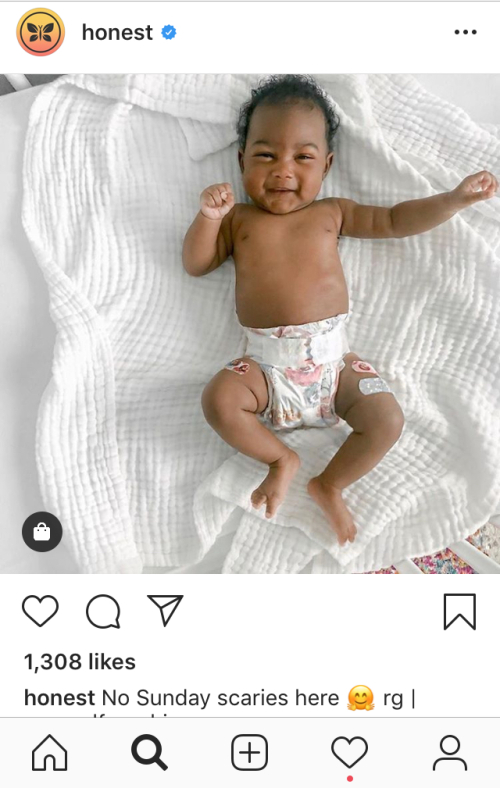 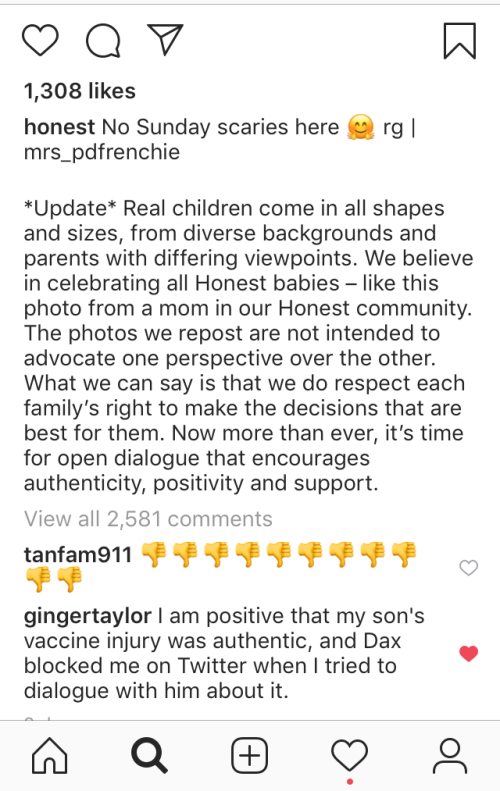 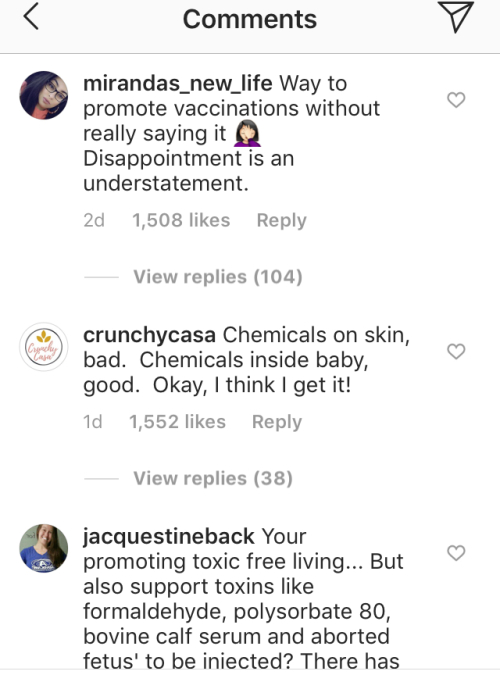 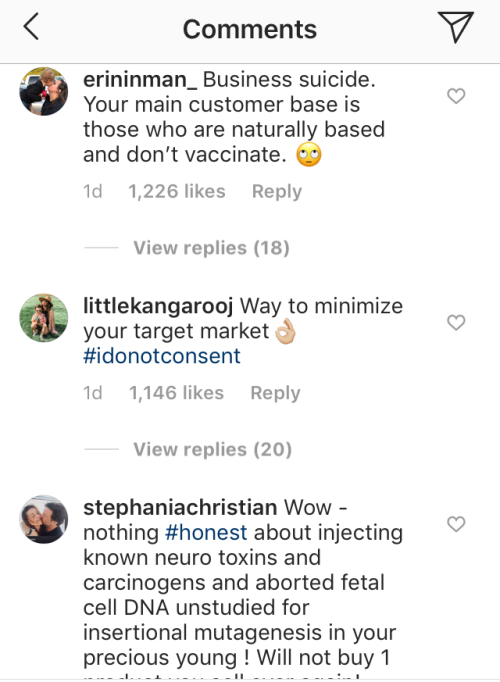 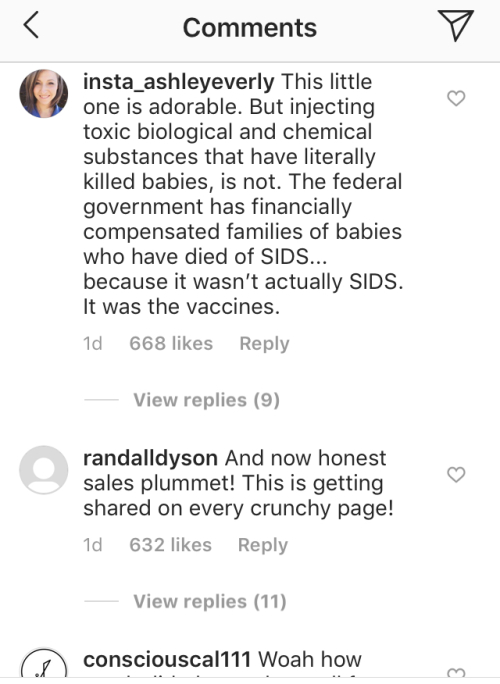 Is that baby laughing or crying? Also, I think it looks cruel to strip off all the baby's clothes and leave him lying on a table. Perhaps it's too cold over here in the UK, but we also like to cuddle our kids especially when they're being attacked!

Does that baby get royalties from Pharma? Has anyone called his/ her agent?

At six months the standard schedule has the third Hib shot as well. Polio at two, four, and twelve to eighteen months old. And the first flu shot. The third hep-B shot if they haven't finished the three-shot series by then. In the UK, they'd give the meningococcal vaccine as well, and maybe the B version of it to boot. So it would be very common for an American child to get EIGHT doses of vaccines in SIX shots at the six-month visit. Without polio, that would be diphtheria, pertussis, tetanus, hep-B, Hib, Prevnar, rotavirus, and flu.

I'd say it's very likely this hapless infant got that many, but those preparing this pharma propapanda for release realized that it wouldn't give the desired impression to many of those uninformed about the modern vaccine schedule, and decided not to put bandaids on all of the puncture wounds. The surprising thing would be if this child grows into a healthy childhood, with no neurological, allergic, or autoimmune vaccine damage.

LOL All of the comments are pretty much critical of a still smiling baby with bandages representing vaccine injections sites. -- as one comment said: Good way to minimize your target audience ; should send them under their desks sniffing lavender. They missed it big time.

It does my heart good to read these comments by Ginger Taylor and others. It shows there is a growing minority of people who are not brainwashed into believing healthy babies need horrendous chemicals injected into them.

This is literally outrageous (the depths of deceit they wont go to):

But eight other vaccines, including measles, meningococcal C and hepatitis B, had only been recommended -- and coverage was lower. Now, unless they have a medical exemption, children need to have had all 11 of these vaccines to attend a state-run school.
"Taking away freedom of choice can easily appear authoritarian," says Jeremy Ward at the VITROME laboratory. In France's highly politicized environment, he says, this could prompt a minority who were previously hesitant to become rampantly anti-vaccine.

"There's a lot of pretty negative, discouraging and sometimes quite frightening material about immunization on websites," says Larson. (You bet ya Heidi)