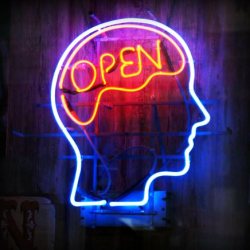 Note: We're pleased to excerpt this Op-Ed in Boulder, Colorado's Daily Camera, written by Gretchen Maclachlan and suggested to us by Laura Hayes. Seems there is now a 4:1 ratio of opinion pieces about vaccination in The Daily Camera. Sounds a lot like the male to female autism rate, in a touch of irony.  Boulder is one of America's "open minded" progressive cities.   Let's see about that. Gretchen's bio reads: Gretchen Maclachlan, a Boulder mother, is a graduate of the Institute for Integrative Nutrition and a former public health educator.

The Daily Camera has published four opinion pieces in recent months that argue for “aggressive” government promotion of vaccination and a one-sided view of parents’ growing resistance to the ever expanding childhood vaccine schedule. These pieces don’t acknowledge that children today are given nearly five times more shots than they were 35 years ago and incorrectly assume that vaccines are perfectly safe and effective and have no unintended consequences, either for the targeted diseases themselves or for any other diseases.

The reality is that U.S. law regards vaccines as unavoidably unsafe and that our government regulatory agencies are allied with and heavily influenced by the pharmaceutical industry. This alliance has resulted in a massive push to get our children to take more and more vaccines, which are drugs but known as biologics. A child born today will receive 72 vaccinations from birth to age 18 if they follow the Centers for Disease Control schedule (most follow the schedule). Most of these vaccines will come in the first two years of life. On day one of life, when babies are learning how to breathe, many are injected with the Hepatitis B birth dose (a disease for which most U.S. babies are at essentially zero risk) and, now, the Vitamin K shot.... continued.

I'd like their web folks to see a whole lot of hits from Aof A:  Read the full piece and comment at The Daily Camera site here.

Your right — that article you linked to is brilliantly laid out, logical and thorough. Everyone needs to download it (or at the minimum bookmark it) so as to be able to pass it on to any friend or acquaintance whom are still undecided. As the author says, not everyone is science literate and this also states the moralistic argument clearly. It ticks all the boxes.

Reading it should help to dispel any remaining FUD (fear, uncertainty, doubt) and deflect attempts at being made to feel responsible and guilty for other people catching diseases.

May also be worth asking a professional who sincerely wants to understand “vaccine hesitancy” to read it — as it sums up the whole issue. Tell s/him that it will be 20 minutes well spent. We might even gain a convert.

I’ll link to it again so others know which one we’re referring to.
https://medium.com/@gautamtejasganeshan/is-there-an-intelligible-anti-vaxx-position-52c530b1d518

Thanks again for posting it.

It’s simply astonishing to me that people who are concerned with the use of plastic straws and single use plastics, refuse to take in and accept the scientific reality of the practice of vaccination in the world today. The human activity that is most taxing on planet earth is the manufacturing, distribution, and fallout of this ridiculous ritual.

This piece is even better. A long but excellent read.
https://medium.com/@gautamtejasganeshan/is-there-an-intelligible-anti-vaxx-position-52c530b1d518

In my own small family history over 54 years .. 1 child had spleen surgically removed to treat ITP .. a blood disease that is now listed as potential adverse reaction to DPT and MMR .. has been living life with a compromised autoimmune system since .. 1 child is both lactose intolerant and has asthma requiring immediate access to inhaler for life … 2 children have deadly peanut allergies .. 1 child has juvenile Type 1 diabetes requiring an insulin pump 25/7 for life .. and … because of a few hundred measles cases .. we just lost religious exemption for 1 child who must "catch up" on all vaccines or no longer have access to a public school.

WASN'T MY FAMILY LUCKY NONE OF MY CHILDREN OR GRANDCHILDREN ACQUIRED MEASLES, MUMPS, CHICKENPOX .. ???

Recent study claims 54% of children today suffer neurological/biological/physical development problems .. up from 12% in 2002

Shane Smith recently did what I thought was a very good opinion piece in Red Dirt Report:
Yes, we should be concerned about aluminum in vaccines
https://www.reddirtreport.com/prairie-opinions/yes-we-should-be-concerned-about-aluminum-vaccines

Thank you to Ms Gretchen M . And thank you to the daily camera for posting an opposing viewpoint. Democracy is alive in Boulder Colorado! I posted a comment supporting Ms. Gretchen. thank you A of A for letting us know about this op-ed!