Ronan has a few favorite things – books, songs, movies, and words.  One of his favorite movies is the original Dr. Seuss Horton Hears a Who! cartoon from 1970.  He found it on his own on Youtube and really loves certain parts of it.  He loves showing us the silly Seuss-inspired musical instruments from the story also.  Pointing carefully at his iPad so as not to rewind or fast forward the scene, he turns to us, stares intently at us to get our attention, and waits for us to say some of his favorite words of objects he sees on the screen:  drums, cymbal, trumpet.  I love the eye contact and the attention he shares with us in those moments.  I don’t always love the repetition of him playing the movie over and over again, but I love that he finds joy in parts of a story that I sometimes overlook.

Ronan’s played another clip from that movie over and over again before.  It’s toward the end where the Whos from Whoville all chime in together and yell, WE ARE HERE!  WE ARE HERE!  WE ARE HERE!  Their lives were in jeopardy.  Something had to be done to prevent a terrible tragedy.  Working together, it took the entire population of Whos to let Horton’s jungle-mates know that they existed.  It’s a great scene with a powerful message, but from mid-January through most of February, that was the one and only part of the movie that Ronan wanted to play.  At one point when he would not stop rewinding and replaying that part, I looked at Ronan and thought, puh-leeze, kid, find something else to listen to!  But then, when I heard him play that clip multiple times the next day, I thought, Wait, am I missing something?  I know he’s here.  I’m sure he knows I’m doing everything I can to help him, too.  Since Ronan’s used parts of movies and songs in communication efforts before, I wondered, Is he trying to tell me something??  When I saw that he was just fixated and perseverating on the scene, I got tired of hearing those Whos yelling.  I asked Ronan if he could please either lower the volume or find another movie to watch.  By the end of that week, he’d moved onto watching a different film.

I got some reprieve, but then, about 4 weeks ago, Ronan started listening to Horton attempting to save the Whos all over again.  Oh, no. I thought.  Here we go again.  But the times Ronan would replay that specific scene were uncanny.  I’d hear it after I’d tell the family about the challenges and the threats other parents across the country were facing.  Those challenges were stemming from liability-free vaccine legislation – from the Jewish families in New York, to the freedom fighters preparing to oppose SB276 in California, to the Mainers raising their voices about LD 798, to the group of parents rallying in Connecticut to protect their parental rights, there was much chatter in our family about vaccines over the last few weeks.  Ronan has a lot of deficits because of his disability, but his hearing is not affected.  He hears everything and will react to what he hears.  Vaccine-related stories around the United States and in our home were intensifying.  So was the frequency of Ronan playing that clip about the Whos from Whoville  (that part begins around minute 18:45). 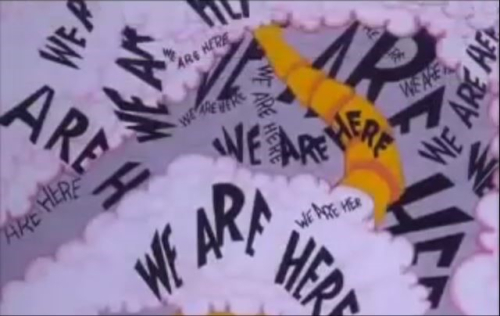 Source: Screenshot from the video

If you’re not familiar with the story, the Whos’ collective effort pays off.  They persevered!  Together, their voices were heard, and they were ultimately saved from destruction.  Speaking up and speaking out as loudly as they could helped preserve them and the Speck they lived on.  Even though just a cartoon, I couldn’t help but find similarities in their dismal situation with recent events I’ve witnessed.

Legislative efforts have ramped up drastically this year.  Instead of including them in the process, parents have been shut out and publicly ignored.  This isn’t the first time parents with valid concerns have been dismissed, and I know that it won’t be the last.  Dirty politics and shady politicians are nothing new.  Their message is clear – they want to only protect liability-vaccines, not the people they represent.  It no longer seems that we have a government of the people, by the people, or for the people; it’s a government shamelessly standing up for corporations and their stakeholders.  With officials’ energies focused on everything but the people, parents are facing insurmountable odds and may feel like they don’t stand a chance.  But if there was one thing I’d encourage other parents to continue to communicate, it’s this:

Because we are.  Our children are here, too, and they are listening.  Those in positions of power don’t seem to care about that quite clearly, which is why I’m grateful that many concerned American citizens have promised to continue to raise their voices.  They’ve done that all while states were in their regular legislative sessions, and I know they will continue to double up their efforts well after each state adjourns.  Parents, and groups that fully support their rights, will continue to share their message during rallies, through letter writing campaigns, and with phone calls and emails to senators and representatives.  I know that in some states, families will experience dark days ahead, but we can’t give up.  Like Ronan keeps reminding me, we’ve come too far to let that happen.

Feeling called to get involved?  Consider checking out these advocacy groups below:

makes me think of an Eva Cassidy version of "People get Ready
(get on the train)
https://youtu.be/bzLd2MDAHK8

Absolutely adore her and that song.

At differentr variant of being another I adore because of her intelligence.

The best of human expression. God stills parses the fruit.

makes me think of an Eva Cassidy version of "People get Ready
(get on the train)
https://youtu.be/bzLd2MDAHK8

Autism is 50 times more common than polio ever was, 30 years and counting.
The vaccine industry will remain the "almost perfect crime" for as long as it lasts.

The people we send to Washington do not work for Americans. They work for the corporations who provide the billions in campaign funds every few years which then goes to the news media.

Those corporations like America's problems just the way they are, the idea is to stay in an endless political campaign so nothing can ever change.

Cathy,
What an intelligent and determined son you have in Ronan!

"..... With officials’ energies focused on everything but the people, parents are facing insurmountable odds and may feel like they don’t stand a chance. But if there was one thing I’d encourage other parents to continue to communicate, it’s this:

YES WE ARE .. STANDING TALL & PROUD .. SIDE BY SIDE …. SPEAKING TRUTH TO POWER
AND OUR VOICES WILL BE HEARD .. BECAUSE WE ARE NEVER GOING AWAY ….