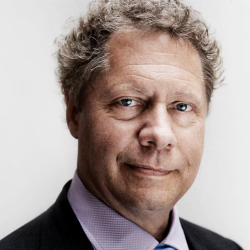 Seth Berkley, the director Gavi, who led the call for a clamp down on vaccine criticism in social media two years ago in the British mainstream journal the Spectator had a few months before been named in the Mail on Sunday as the worst charity fat cat. Ian Birrell had written  an article entitled 'The fattest charity fat cat of them all: Foreign aid boss made Millions out £1.5  billion handed to his charity by British taxpayers' (actually nearly £2.5 million, heading for $4million). He reports:

Alice in Wonderland would have to adapt to say ,and would need, industrial strength behaviour modification/merck-iting barra boy's style, to try and sell that strawberry served up on top of a dollop of sheep's droppings?
"Why sometimes I've belived as many as 17 utopian nirvana goals before breakfast, within The United Nations 2030 Agenda, Sustainable Development Goals"

NVIC had a post today about this worm, who gathered together in Geneva this week with a crowd of other pharma charlatans and hucksters, among them, Alex Azar, Trumps HHS Secretary, to disparage the parents of vaccine-injured children. Destroying civilization while pretending they are the saviors of the Earth. Scum. Exceedingly dangerous scum.

Perhaps that certain class considers themselves the only humans worthy of consideration. and the rest something less. This is more than about money. You may want to read up on Transhumanism. There is an ideology behind the madness whose roots begin with neomalthusianism, social darwinism , eugenics and technocracy.

The goal is the evolution of man where some small percentage attain superhuman status as Human 2.0 with the rest left behind as Human 1.0, much like Human 1.0 left behind the Neanderthals. Robotics and AI will allow for a greatly reduced population preserving finite resources for the elite class (Human 2.0).

Some people will do just about anything for a price.

Sad, its all about money. Right?? No real concern for anyone. This is what gets me. I am a RN I care for people and animals too. As painful as it is sometimes I do care. I have a hard time shutting up. It gets me in some serious trouble. Hard for me feeling as I do in the profession I am in. I have changed the way I talk about vaccine. I now tell people I care about you. I want you to get better. It is YOUR choice. I also underline liability free and we have a choice we can decide we are smart people. I cant work with kids I would be fired in short order. I recommend Del Bigtree and those heavy hitting women Theresa Dieshur and Judy Mikovitz. THANKYOU!!!!! TO EVERY HERO HELPING RESOLVE THIS!!

All partnered up with Bill and Melinda Gates. Sigh, how can some one I never met, voted for, thought so little about; have such domination over my life and so many others? It is suppose to be a big world, and yet it is not.

Reaching out to all vaccine victims.
Another way we could reach out to others is to make them aware of vaccine safety issues is to regularly point out to Pet Owners (our friends & neighbours) that the reason their pet insurance premiums have been going up and up is because their pets are now more likely to suffer from arthritis, cancers, kidney problems and other age related illnesses that only humans were once thought to suffer from. Pets to day on average have shorter life spans than just 20 years ago. Ask them if its just another coincidence that this effect is broadly proportional to the ever increasing vaccination rate?

I’m emailing this to a friend who has just had another cat die within half its normal lifespan. All three from kidney failure. It had become a much loved member of the family and so naturally has left her kid very upset and depressed (well, been worryingly quite) as if he’d lost a sibling. So this might make her aware of vaccine safety as a whole if I can pass it on diplomatically (kinda put my foot in it by warning of a repeat of this very problem when it was still a kitten – should have provided something to read then).

It is an interview with a Vet who is fighting over vaccinations for the very same reasons we are and having witness many of the very same problems we have. I suggest it better just to send it than read it all, because his fight is so depressingly similar.
It's Time to Put a Stop to the Mindless Over-Vaccination of Pets
https://healthypets.mercola.com/sites/healthypets/archive/2017/06/25/pets-over-vaccination.aspx

The science. A list of papers concerning pet vaccinations.
http://www.protectthepets.com/the-science.html

Not my place to judge as much as I want to sometimes. My 25yo was injured by vaccines. I know what happened, I watched it. I tell my story and give info to those who want it. Maybe I’ll have the guts to write truthful, informative stories like the ones on AoA. Thank you all

Thanks, John. Greedy little bastard. Evil knows no bounds in today's world. Although I generally hold physicians (with the exception of most pediatricians) in high esteem, Medicine is a business, and too much of that business, which has created vast wealth, is pure quackery, dangerous quackery, enforced-by-medical-boards quackery.

Some days most days,I have difficulty finding any fine line between vaccination and terrorism.I read today that a man and his teenage son are seriously ill in hospital after being run down outside a mosque in Leicester UK.I am very sorry for them both.But how many will be in hospital today in a worse condition via vaccines -been there bought the t-shirt.The only difference is as I see it `is one openly brags they are killing, the other denies it...if you get blown up by a bomb you will get hospital attention but not if its vaccines.I also ask who has weapons of mass destruction killing populations just now ?Korea?nope!,Russia? nope!,China?,nope! and we could go on,answer its the governments of America and the United Kingdom via vaccines aided and abetted by GAVI and Seth Berkley. Gotta say Berkley doesnt look like a terrorist but neither did Anders Behring Breivik he dressed as a cop so the kids would run towards the uniform for help whilst shooting them point blank.I think Seth acts the part well also.

I wonder how the families of the bread winner handle what their father/husband does for a living..I know people that work for the dark side of Pharma (there isnt a bright good side)and loss adjusters for insurance companies they keep it all very hush.... and make out that all there money doesn't come from the day killing job.I guess the Nazi camp guards squared it with their family's also.

MONEY IS THE ROOT OF ALL EVIL .. and .. there are none more EVIL than those willing to accept MONEY FROM THE GLOBAL VACCINE INDUSTRY TO PERPETUATE THE SERIOUS CONSEQUENCES TO FUTURE GENERATIONS THAT ARE SO PREVALENT AND EVIDENT IN FULLY VACCINATED CHILDREN TODAY.

Someday when the truth finally prevails .. these EVIL DOERS must be held accountable for their EVIL ACTS.