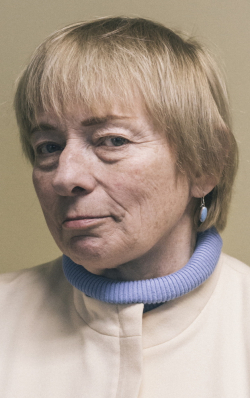 Today Governor Janet Mills, after promising Mainers that she would protect their exemptions, signed LD 798, "An Act To Protect Maine Children and Students from Preventable Diseases by Repealing Certain Exemptions from the Laws Governing Immunization Requirements."

The new law removes religious and philosophical vaccine exemptions from everywhere in Maine law. Children will lose the right to attend daycare, preschool, and k-12, if they do not comply with Maine's vaccine mandates. The measure applies to both public and private school, and will apply even to children with IEPs or 504s.

In addition, adults will no longer be allowed to attend colleges, universities or trade schools, and health care practitioners will loose their jobs, if they do not vaccinate according to Maine law.

Legislators have noted that in their tenure in the Maine Legislature they have never encountered a stronger public outcry against a bill, and opponents inside and outside the lawmaking body have vowed to continue to fight against forced vaccinations in Maine.

The crowd of Mainers gathered at the Maine State House for the final vote chanted, "WE WILL NOT CONSENT!"

The new measure will not go into effect until September of 2021, giving Mainers two years to challenge the law, and even elect a new legislature to repeal the LD 798.

If Janet Mills does not bear the perfect resemblance to Nurse Ratchet I don’t know who does!

2021- because it is such an emergency!
When does the check from Gates arrive?
https://www.med.uvm.edu/newsspotlight/2016/09/29/uvm_vaccine_testing_center_$3.3_million_grant_from_gates_foundation_featured_in_media

Another possibility is, you could organize so that you have enough families willing to remove their kids from schools for a term or two, or even a year. The schools will lose their per capita income, teachers will lose their jobs, schools will be closed down.
Alternatively, if you sent your kids to school but unvaccinated would they actually force vaccinate them? You could cause a lot of disruption.
Get together to form private schools which allow unvaccinated children. I know it won't be legal but we're talking about genocide here aren't we? If you're saying "We will not consent" then you must not consent!

The legislators who push through such laws are taking money from Pharma. Why else go against voters? This behavior will continue until one or more of them is exposed and sent to jail for accepting bribes. That's the only way to stop it.

@Bob -" What will it take to overcome the $$ being spent in state legislatures?"

I wonder if, in addition to showing up at public hearings, and protesting outside the state house, whether parents could blitz their legislators' offices - getting one on one appointments, bringing their children, bringing the evidence. It's much harder to ignore someone face to face. It's also possible to blitz an office with phone calls, faxes, letters, and emails.

I am glad that Mainers have two years to challenge this law.

The legislators should have been shown "Trace Amounts."
https://www.autisminvestigated.com/trace-amounts-oregon/

I hope that Mainers can take those two years to put forth their own candidates for the legislature and governor, so that their will be enough votes to place the exemptions back in. Your voter base would be broad, as they have cut across the entire spectrum of citizens - students in religious schools, home schoolers who grow up to go to college, special education students, health care workers, in addition to the usual k-12 victims of forced vaccination.

"Legislators have noted that in their tenure in the Maine Legislature they have never encountered a stronger public outcry against a bill, and opponents inside and outside the lawmaking body have vowed to continue to fight against forced vaccinations in Maine."

What will it take to overcome the MONEY being spent in State Legislatures throughout the country that allows elected legislators IGNORE the "strong public outcry" against these exemption elimination bills? Why do our elected representatives feel free to IGNORE the vested interests of the people who VOTED FOR THEM?

The problem is zero difference between BOTH PARTIES … since BOTH PARTIES PREFER MONEY OVER PRINCIPLE … which means .. THEY KNOW WE HAVE NO WHERE ELSE TO TURN.

There is ONE politician who CAN BE HELD ACCOUNTABLE .. that would be the GOVERNOR .. since it does not matter which PARTY we must choose … voters can chose which individual PERSON to vote for …