Maine and Colorado Vaccine Exemption Removal Bills on the Ropes 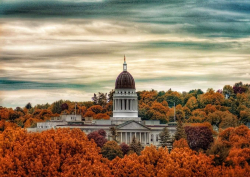 Maine LD 798, the bill to remove religious and philosophical exemptions passed the Maine House of Representatives last week, and was passed in the Maine Senate today, however after the passage an amendment to restore the religious exemption was passed.

It will have to go back to the House for concurrence, so that both chambers are agreeing to pass the same version of the bill.  The House can either accept the Senate's version of the bill with the religious exemption available to Mainers, or send it back to the Senate with their language that excludes religious exemptions and insist that the Senate adopt the House language. The Senate is unlikely to accept it (as they didn't today). If the two bodies cannot agree, the bill dies completely.

Both sides of the issue will likely fight for their version of the bill until all procedural options are exhausted, however odds are that Mainers will retain the right to an education. 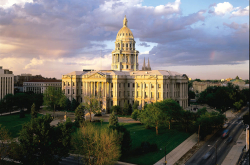 Congratulations and thank you to all of the parents who stood for personal liberty and against House Bill 19-1312.

That bill will be laid over for Second Reading Friday, tomorrow, which means that it CANNOT pass Third Reading before midnight tomorrow.

Why? Because the state constitution REQUIRES that Third Reading occur on at least the next legislative day from Second Reading. And, there won’t be a legislative day after tomorrow. That means the bill is DEAD on the Calendar and WILL NOT BECOME LAW.

This outcome would not have been achieved without the hundreds of parents who advocated against the bill. While you didn’t get a victory in either committee hearing, you should embrace this delayed victory today.

Again, congratulations and thank you.

Congratulations from the UK!

We were all watching and hoping.

Best news we've had in a very long time. Sanity still rules some parts of the nation. Meanwhile Herr Pan is attempting to make the public health officials every child's doctor here in California. I'm thinking we shouldn't make too much of the bill (SB276) passing the Health Committee, since Pan weaseled his way into the chairmanship. I am pissed that Senator Leyva betrayed us on this. Pan's partner in crime, Senator Ben Allen seems to have misgivings, so we shall see. I haven't heard anything about a future schedule of committee hearings, which may be a good sign.

Thank you Ginger for the good news! Hera your statement about Senator Metcalfe in Pittsburgh sponsoring a bill to stop insurance companies from paying bonuses based on vaccine rates - is a step in the right direction.

WONDERFUL NEWS! Thank you everyone for all your hard work to protect the right of choice. Great job!!!!

Thank you, Ginger! I would like to extend a celebratory day at The Wellness Spot for all the women who have exhausted themselves defending life liberty and the pursuit of happiness for the rest of us!

"how did they survive in the hospital wards?"

Yes!!!! It seems I am no longer the only person on the planet who can see this lunacy for what it is.

Let's hope the rest of the anti-vaxers start chipping away at the core of the problem - the fear of contagious disease and do this by pointing out, over and over and over again that doctor offices and hospitals are filled with sick people germs.

At any rate, that is awesome news on Maine and Colorado. I know you guys think that Australia is bad (and it is), but the reality is that, at least so far, our kids are missing, at most, one year of education (kindergarten). The situations in California, Mississippi and W Va (let alone Brooklyn) are vastly worse than anything that we have.

Having said that, it seems as though you have almost an entire political party on your side. Our equivalent conservative party is basically as bad as the other side.

To stop them at these states means they might not be able to steam roll over the rest.
I was afraid that California meant all the rest would follow.

Congratulations to all you guys in Colorado !!! THAT IS how you do it !

So happy also to see the people of Maine succeed in protecting their FIRST AMENDMENT RIGHTS !!!

Will raise a glass and celebrate both victories tonight, surrounded by family.

Yes! Congratulations all! In other news, Senator Metcalfe in Pittsburgh is sponsoring a bill to make it illegal for doctors to refuse to treat unvaccinated children, and to stop insurance companies from paying bonuses based on 100% vaccine rates.

All those poor doctors who are so worried about the health of unvaccinated children that they want to make sure they never get any medical care or treatment at all..I suspect it is losing the bonus ( which back in the day about 20 years ago when I worked at an Insurance company in chart review was even then pretty hefty as I recall..) which is the real problem.

The argument that they chose to go into a profession to treat sick people but want to refuse to ever treat anyone who might at some point in their lives, get an infection; not saying much for the Hippocratic oath there. They might want to choose a different profession ( how did they survive in the hospital wards?)