Lower Birthrates, Lower Sex Rates in the Age of Autism 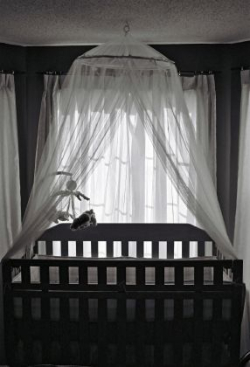 American women are having fewer children, and seem to be getting "worse" at successful healthy birth when they do, according to this article on NPR. We are the most medicalized society ever to exist. We treat everything with drugs whose side effects are longer than a CVS receipt. We've added vaccine after vaccine after vaccine not only to infants through teens, but to pregnant mothers. When my mother gave birth to my siblings and me, there were few contraindications to pregnancy.  Then we hit the "zero tolerance" years when I had my children in the 1990s-2000. I avoided so many foods, certainly alcohol, I never smoked but I'd run from a room if there was secondhand smoke. I wouldn't' even stand near a microwave!  I had zero vaccines while pregnant. (If I'd been offered one to protect my baby, I would have taken it at least for my 1st two pregnancies. It never occurred to me that vaccines could harm when I was vax-uneducated.)

The article below has some fascinating stats. And frightening. Teen birth rate is down, which is a good thing. Women in their 40s are the only group to show an increase in birthrate.  (A lot of you just crossed yourselves, right?)

Young men and women leaving college are saddled with debt, surely this delays marriage. And childbirth. Women have more choices and less reliance on a man to provide.  There must be major socioeconomic reasons as well as health-related reasons.

In addition, young people are reported to be having LESS SEX. I know we're said to be "Anti-science" here at AofA.... but I've listened to the Makin' Whoopie song many times and I know that you have to have sex to make a baby.  In March, media outlets ran article about the drop in sexual activity in our nation (I almost wrote country but then I laughed out loud and had to change it to nation.) We live in the days of TINDER and hookups.  How is it that 28% of MALES younger than 30 aren't having sex??  Is this the videogame addicted online porn in the hairy palm of men's hands world at play - or NOT at play? Perhaps our old companion autism spectrum disorder is playing a role?  This group of males is also where we see angry school shooters.  What has happened to the male brain, libido and desire or ability to secure a sex partner?

For most of the past three decades, 20-something men and women reported similar rates of sexlessness. But that has changed in recent years. Since 2008, the share of men younger than 30 reporting no sex has nearly tripled, to 28 percent. That’s a much steeper increase than the 8 percentage point increase reported among their female peers.

I remember in 1997 when I had a miscarriage, which was shocking given that my Irish Catholic grandmothers had had a total of 17 successful pregnancies with 1 miscarriage between them. None of my aunts nor my mother ever had miscarriages. Believe me, we talked. So when I had the miscarriage, which they found when doing an ultrasound at 10 weeks (and it showed the fetus had died at 8 weeks--exactly when I'd gone to the doctor and was given a flu shot when they confirmed the pregancy) --I was very surprised and also devastated, as this was to be my first child. The doctor said "Oh, miscarriages have always been 1 in 4. It's just better diagnosis". This was confusing. Certainly a miscarriage at 5 weeks, when "chemically pregnant" that looks like a heavy period might be not diagnosed in the days before home pregnancy tests. We weren't talking about this. But I accepted it, despite my Mom's insistence that this was NOT as common as they said. Fast forward to when my son got diagnosed with autism. The first thing I heard was "Oh, this has always been there. It's just better diagnosis" . My brain went click, click, click, click. I remembered every vaccine reaction. I thanked God a neurologist had told me to stop his shots at 18 months (as a precaution). Click click click. So shots stole my first child (Standford tested the fetus. They said she was a girl, and no abnormalities were detected. Had this happened now, I woudl have had them test for neurotoxins). Shots forced my son, miraculously born 4 years later (but I never had a normal labor pain--it had to be a c-section) despite all the "unexplained" infertility-- to suffer through autism gut issues, and all the other trauma autism can bring. So who knows? Was my inability to contract caused by mercury poisoning I had endured after years of dental amalgams, shots, fish probably poisoned by all the mercury excreted by all the people having their shots who can excrete, etc? Was my infertility also caused by this? And finally, I think that Post Partum Depression is also caused by imbalances due to mercury and probably also do to omega fats. . . . Once again, media creates brand new disorders, says we just "didn't notice" before, and covers up a terrible crime, blaming the victim from start to finish for speaking out. Remember, we've had mercury in our systems since the 1860's, so of course your great great granduncle's bipolar may well have been caused by the same toxin as your child severe autism. SCREAM.

Bayer Shareprice is now at 55 euros !

Food is another one of their weapons too (nssm200) :

The study investigated the health impacts of food additive E171 (titanium dioxide nanoparticles) which is commonly used in high quantities in foods and some medicines as a whitening agent. Found in more than 900 food products such as chewing gum and mayonnaise, E171 is consumed in high proportion everyday by the general population.

Gardakil_HCG in action. Astounding - I expect the real collapse to occur in about 10 years time.
The US has only a 45% uptake of the sterilisation vaccine.
The UK has a breathtaking 85% so watch this space (although the Govt here is so completely corrupt that they never tell us any statistics anymore - except there are 3 measles cases in Scotland !)

My Congratulations to the Eugenicists Prof Ian Fraser and Margaret Stainley.
Your brilliant work will hand the entire planet over to the greedy globalists.
Who wouldn't want a private safari park on Madascagar ?

I am sure Bill Gates .. who in addition to being the biggest proponent of vaccines in the world .. also happens to believe "population control" should be the highest priority of man .. is very encouraged to hear .."American women are having fewer children, and seem to be getting "worse" at successful healthy birth when they do".

I am sure it is just a coincidence that Bill's two main priorities in the world are being resolved at the same time .. some people just seem to have all the luck.