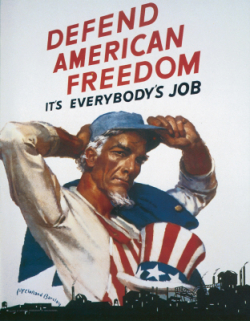 From KKTV Colorado Springs, Colorado, in the heart of the American West. Ginger Taylor wrote about this bill and a similar bill in Maine for AofA last night - Maine and Colorado Vaccine Exemption Removal Bills on the Ropes

After more than 24 hours worth of time was spent on a controversial vaccine bill during the legislative session, the bill died on Thursday according to Senate Republicans.

"HB 12-1312 (the controversial vaccination bill) was laid over until Friday, meaning it no longer has enough time to be passed this session," the Senate GOP tweeted out Friday at about 2:30 p.m.

A controversial bill that would make it harder for parents to opt out of vaccinating their kids to attend school has taken another step forward.

According to a tweet sent out by the legislature early Thursday morning, the measure passed a Senate committee by a vote of 4-3.

A shout out and high five to Theresa Wrangham and Cindy Loveland of NVIC. We are so fortunate to have both of you here in Colorado! And a special thanks to the thousands of parents who were involved in defeating this draconian bill.

Here's a great quote from the comment section of the Denver Post article re HB1312 being killed:
https://www.denverpost.com/2019/05/02/vaccine-vaccination-bill-colorado-senate/

"This bill was so much more than just 'making it more difficult for parents to opt out of vaccines'. I like to refer to it as The GlaxoSmithKline Bill. It was written for Rep. Mullica by a GSK lobbyist, Sundari Kraft. She admits it; Mullica admits it.

HB1312 would have added THREE more totally non-essential GlaxoSmith Kline vaccines to the already bloated mandatory vaccine schedule for Colorado children! This would have resulted in millions more $$$$s for GSK, every single year.........

HB1312 would have essentially removed the MEDICAL EXEMPTION which is critical for hundreds of Colorado children.

Hb1312 would have put exempting children into a registry where their personal identifying information would be vulnerable to data mining. Their FERPA rights also would have been violated. I could go on but I'll stop there. So much negativity regarding this bill; too bad the author of this Denver Post article chose to skip it. Really.Bad.Reporting."

That says it all. We will NEVER QUIT fighting for Medical Freedom here in the Rocky Mountain State!