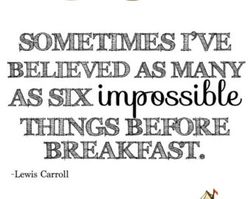 My such certainty - the kind parents of children vaccinated into a autism diagnosis are NEVER allowed in James Elmore's flat world.  Below the snippet and link of Mr. Elmore's opinion piece, AofA contributor Dr. William Gaunt responds:

From Mr. Elmore: "Raising a special needs child can be hard. Our oldest son is autistic. We are thankful that he is otherwise healthy. Raising him has been a challenge, but he has turned out to be a fine young man and will graduate high school next year.

I have often wondered why he is autistic. What I know is that it wasn’t a vaccine that made him this way.

In a quest for answers, many parents of autistic children are scouring the Internet. There is no scientific consensus on what causes autism, but environmental and genetic factors appear to be the primary suspects.

However, there is a lot of really misleading and outright false information about autism and the root cause on the Internet. The group known as “anti-vaxxers” would have you believe that vaccines are driving the increase in autism diagnoses around the world. Their evidence is 100 percent fabricated.

James Elmore’s “Anti-vaxxers” article appeared in the opinion section on March 12, 2019.  I qualify as an anti-vaxxer because I have four unvaccinated sons and a daughter adopted from China who has not had any vaccines since we got her at age two in 2009.

Elmore wrote that refusing to vaccinate children is child abuse.  I don’t expect to change Elmore’s mind but I wish to provide some information for those who are not already totally pro-vaccine.  The selective exposure theory is that individuals tend to favor information which reinforces their pre-existing views while avoiding contradictory information.  The theory of cognitive dissonance tells us that people of strong convictions are very reluctant to change their beliefs even in the face of undeniable contradictory evidence.

The topic of vaccines is very important.  I think we can all agree on that.  If the benefits of vaccines far outweigh the risks then we should all get vaccinated.  But what if vaccines are not as safe and effective as we are told?  I’d like to present some facts and opinions that address this issue.

The system in place to report vaccine injuries and deaths is called VAERS(Vaccine Adverse Events Reporting System).  The people at the Department of Health and Human Services have estimated that VAERS picks up less that 1% of adverse events.  Most vaccine injuries are unrecognized or denied and not reported.  Vaccine companies have no liability for injuries or deaths caused by vaccines.  This was established by a law passed in 1986.  Vaccine Court was established at the same time.  A very tiny percentage of people killed or injured by vaccines ever make it to Vaccine Court and most of those claims are denied.  The playing field is steeply tilted against those seeking compensation.  Despite the difficulty of receiving compensation through vaccine court, more than $4 billion has been paid out for vaccine injuries and deaths.  Vaccine injuries and deaths are very real.   The book Vaccine Injuries by Louis Conte and Tony Lyons covers this in detail.

Autism is a hot topic.  The rate of autism was well documented in the 1970s to be around 1 in 10,000 children.  The CDC now reports the rate at 1 in 59 and recent surveys have found 1 in 45 and 1 in 36 in different states.  Autism has reached epidemic proportions, but this is denied by pro-vaccine people.  The books How to End the Autism Epidemic by J.B. Handly and Denial by Dan Olmsted and Mark Blaxill address this issue.  Evidence that toxins in vaccines are the main cause of autism is overwhelming.  I wrote “Let’s Go Find Unvaccinated Children with Autism” for ageofautism.com a few years ago.  It is easy to find on a search engine.  The conclusion was that autism is common in fully vaccinated children but quite rare in unvaccinated children.  The book Miller’s Review of Critical Vaccine Studies summarizes 400 peer reviewed scientific studies.  It is a wonderful resource for people who are interested in this topic.

We have all heard that scientific studies have proven that vaccines do not cause autism.  The documentary “Vaxxed” tells the story of one of those studies.  Dr. William Thompson is a CDC scientist whistleblower who was part of the 2004 MMR study published in the journal Pediatrics. He reveals the scientific fraud involved which allowed that study to conclude that the MMR vaccine does not cause autism.  Independent analysis of the data shows clearly that children who got the MMR vaccine on time between 12 and 18 months of age were far more likely to develop autism than children who got the MMR vaccine after 36 months.  This was especially evident in black boys.  Unfortunately, there was not a group included in the study in which the children never got the MMR vaccine.  They would probably have had the lowest rate of autism but we don’t have that data.  Vaxxed is readily available from Netflix or can be purchased from amazon.com.  People who are staunchly pro-vaccine would find it difficult to watch this documentary.  Vaxxed II is coming out in May.  The other scientific studies that “prove” that vaccines don’t cause autism are equally fraudulent.

There is a big push in several states to mandate vaccines and remove philosophical or religious exemptions.  The Geneva Convention mandates the concept of “Informed Consent” for all medical intervention.  That means that the benefits and risks are explained and the patient or their parents choose to have the intervention or not.  Vaccines should not be an exception to this rule.  A Vaccine Safety Commission is needed to objectively investigate this complicated issue.  It should be composed of scientists and doctors who have no financial ties to the vaccine industry.

Dr. William H. Gaunt is a retired doctor of naturopathic medicine and a retired chemistry and anatomy teacher at Dunnellon High School.

The last time the CDC and FDA had so much difficulty with the American public was their "Tobacco does not cause Cancer" program and those damn "Anti-smokers."

It took the CDC about 50 years to figure the Cancer issue out while all the while, the Tobacco industry was the #1 financial supporter of the AMA who did nice television commercials for them.

Unlike now, at least they did not mandate tobacco products to infants and toddlers...

James Elmore: "However, there is a lot of really misleading and outright false information about autism and the root cause on the Internet. The group known as “anti-vaxxers” would have you believe that vaccines are driving the increase in autism diagnoses around the world. Their evidence is 100 percent fabricated."

If, as Elmore suggests … "their evidence is 100 percent fabricated" .. is true … then why are the pro-vaccine forces resorting to CENSORSHIP AND COERCION as a means to confront the growing "anti-vax" numbers?

Common sense suggests the two most frightening things to Elmore and his well-funded, well-resourced pro-vaccine industry are:

#1 .. Participating in a PUBLIC DEBATE .. before a national televised audience of millions .. wherein Elmore and his SCIENTISTS can openly challenge and disabuse the "anti-vax" proponents .. such as .. RFK to name just one of MANY OTHER WELL QUALIFIED SCIENTIFIC VACCINE SKEPTICS .. accusing as well as exposing .. those SKEPTICS of promoting "really misleading and outright false information that is 100% fabricated".

#2 .. Joining the growing numbers of vaccine SKEPTICS demanding .. for DECADES NOW .. an independent, scientific study of vaccinated v. unvaccinated populations … to ascertain .. once and for all .. if BOTH populations have suffered the same, inexplicable, dramatic increase in life-threatening, life-long chronic autoimmune disorders that were far less common in all previous LESS VACCINATED GENERATIONS .. as well as … less common in other developed countries that do not vaccinate their children as aggressively as does the United States.

There is only ONE REASON Elmore and his pro-vaccine forces are so frightened of participating in a PUBLIC DEBATE and the VACCINATED V. UNVACCINATED STUDY … and THAT reason is absolute FEAR of the outcome of BOTH options.

Resorting to CENSORSHIP AND COERCION are clear indications that Elmore and his pro-vax cabal are beginning to realize the HOUSE OF CARDS upon which the entire vaccine scam is built upon .. is TEETERING ON COLLAPSE.

'The group known as “anti-vaxxers” ' Who are they? Is there an anti-vaxxers website?

There is NO QUESTION vaccines can cause autism. $billions has been paid out in compensation for this condition and vaccine inserts state seizures as a possible adverse effect. Seizures can result from encephalitis - also a possible side effect -which is admitted to sometimes cause 'autism like symptoms'. Perhaps 'brain damage' would be more honest and easier understood, but 'honesty' is NOT part of the pro-vaccine agenda, promoted by corporate/political interests.

I am insulted to be called an anti-vaxxer. I want vaccines to be effective and as safe as possible, given they are acknowledged to be unavoidably unsafe for some persons. I also want informed choice, as per Nuremburg Laws. I am vehemently against mandatory vaccinations for whatever reason.

The term Anti-vaxxer is a discriminatory and indiscriminate generalisation, used to describe anyone who dares to express concerns about vaccine safety. The vaccine manufacturers make huge profits, in some cases vaccines are the ONLY profitable parts of these corporations.