New Jersey preschoolers have highest autism rates ever in the nation 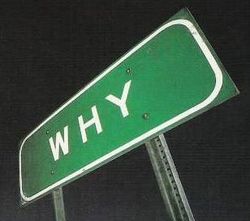 New Jersey preschoolers have the highest rates of autism ever measured in the United States, a rate that has increased faster than in other states studied, researchers at Rutgers University reported Thursday. The rate of autism among children here has tripled in a generation.

One in 35 children in New Jersey was diagnosed with autism by their 4th birthday, according to the study published by the federal Centers for Disease Control on Thursday. Those children were more likely to have attracted the attention of pediatricians and early-childhood educators because of moderate to severe symptoms of autism. Still more children are diagnosed with autism when they enter public schools.

When you have some of the most attentive and best schools In the country, when you are one of the highest funded state for autism research, diagnosis rates will be high.

Interesting read. Thanks for sharing.

So this report will have us believe that autism cases are underreported and there will likely be a lot more cases coming, but really how much?
Consider the  CDC study a few years back that gave the rate of 1 in 59 for 8-years-old (link provided).  In that report, Table 5 provides the median age of autism diagnosis for the various states that were studied.  The median age for New Jersey was 48 months.  This would mean that if we're now reporting a 1 in 35 rate for 4-years-old in New Jersey, a median age of 48mts would suggest that rate would be corresponding to half the potential cases.  Doubling the cases we get 1 in 17 -- Yikes!!

Some of the best vaccine testimony I have ever heard, delivered in less than 5 minutes, from Canada. Please share!

Pogo, Thanks for link to 'Extinction Rebellion' video. Fascinating and, as you say, well thought out.

Barry, no. New Jersey stricter reporting requirements are well known. If you click on the link to the article in www.northjersey.com you can read the headline: "NJ preschoolers have highest autism rates ever in US, but Garden State also best at reporting". Which suggests it might be the same everywhere.

Just turned off my local news... couldn’t stomach the feel good “awareness” story about the 9 year old amazing gymnast who was “born with” autism...

NjJhas the highest Autism Rates because NJ is the only state Required to report it. This reflects the truer numbers of Brain Encephalitis linked Autism cases in our country. 3% of kids who did not die from SIDS where( 79.4% of babies that died had a vaccine that day} or SUDS-when the baby turns age one; Sudden Unexplained Death Syndrome.. This number might not include the children with Cancers, Seizure disorders, Juvenile Diabetes as stated in some package inserts and more. Can you hear us now?

Can't help but notice this:

Zahorodny said. “Despite our greater awareness, we are not effective yet in early detection.”

Well . . . yeah . . . maybe they are NOT YET autistic. Maybe it isn't all genetic. Maybe it happens from time to time. After so-called "well baby" visits, for example?

Do any young parents still video their children's early years? (Or are they afraid of what they'll see.)

You will hear on the news over the coming days starting Monday 15th that it is more than just ‘we the people’ wanting safer vaccines and freedom of choice, whom are fed-up with our elected representatives, failing to do their jobs of properly regulating industry.

We may find the Extinction Rebellion plan of action, a useful model to think about and adapt. They have some good ideas based on researched of what’s most effective. Their concerns for future generations parallel ours so closely that we could be twins.

As the Mass Media often distort their reporting of civil actions so I think it would help to listen to Roger Hallam (co-founder) explain the concept behind the forthcoming International Rebellion. If you just listen to the plan’s end gambit starting 14 minutes in you’ll grasp that the psychology has been well thought out and all angles considered. Say if the 25-35% of all parents who would opt for choosing their own vaccine schedule had the support of all the other like mind parents -then the laws would become nullified.

Demonstrations in the US can be found on the map here:
https://extinctionrebellion.org.uk/act-now/local-groups/

P.S. Do you know one of the (10,000 odd) laws that is still in place but has become null due to disobedience, is that it is still illegal in Virginia for couples to have sex if their not married to each other!

A medical professional of ours claims that several of his client families with children with autism have moved to NJ because they have better services for these kids than what is available from our local schools. Could this be a reason for higher rates of child autism in that state?

The biggest crime in all history EVER.
That is what vaccination-extermination is.

May God have mercy on your Pharma Souls - Cos I never will.

Every one of these articles is the same. There does not seem to be any sense of urgency to find out what’s driving the autism crisis in NJ.

NJ is a small state. How are they going to pay for the dramatic increase in special education services.? What will they do when this population ages out of school?

This is the real crisis that politicians and journalists should be focused on.

The media .. as well as public health officials .. no longer deserve the respect and trust they once enjoyed .. consider .. it is bad enough with the media/public health "24 hours a day, 7 days a week" coverage over every case of a child diagnosed with MEASLES .. deliberately stoking .. inducing MASS HYSTERIA .. to justify government's "emergency" powers to FORCE PARENTS TO VACCINATE THEIR CHILDREN OR SUFFER ARREST AND FINANCIAL FINES .. while at the very same time .. that very same morally/ethically bankrupt media and public health cabal .. remains SILENT .. WILLFULLY IGNORING THE REAL EMERGENCY .. the rate of children diagnosed autistic by four years of age rises to 1 in 35.

Once again revealed for all to see … the greatest power of the press is their power to IGNORE.

WHEN IS THIS MADDNESS GOING TO END????