Love is Stronger Than Hate

With far fewer stressors in their lives, my children had a much better time of preparing themselves for Easter this year than I did. I was too focused on what was happening outside of my home than in it during the season of Lent. I’ve been a bit distracted for longer actually.

Since the 2019 legislative season began, I haven’t stopped thinking about how state politicians have been so focused on attacking parents and their personal rights. Some might say that the attack on informed parents has never let up, which is true, but the steady build up since the last time measles made the news in 2015 has been telling. Dismissing parental input, ignoring parental testimonies, criticizing our children’s very real vaccine reactions, some legislators’ behavior toward families has been atrocious. That said, I was utterly shocked that city and state representatives were focusing their attention on specific religious groups this time around. Are they really going to go after the Jews, I wondered? Do they really think they could get away with this? Yes, they were. And, so far, yes, some have gotten away with it.

I’ve heard the phrase several times in my life – history will repeat itself – and, boy, has it ever.

A group of people I highly respect, what was being said about the Jews and what was being proposed to Jewish families in New York rattled me. Bullied. Belittled. Fined. Ostracized. And for what? For not following the state and its backward thinking about a temporary, treatable illness? This is not happening. Not in 2019! But it did happen and during one of the holiest seasons of the church year, too.

Listening to one measles news story after another, I thought how ironic, how fitting, and how absolutely awful that this was happening during Lent.

For many of us who’ve stayed faithful to the cause, these last few months have been nothing but overwhelming. We may get one day of rest today with Easter, but we need all hands on deck once again come tomorrow morning. Some of us won’t have a complete day off today, though, as autism and vaccine injury knows no holidays; but I hope you get to be with the ones you love.

If you are with those whom you love, may the time you spend together renew your spirit. May your hope also be refilled, and may your love be focused on those who need it most. Remember that love is stronger than hate. Even in the most trying of times, love will always be stronger. 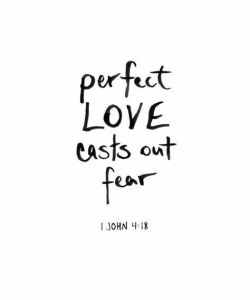 In regard to the hysteria over the measles outbreak and vaccines it would be helpful to remember what Franklin Roosevelt once said-"We have nothing to fear, but fear itself."

Tyrants and when they have nothing better to do they go after their own for sport.as seen the people who elected them are also the hunted by the elected.

I'm not complacent about the UK either. There's also been an attempt to blame the Jewish community in London for an 'outbreak' of measles. The article linked dates back to December 2018. At the present time UK politicians have enough on their plates with Brexit, but there will later be some hard lessons learned about what happens when Parliament fails to uphold the democratic decisions of the citizens of the United Kingdom.

There was a much hyped measles outbreak in Wakes 2013, followed by attempts to impose mandatory MMR vaccinations. This failed, but the London outbreak was plainly used in an attempt to impose mandatory vaccinations in the UK. There was and is no 'panic' over measles in the UK. I caught it in the 1950s as did all my classmates. I don't remember anyone being damaged by it.

https://www.thejc.com/news/uk-news/israeli-israel-measles-epidemic-london-charedi-jewish-strictly-orthodox-community-vaccination-mmr-1.473460
From above:-
"Panic spreads as Israeli measles epidemic hits London's Charedi community
Doctor says fewer Charedium are vaccinated because of 'a mistrust of secular authorities'

More than 60 separate cases have been reported since the beginning of October, affecting a number of children who have never been immunised, the Times reports.
The vast majority of patients live in North London’s strictly-Orthodox community, centred in the boroughs of Hackney and Haringey – the largest such community in Europe.
Joseph Spitzer, a GP at Stamford Hill’s Cranwich Road Surgery, attributed the outbreak to immunisation rates in the strictly Orthodox community, which he said were “definitely lower” than in the general population.
Dr Spitzer told the JC: “Over the last four to six weeks we’ve known there was a measles outbreak among the Charedi community in Israel. It has now reached our shores.
“It is definitely lower than the general population and there are lots of reasons for that.
“Some people will say it is due to the fact that they have large families and therefore they cannot keep up with the immunisations.
“I would say that with having children there are responsibilities, and one of those responsibilities is to ensure that one’s children are immunised and protected against these horrible diseases.
“I’d go further and say that parents who don’t avail themselves of immunising their children are absolutely irresponsible, and I feel quite strongly about this.
“I feel strong enough to say that parents need to immunise their children before it’s too late, because a dead child cannot be immunised.”
Dr Spitzer also suggested that “urban myths” regarding MMR vaccinations – such as the since-debunked link to autism reported by Dr Andrew Wakefield – contributed to the low immunisation rates.
He added: “There is also a little bit of what you might call ‘Charedi urban myth’ and a mistrust of the secular authorities.
“The epidemic will burn itself out, as all epidemics do in time, but I hope that people will learn from it and in future not play Russian roulette with their children.”

It's a bit rich for Dr Spitzer to talk about playing 'Russian Roulette' by not vaccinating children. There have been more child deaths from the vaccine.

Cathy .. your call to renew our spirits in these dark days is greatly appreciated.

As MLK once famously prophesized .. "WE SHALL OVERCOME"

The universal declaration of Human Rights was passed by the United Nations General Assembly without a single negative vote in 1948 enshrining ‘freedom of thought conscience and religion’ and making clear that everyone has a right to the ‘practice, worship and observance’ of their faith.

SHAME ON YOU AMERICA - Land of the Free? NOT!

Vaccines and the War on Religion are both elements of the broader War on Humanity and Democracy. It's been ongoing for more than a century but has been picking up steam as the internet has shown those on the attack how little they have to fear from a disinformed and divided public (both of which are tactics used in the war). Indeed most people are oblivious they are in a war or if they they sense there is one they blame some other group for it (left, right, religious, racial, gender, etc) and not the elites responsible. This is understandable since they control media (MSM, social media and increasing much of alt media) and education (people would be surprised how little doctors are taught about vaccines in medical school).