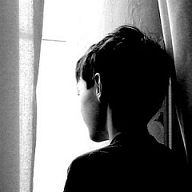 It's Saturday night chez RossStag (that's my clever way of saying Rossi Stagliano - moi and my 3 daughters). We're listening to music. Getting PJs on. Tidying up the kitchen. (Again.) And enjoying a really nice weekend together. Meanwhile, in Poway, CA, another place of worship is reeling from a shooting, during Passover. There was a deadly shooting in Sri Lanka days ago on Easter Sunday. And a few moments ago, I read this article about Dylan Roof, the boy who shot and killed nine worshipers in a Charleston church. He has been sentenced to death. He did not defend himself. He denied any psychological defense. He "sidelined" his lawyers. He wants to die. How is it that a young man like Dylan is so lacking in spark that his own life means nothing? He is committing suicide by mass murder. We're twenty years out from the Columbine shootings. What has happened to The American Boy?

The guilt of Mr. Roof, who coolly confessed to the killings and then justified them without remorse in a jailhouse manifesto, was never in serious doubt during the first phase of the proceedings in December. And by the time jurors began their sentencing deliberations on Tuesday, it seemed inevitable that they would lean toward death, not only because of the heinous nature of the crimes but because Mr. Roof, 22, insisted on denying any psychological incapacity, called no witnesses, presented no evidence in his defense and mostly sidelined his court-appointed lawyers.  NYT.

That son of a bitch Dylan wanted himself to be a Neo Nazi equivalent to a human sacrifice as some sacrificial victims in many cultures are voluntary and many white nationalist are wanting to revive polygamy and Neo Paganism and they argue on their blogs that there is an excess of men including white man and some have to be culled. African and Native descent boys with autism from environmental causes are an involuntary sacrifice and used as population control because people with autism do not have children. That is also why many minority men with disabilities are being targeted by police brutality and mass murders because jealousy and population control.

Would love to know mental health record of Roof .. hard to believe he lived 22 years harboring thoughts and inclinations of committing mass murder without remorse or compassion for the innocent lives he took .. and .. was never treated for mental health problems?

I would like to know what .. if any .. psychotropic drugs Roof may have been PRESCRIBED over his 22 years .. as it is hard to believe he never committed any of the usual trigger warnings .. setting fires .. maiming or killing small animals … which always seems to be found in young individuals who committed similar incomprehensible crimes?

Unfortunately .. we surely would have known if Roof is "on the spectrum" just as surely we know what type gun he used .. how gun obtained .. caliber and ammo used. Drugs … we NEVER know … his "right to privacy" and such ..

I hate to get into politics but .. if some running for President get elected … Roof will have his VOTING RIGHTS RESTORED. Is this a great country or what?