Home Donate Contact Us Special Reports Science Email Subscription 2021 RSS Feed 2021 Our Mission
Hey there Julia, do you know anything about anything?
Chief Medical Officer to the British Government Defends MMR Safety: Autism Up by 15 Times And Still No Explanation

The Danes To the Rescue of American Pharma Again! 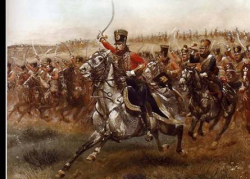 This post ran on March 7, 2009. Almost nine years to the day from yesterday's hearing on measles, MMR and mandates. Seems the Danes have been called upon yet again to rescue Merck and the American vaccine policy. MMR and Autism - Denmark 2019 Poul Thorsen is alive and well in Europe - and still considered a fugitive from American justice. Such as it is in 2019.

This startling story, as yet unseen in the mainstream media, is from our friends at The Autism Action Network.

A Danish scientist who was a key researcher in two studies that purport to show that mercury used in vaccines and the measles-mumps-rubella (MMR) vaccine do not cause autism is believed to have used forged documents to steal $2 million from Aarhus University in Denmark according to reports in the Copenenhagen Post Online and a statement from Aarhus University.

Poul Thorsen, MD PhD, headed up a research unit at Aarhus University that was hired by the Centers for Disease Control and Prevention to prepare a series of studies that would exonerate thimerosal, a mercury-based preservative and adjuvant used in vaccines, and the MMR vaccine from any role in causing autism. The veracity of the two studies he co-authored is now in doubt.

These studies formed the foundation for the conclusions of several Institute of Medicine reports that claimed that it was highly unlikely that thimerosal or MMR were implicated in autism.

In a statement Aarhus University officials said that believe Thorsen forged documents supposedly from the CDC to obtain the release of $2 million from the University. Thorsen resigned abruptly in March 2009 and left Denmark. Since then Thorsen has held several jobs in the US, first at Emory University in Atlanta and then at Drexel University in Philadelphia. Documents show that as late as January 22, 2009. Thorsen was employed at Drexel. Any reference to Poulsen has now been deleted from the Drexel website.

Investigations also revealed that while employed full-time for the University of Aarhus in Denmark, Thorsen simultaneously held a fulltime position at Emory University in Atlanta, and drew salaries from both Universities despite a contract with Aarhus forbidding outside employment. According to the statement from Aarhus University.

Autism advocacy groups have published extensive analyses on Thorsen's studies and found many problems in methods, assumptions and conclusions that are supported by the data. And Thorsen is the lynchpin in the series of studies used to dismiss concerns about thimerosal and MMR causing autism.

Read more at: Age of Autism this week.

The two studies now in doubt include:

Thimerosal and the occurrence of autism: negative ecological evidence from Danish population-based data.

A population-based study of measles, mumps, and rubella vaccination and autism.

of course its still in there ! 75-90% of all flu vaxes for a start still have it.
I have a wonderful consent waiver from Nufflied Ill-Health asking me to sign off on its ok to allow them to inject me with themiserol . I will treasure that always !

You should also familiarise yourself with the Gatti findings.
And the Corvelva revelations. The Italians are a wonderful people.
And then the Oller paper Kenya 2015 HCG (under Barack Obama - a Kenyan himself)

Vaccination is the greatest crime in all history ever.

Regarding the Plotkin testimony - and the children of convicts that he vax- experimented on.
Are those children traceable does anyone know ?
These children, with assistance, could sue Mr Plotkin to within an inch of his sorry life.

Thank you for your reply's. Most helpful.

I ended up ringing New Zealands Immunisation Advisory Center. The upshot was that "...all our vaccines contain no Thimerosal and no Thimerosal is used in the manufacturing process of any of our vaccines. New Zealand does not check any vaccines that come into the country at all. All vaccine checking is done by The World Health Organisation..."

Thank you again for your help

I need to reference this little gem of a article some where so I can pull it up fast.

@Bridget, here indicates that in addition to the flu vaccines in the table that have 0.01% or "trace" amounts of thimerosal...

...that thimerosal is also used in the production of "one vaccine, Tetanus and Diphtheria Toxoids Adsorbed, single-dose presentation, manufactured by Mass Biologics utilizes thimerosal as part of its manufacturing process, not as a preservative, and a trace remains in the final presentation..."

I understand that thimerosal is also used in some vaccines administered internationally (possibly by the same manufacturers that make thimerosal free/reduced versions, with the concern some of these could sometimes be distributed in the U.S.--they've reportedly had the same packaging and maybe still do, but hopefully distributed with correct package inserts indicating actual contents). I don't know how to look up the contents of international vaccines though.

It is going to depend which country you are in. In the US it is still frequently in the flu vaccines.

I'm barging in on this conversation, my apologies. I can't find an email address.

Anyway, I am interested to know whether thimerosal is still being used in the processing of some vaccines? I can only find references to this pre 2007 and the link to the CDC page no longer works from one of your articles here.

So could you please tell me if thimerosal is still being used in the processing of the vaccines as stated in the article here from 2007?

Just yesterday Yahoo news ran many stories in favor of the pharma industry in general, and vaccines in particular. One was entitled Large Danish Study Proves Vaccines Don't Cause Autism, or something to that effect.

Living and working the dream at..details below... all this great Pharma work

I'm confident that new 18 year old "celebrity victim" who testified at yesterday's hearing quotes both studies in which the fugitive from American Justice Poul Thorsen … was paid a lucrative sum of money to manufacture … for the express purpose of providing this young man with "scientific research" upon which he based his entire testimony:

"Thimerosal and the occurrence of autism: negative ecological evidence from Danish population-based data."

"A population-based study of measles, mumps, and rubella vaccination and autism."

Not to worry .. Senators Alexander and Murray made certain there would be no testimony exposing Thorsen for his professional and PERSONAL corruption .. allowing his "research" to remain among the BEST RESEARCH PROVING VACCINES DO NOT CAUSE AUTISM .. Thorsen PROVED IT .. and .. this KID still believes it.