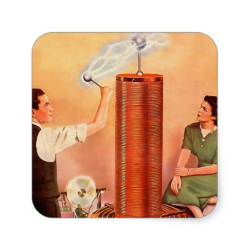 Note:  Here is a familiar story. A major corporation's (Tesla) bad dealings are exposed and the company seeks to kill the messenger. This reminded me of the Merck "destroy them where they live" email that targeted the doctors who were questioning the safety of Vioxx - long since removed from the market.  From a CBS report in 1999: '...Merck emails from 1999 showed company execs complaining about doctors who disliked using Vioxx. One email said:

We may need to seek them out and destroy them where they live ...

Just yesterday, a huge news story broke about wealthy celebrities buying their kids' way into pretigious colleges and Universities.  Parents paid hundreds of thousands, some millions  (!) to sneak their dumb kids into college.  They lied. They cheated. They STOLE a seat from worthy applicants with bribes.

Where is the level playing field in the USA?  Can the "little guy or gal" survive any longer? We're fighting for our lives to speak out on social media while major media demands we be silenced.  Amazon, YouTube, Pinterest - all ripping away free speech when it comes to vaccine safety.  There are many seeking to destroy us where and how we make a living.

From Bloomberg Business on 3/13/19: By the larger-than-life standards of Elon Musk, the story was far from a blockbuster. On June 4, 2018, Business Insider reported that Tesla Inc. was scrapping or reworking 40 percent of the raw materials at the Gigafactory, its huge battery plant in the Nevada desert. The article cited a source who figured the inefficiency had cost Musk’s electric car company $150 million, describing giant piles of scrap materials in the factory. Tesla denied the report, and a few hours later, the world moved on.

The world, that is, except Elon Musk. Although he wasn’t asked about the Business Insider story the following day at the company’s annual meeting, he stewed for weeks, dispatching a team of investigators to try to figure out who’d shared the information with the press.

The leaker, they determined, was one Martin Tripp, a slight man of 40 who’d spent his career in a series of low-level manufacturing jobs before finding his way to the assembly line at the Gigafactory. Tripp later claimed to be an idealist trying to get Tesla to tighten its operations; Musk saw him as a dangerous foe who engaged in “extensive and damaging sabotage,” as he wrote in a staff memo. He implied that Tripp had shared the data not only with the press but also with “unknown third parties.”

Could larger forces be at work? Musk wondered out loud. Could Tripp be coordinating with one of Tesla’s many enemies—oil companies, rival automakers, or Wall Street short sellers? “There are a long list of organizations that want Tesla to die,” he warned.

On June 20, the company sued Tripp for $167 million. Later that day, Tripp heard from the sheriff’s department in Storey County, Nev. Tesla’s security department had passed a tip to police. An anonymous caller had contacted the company to say Tripp was planning a mass shooting at the Gigafactory.

When the police confronted Tripp that evening, he was unarmed and in tears. He said he was terrified of Musk and suggested the billionaire might have called in the tip himself. A sheriff’s deputy attempted to cheer up Tripp and then called Tesla to tell the company that the threat, whoever had made it, was bogus. Tripp wasn’t dangerous.

Many chief executive officers would try to ignore somebody like Tripp. Instead, as accounts from police, former employees, and documents produced by Tesla’s own internal investigation reveal, Musk set out to destroy him.

Well, that may be true. It is very hard Jeannette to know what really goes on unless a person finds out for themselves. Maybe those in the deep state have gotten kick backs as tax payers have subsidized electric cars, wind mills, solar panels; and now as all scams usually do, it has been played till it is played out. There is no way that electric cars can make it in this country since it stretches from sea to shining sea; and the battery factories will bring on real environmental issues I mean real issues. .

Dang it all, hang it all. FBI and the DOJ have spent 8 or 9 years in rich, swanky surroundings, videoing, wire taping or what ever they do now a days, a bunch of really rich people that wants to spend lots of money to special higher education schools. This does not change my life one bit. It does not matter to me or the vast population of Americans. I had child that was a genius, or close enough anyway, along with a mental illness ; cause that is the way it goes. Se still got into a university and has two different degrees. It changes nothing for the American people.

Meanwhile 10,000 pages that Dr. William Thompson brought out of the CDC lays around as food for miller moths, clearly the CDC broke the law of throwing data away and that actually does involve every American in the United States because we all have to decide to vaccinate or not -- for now at any rate we have a choice. Some one should inform them that they need to get their priorities right.

Or possibly the MIC (or some globalist faction) is really out to destroy Musk because he isn't on board enough about something...at least I was starting to vaguely get that idea before this, not that I'm following any of this that closely...a lying, propagandizing, elitist agenda driven, calling out for censorship of what they censor media is a worse than useless entity as the epidemics of immune mediated disorders demonstrate.

That is horrible. Electric car billionaire Musk don't have a decent product and never will . Never will, and anyone that is all in love with environmental and all worried about the FAKE carbon emissions needs to understand that one of the most dangerous environmental things going on is batteries. Batteries are dealing with some of the most dangerous chemicals in the world. Stuff that gets into the ground water, stuff that will sicken and kill.

You can bet that the billions that Musk has came from out of the tax payers pocket (in the name of the environment) and here they are crushing some small man. There should be soooo much punishment.

Oh, I could care less about rich parents spending tons of money on some university. That has has been going on for decades - centuries. I am just glad mine can go to a community college and even then it is such a struggle.

During the Vioxx scandal, Merck drove Dr. Eric Topol, one of the nation's leading cardiologists from the ranks of the Cleveland Clinic. Merck used direct influence it had with on of the CCF Board Members. I wrote an open letter that was published in the Cleveland Plain Dealer. I suggest we all "hide in plain sight" as we have the duty to speak out. For the record, today, Dr. Topol is a high ranking person at Scripps Institute in La Jolla, where he continues to pratice world class science as his endeavor. Needless to say. Cleveland's loss is California ( and mankind's) gain.