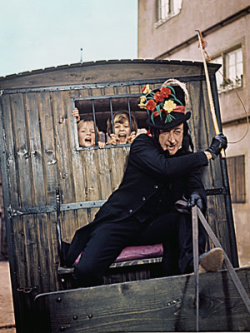 Oh my goodness .that situation is totally horiffic . Possibly and most likely under the heading of , criteria and guidelines of "Promoting Independance" similar but seperate sector from " Vaccine preventable conditions "
The Legal Profession "Balks" at being labeled "The secret Courts "as well, nae wonder!
The secret family courts work with "The balance of probabilities threshold"
Legal Profession letting their professional standards getting shot down in flames?
Radio Saw, Dick und Doof Tanzen Zu AC/DC"Shot down in flames . Youtube

When is Autism Ages getting it's start up organised , because the sooner the better!
Johnny Thunder Loop De Loop -YouTube

What's most frustrating for me, with stories like this, is there's NO detail, NO FACTS given to explain the "why", of why this young man was taken from his family. The story is really a version of a "HORROR STORY", - where the big bad, evil, faceless "Government", (or "local Council", - same thing here), comes in and makes a bad situation worse. Is it simply to "fill beds", and keep the Gov't $$$ coming? Just a form of "job security" for Gov't-paid workers? There's no answers provided, or even suggested. How can we not be filled with a certain hopelessness and helplessness? The media would have you believe otherwise, but "Brexit" is hardly the biggest problem in England. "Brexit" is simply the biggest problem the media will admit, and talk about. Medical FASCISM is alive and well in England....and most of the world, too....

This is a horrific story - my heart goes out to Sinead and Martin - and I suspect this has happened to many others. Like Sinead did at the outset, we begin by putting our trust in the authorities to do what is right and just for our children, only to discover as time goes by, that the authorities do NOT always know what is best for them and that there are hidden agendas at play. When challenged, we discover that the cards are all stacked against hapless families who seek justice. Sinead shows us how difficult [and expensive] it is to fight a system that is wrong, a system where human rights are ignored, and power is abused shamefully. I pray there will be a happy ending to this agonising situation - and an end to these secret courts where families are excluded from decision-making.

More stories like this on the BBC news today, and there are probably many more than we hear about, because of the role of secret courts in the process. Often the families themselves don't even know until it's too late. It also happens to young children who are autistic and are taken into care (especially if the parents witness to the fact that their autism was caused by vaccines), and to seniors who are suffering from dementia (especially if they have property and savings which can be plundered by the authorities).

This is a nightmare for any parent who has a child/young adult to look after. My thoughts and prays go out to this family. I do hope this can be solved and that the son will be reunited with his family.

This appalling story must be remedied,and Martin, and others like him, returned to his loving and most courageous family.
It is unbelievable that the British State and courts sanction such very sinister removal of an SNs. youngster from his home.
Is big pharma money behind this?

Keith and Jennifer Roberts/Horne-Roberts, whose darling son Harry was injured by MMR/Pluserix, then killed by administration of dangerous anti-psychotic drugs, without our knowledge or consent, aged just 20. Harry was a brilliantly gifted,wonderful son.

"What Files and Moffit do not know is that hundreds of former institution patients have died upon placement in a private "community based" group home in the United States. so do not blame the government only as the UK has socialised medicine."

With all due respect .. I am sure it is my fault .. but .. could you possibly expand on your comment so I can better understand the point you are trying to make. Thanks.

In so much that, if you havent had your vaccines, your mercury fillings, and your slurp of fluoride in with your tap water, your an out cast,your probably right Will.

So far as knowing much, I come here to learn and every day there is too much content for me to absorb.This horror story is just getting going so much more to learn and sadly will happen to many of the most vulnerable who were born normal but only became vulnerable via vaccines.

"How in God's name did "social workers" gain the unrestrained power to seize someone against their and their family's will .. remove that individual and forbid contact with loved ones … all this in the United Kingdom?"

This is the runaway welfare state in action. Long ago, people came to accept the idea of giving the State the authority to remove children from abusive homes. That seemed like a reasonable thing to do. But you give the State an inch, and it will take a mile. And now today, we have social workers champing at the bit to remove unvaccinated kids from homes. And to remove them from homes where parents don't think their kids should be subjected to chemo either.

It is really not too dissimilar from what has happened with the runaway government vaccine program. Long ago, most people came to accept the idea of the State mandating vaccination against deadly diseases which could be readily spread (though some people recognized the folly in allowing this even back then). Fast forward to today and we have mandates for vaccines against trivial illnesses that are actually beneficial to experience.

This is horror. Since this autistic boy has been heavily drugged, I suspect that his illegal kidnapping has something to do with interests of big pharma cartels. May be such "community homes" are just cheap testing grounds of different pharmaceuticals on kids, who don't understand what happens to them, hence can easily be drugged to death. Looks like people in UK have no power whatsoever over their life. They literally are subjects or even slaves of the parasitic royals and criminal state.

This is what happens when mental and developmental disabilities health care is outsourced to the lowest private bidder. Stop the privitisation of mental and developmental health care and this is less likely to happen. What Files and Moffit do not know is that hundreds of former institution patients have died upon placement in a private "community based" group home in the United States. so do not blame the government only as the UK has socialised medicine.

How in God's name did "social workers" gain the unrestrained power to seize someone against their and their family's will .. remove that individual and forbid contact with loved ones … all this in the United Kingdom? Really? Secret court hearings? Punishing financial penalties?

For what PURPOSE?????? This article does not explain WHY the state is acting against parents .. is it MONEY???

The alien Abductions,because nobody sees the abductors coming, nobody knows who the abductors are or where the abducted have been taken to,and sometimes never will.

Very loving and brave family.Who like us all, never signed up for one dot of this horrendous treatment when we took our babies to be vaccinated.