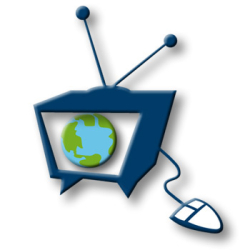 Public engagement and input are vital to ACIP’s work. Members of the public are invited to submit comments to ACIP in two ways: (1) written comments submitted via regulations.gov, and/or (2) in-person oral public comment at ACIP meetings.

Any member of the public can submit a written public comment to ACIP. Written comments will be accepted up to 48 hours following the end of the ACIP Meeting. You may submit comments for the February 2019 ACIP meeting, identified by Docket No. CDC-2019-0002, using the Federal eRulemaking Portal: http://www.regulations.gov. Follow the instructions for submitting comments. All submissions received must include the agency name and Docket Number.

All relevant comments received will be posted without change to http://regulations.gov, including any personal information provided. For access to the docket or to read background documents or comments received, go to http://www.regulations.gov. Comments submitted by 72 hours before the meeting will be made available to ACIP members in advance of the meeting. Comments will be accepted through March 2, 2019.

How to Request to Make an Oral Public Comment

Rules of Conduct for ACIP Meetings

I'm rereading Sonia Shah's book Fever right now, about malaria. It's been around longer than any other disease still present in the world. Longer than human beings have been in existence. And it's really interesting how the parasite evolved to use mosquitoes as a vehicle to the human body, where it trashes red blood cells and livers. Also really interesting the genetic mutations which have enabled humans to resist it, at great cost to the individuals involved. Every person now indigenous to Africa is a descendant of a person who developed a genetic variation which involved smooth blood cells without Duffy's lumps (not the right word, and I don't think protuberances is the right word either), and without them, malaria couldn't get a toehold. So Africans have some natural resistance. Sickle cell anemia as well has the effect of repelling malaria. Also thalassemia in the Middle East and Mediterranean, ovalemia (not the right word) in Southeast Asia, with oval smooth blood cells that repel malaria.

And it's interesting how the WHO has been corrupted by private interests. Most people, including scientists, have just accepted that we can't wipe out malaria, just try to deal with it. But Bill and Melinda Gates have set total eradication of malaria as a goal, and with their money have gotten the WHO to go along with it. And that's just crazy.

And since all, or most people, who have had malaria in the past can potentially have the plasmodium reactivated, and, if bitten by anopheles mosquitoes, transmit it again, how could you ever eliminate it? Possibly give everyone in the world the homeopathic malaria nosode once every few years and see what happened? I'd like to eliminate malaria as much as anyone, but would it be possible to ever do it fairly safely? Are there animal vectors and reservoirs which could harbor it even if we nuked it and every human being all over the world? Could we and should we nuke every square inch in the tropics and sub-tropics with DDT to kill every last anopheles mosquito? What about the animal vectors and reservoirs? I was very surprised when I read in Shah's book that everyone who lived in the South before the blitz on mosquitoes there in the '40s had gotten malaria, and were indolent and chronically ill as a result. I had thought my father getting it at twelve was an anomaly.

And I'm as against DDT as anyone. I spent a summer at a mission in Mexico and was shocked when I saw the boys there running around the building (an old hacienda house, Santa María del Mexicano, near Colón, Querétaro) with spray bottles of DDT, spraying absolutely everything, saying that there were chinches (bedbugs) which hit in cracks in the walls during the day. I took a bite of tomato soup and spat it out when it tasted like the DDT smelled. I TOLD them that DDT had been banned in the US because of its effects on wildlife. I didn't know about its connection to polio then. And I thought THAT was an anomaly, but reading now about DDT and polio in the '40s and '50s, I read that DDT was marketed to be sprayed on all surfaces in people's homes. They thought flies might be spreading polio. So Father Antonio (Cliff Norman) may have remembered his family doing that when he was a child, and thought it was a sanitary thing to do to eliminate bedbugs.

It's all very interesting, and it makes you wonder what the future is going to hold, what diseases will come back and what new serious diseases will appear. And what people's reaction to them will be. I'm disappointed in Sonia Shah: she seemed incredibly intelligent and well-informed, a gifted writer, humorous and clever, I'm also reading her book Pandemic (wow, I didn't know about the terrible cholera epidemics in the U.S. in the nineteenth century, they killed many thousands!) until I got to her several pages on vaccine cranks who thought that vaccines caused autism. I don't know if I should try to contact her or not.

About the site open for comments, I'd just like to know if Free and informed choice, no mandates, is an appropriate message, and, if not, what is? It says that they make vaccination recommendations, but there are no new vaccines right now, are there? So how would their recommendations be different from last year's, or last meeting's? It says they meet three times a year.

HI Cia Parker.
I have a family member that is ill, so I have not had the time that I wish to respond to one of your blogs about the loaded mosquito that killed Lazear. Just wanted to say thanks for going to the trouble of telling about it in more detail.

By the way the mosquito that carries yellow fever is the kind that likes to feed only in the early morning or late evenings between the twilight periods. They like type O blood best. Those with high body heat (hmmm postmenopausal women or women on too much thyroid medicine. )

Hope you have a good time on your trip.

You are very smart CIA Parker, I am sure you will think of a good comment, or question for ACIP.

What are the specifics on what they will be discussing, to know what I should talk about in my comment? I looked at the first link on it and it just said these meetings on vaccine recommendations were held three times a year.