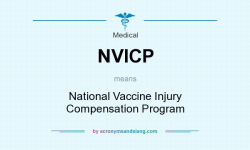 On Sunday, January 6, 2019, Sharyl Attkisson devoted her program Full Measure to the Vaccine Debate. During Attkisson's interview with Rolf Hazlehurst, he spoke of  2013 hearings that had been scheduled to analyze and review the controversial, and broken (or some  might sight purposefully design flawed) National Vaccine Injury Compensation Program (NVICP) - and then abruptly cancelled. Attkisson's report attributed the cancellation to likely pressure from the pharmaceutical industry and showed interviews supporting that point with current and former members of Congress who are concerned about the NVICP.

We're now some 6 years behind on a review of the Vaccine Injury Compensation Program. SIX YEARS. In that time, chronic illness and maladaptive behaviors are crushing school districts from coast to coast and families are reeling under the burden of caring for sick children who, if injured by any other product in the United States, would have been justly compensated.

From the Canary Party YouTube Channel: On November 7th, 2013, members of the vaccine injury community held a briefing for congressional staffers to present many of the problems in the Vaccine Injury Compensation Program in preparation for hearings in the House Oversight and Government Reform Committee. Professor Mary Holland, Head of Graduate Legal Studies at NYU, and Rolf Hazelhurst Father in one of the test cases In the Omnibus Autism Proceeding, and Assistant District Attorney General, State of Tennessee, present the case against the VICP and call for reform.

The hearings did not take place. Below is a letter sent in 2014 from Canary Party's Mark Blaxill and Jennifer Larson to then Oversight and government Reform Committee Chairman Darrell Issa. Issa did not seek reelection last year.

Thank you for the opportunity to discuss recent developments with your staffers. On behalf of the many dedicated advocates who have been working so hard on the VICP hearing, we must express our great disappointment over your decision to defer hearings into the National Vaccine Injury Compensation Program (NVICP).

When you first raised the prospect of hearings with some of us last April, you raised the hopes of thousands of families who have experienced vaccine injury, many of whom have encountered mistreatment, abuse and outright fraud at the hands of the NVICP. As we discussed privately on numerous occasions, comprehensive hearings into the many faces of malfeasance within the VICP offer a unique opportunity to shine a light on how wildly the reality of the National Childhood Vaccine Injury Act of 1986 has veered from the original intent of Congress. We believe the path forward you have chosen--delaying the hearing into 2014 in order to receive an update of the 1999 Government Accountability Office (GAO) report on the VICP as well as an update of the 2006 NVICP strategic plan from HHS—is well-intentioned. But for the community of vaccine injured families, it represents a retreat into more of the same and only delays a true investigation of the failures of the NVICP.   These involve the neglect, abuse and suffering of thousands of American families, including painful injury, lifelong disability, economic devastation and death. Congress’1986 Act and its VICP are what enable these tragedies to continue every day. “Strategic plan updates” prepared by HHS officials will only give the NVICP the opportunity to stonewall, while the kind of GAO report that would really hold the NVICP accountable would take more than a year not just a few months. As we said to your staffers, we’re interested in providing input to the scope of a GAO project, but we’re pessimistic at what it can accomplish in the time available.

On a more personal note, those of us who were close to the preparation for these hearings were dismayed at the abrupt change in direction reflected in this decision. It leaves us concerned that special interests have intervened at the eleventh hour with more money and institutional power than the community of affected families can muster. And while we were dismayed, we were not surprised, because we all know the power and reach of the interests that have long sought to suppress these concerns. We are also not surprised that you encountered reluctance among potential panelists to participate in the discussion of a “divisive” issue; that reluctance should be the reason to move resolutely forward not an excuse for delay. Your resolve to move forward earlier this year raised all of our hopes, and we allowed ourselves to believe that decent Congressional leaders on both sides of the aisle would have the courage to speak the truth to power.

We intend to continue working together so that our legitimate grievances may still be heard. If the hearing must be deferred, we would ask this time for a firm and public commitment before year end to a date certain in early 2014. We respectfully request that any GAO investigation be focused strongly on what you have called “crash reports” of vaccine injury as well as the abuses in the NVICP of the petitions of vaccine injured families.  And in good conscience, we must demand that the scope of any hearing next year encompass the enormity of the waste, fraud and abuse in the VICP, however uncomfortable those topics might be for some.  Anything less would be a betrayal more profound than our worst fears.

I agree with Leah's comment. Unfortunately, pleading with a government to FIX a disaster, when they actually caused this Injury Act disaster, likely won't give us favorable results. The solution will ultimately come from outside the mechanisms of federal and local governments.

Since 40 to 50% of adults do not participate in annual flu shots, then when today's babies grow up, they will likely join the ranks of adults who also refuse that vaccine. One could therefore extrapolate: Half of all infants and children are being vaccinated against their will. It's a break in the dam and people are the ones leading it, not government.

Are all the Chickens going to come home to roost ?

Rockefeller Foundation faces $1 billion lawsuit for infecting hundreds with Syphilis
Score one for justice: at the beginning of the year, a federal judge in Baltimore, Maryland said Johns Hopkins University, Big Pharma drugmaker Bristol-Myers Squibb, and the Rockefeller Foundation would face a $1 billion lawsuit over their roles in a 1940s U.S. government experiment that gave hundreds of Guatemalans syphilis.

The experiment, purportedly conducted to better understand the treatment and prevention of STDs- with a focus on the drug penicillin, was a secret until 2010 when it was accidentally discovered by a professor at Wellesley College in Massachusetts.

The lawsuit was first filed in 2018 and then dismissed but U.S. District Judge Marvin J. Garbis suggested the victims’ attorneys refile. However, to do so the families had to outline the events of the experiment “including how and when the victims were experimented on, as well as the way in which it impacted their spouses, children, and grandchildren.”1

“The stories shared in the lawsuit are disturbing at best, dividing the victims into six different categories: people who were infected as part of the experimentation, the estates of these original victims, spouses, first-generation descendants, subsequent generate descendants and other relatives of those who died as a result of the diseases contracted from the studies. At least one story from each category was shared in the complaint, showing just how vast the impact of this experiment currently reaches.”2

The lawsuit alleges that the experiment involved employees and board members from each of the organizations named and a U.S. surgeon general. However, while the U.S. government has apologized to Guatemala “…the private institutions have not and have fought this every step of the way.”3 (Johns Hopkins said, “We feel profound sympathy for the individuals and families impacted, and reiterate that this 1940’s study in Guatemala was funded and conducted by the U.S. Government, not by Johns Hopkins. We will continue to vigorously defend the lawsuit.”4)

The experiment is incredibly similar to the well-known Syphilis Study at Tuskegee- utterly disgusting and a crime against humanity. However, it has been suggested that in this case, many of the infected didn’t even realize what had happened until President Barack Obama’s public apology to the Guatemalan president.

I think public awareness and pressure is building. When you have a problem where BOTH parties are severely compromised, only public pressure can work. I just saw on a Facebook group poll that about half said they would not take flu shots. I think the tide is rising. Keep getting the word out to friends, colleagues etc. it is making a difference, I believe.

President Trump and a majority of REPUBLICAN legislators in both the SENATE AND CONGRESS .. have been extremely disappointing in their campaign promise to … DRAIN THE SWAMP .. that everyone in the world recognizes controls our government oversight committees .. with the SWAMP within the PUBLIC HEALTH BUREAUCRACIES THE LARGEST .. MOST CORRUPT OF ALL.

The ONLY hope our community has is that our President stays strongly committed to his campaign promise to DRAIN THE SWAMP … and … does so within his FIRST TERM IN OFFICE.

I am encouraged so many REPUBLICAN CONGRESSMEN have chosen to retire .. no longer seeking re-election .. including Rep Issa .. who proved to be an empty suit when it came to seeking the truth about vaccine safety and efficiency. Shame on him .. but … in my humble .. cynical opinion … we can forget about the newly elected leaders of the Democratic Party joining ANY effort that threatens the SWAMP WITHIN THE PUBLIC HEALTH BUREAUCRACIES ..

Its all they have got left, to delay and defer and pretend the facts have not happened.

For example we are still waiting for the honourable BBC to publish William Thompsons name Aug14.

How do they orchestrate and coordinate so effectively ?
And people deny the existence of the hidden hand ? The secret societies ? The Shadow Govt ?
They have teams of people in position all playing their part (at the Guardian for instance).
No one can deny this having looked at this issue for years on end, because the science sits with us.