Home Donate Contact Us Special Reports Science Subscribe by Email Subscribe to RSS Our Mission
The New Pain Free American Childhood Comfort Promise If You Ignore that Chronic Illness Epidemic
Dr. Peter Hotez: Were You There? 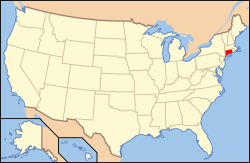 I live in Connecticut, in the New England region of the United States. We are one of the original colonies. We , like this nation, were founded on freedom. Rhode Island, our small neighbor to the east, was founded on religious freedom specifically. Currently, we have two vaccine exemptions, religious and medical. The legislature is now seeking to remove the right to refuse a vaccine based on religious beliefs.

I've lived in Connecticut for more than a dozen years. I had no idea what is the state motto. We all know New Hampshire's, "Live Free or Die" motto. And my home state of Massachusetts' motto is "By the sword we seek peace, but peace only under liberty." What has happened to our liberty? We now live under not the sword of a King, but the syringes and pills of a government/industry kingdom.  Back to the motto of Connecticut: He Who Transplanted Still Sustains. The State website has a derivation of the motto below, from the Bible perhaps. Ah yes, religion.  Take a look:
.
The motto "Qui Transtulit Sustinet," (He Who Transplanted Still Sustains), has been associated with the various versions of the seal from the creation of the Saybrook Colony Seal. While the origin of the motto is uncertain, the late Charles J. Hoadly, a former State Librarian, suggested in an article entitled "The Public Seal of Connecticut," which appeared in the 1889 edition of the Connecticut State Register and Manual, that we look to the 80th Psalm as a possible source. "Thou hast brought a vine out of Egypt: thou hast cast out the heathen, and planted it."

I assume the heathens were the early settlers, the Englishmen and women who fled the King and not the Native Americans who were slaughtered once "we" of European descent arrived.

So much religion is entwined with our nation's history.  And here our state is trying to remove my religious right to make medical decisions for our children.  Visit Health Choice CT to stay abreast of the demise our rights here in the nutty Nutmeg state where we might have to change our motto to "Vox clamantis in deserto."

I saw this comment on another website--"Republicans rob the bank; Democrats drive the get away car". This arrangement works for the drug industry and the telecoms, chemical industries, the security state, etc.

We are under attack in Arizona too. A bill was introduced Thursday attempting to remove any personal exemption because the religious and personal belief exemption were already on the same form. It sure how it will turn out. Having moved from California to Arizona partially to school my children I’m now getting ready to home school if it comes to it.

I agree that both parties are to blame for the lack of action in Congress on vaccines. I do wish that more Republicans would join Democrats, though, in advocating for services and health care for children who are already vaccine injured. From what I've read and seen, Democrats generally support funding for IDEA, SSI, and Medicaid (health and educational services that our children need if they don't recover from autism - which is the majority). Republicans do not typically support these expenditures (there have been huge Congressional fights over full funding of IDEA), and I don't really understand why. At the state level, Republicans generally oppose any additional state funding for supports and services such as housing and employment.

Perhaps there are exceptions. But can't we agree that our kids, once they are vaccine injured, need education, treatment, therapy, health care, housing, employment, recreation, etc. This is all very expensive.

Bring it... you, pro- herd immunity, anti semetic, homophobic, racist, freaks! My kids are going to school. #kidshouldgetogotoschool
Kids should get to go to school.

Bob Moffit: Right you are. It is absolutely horrifying how broken our political system is. In Congress, in recent years, it is only Republicans who have attempted to investigate this holocaust, but on the Court it was only the Democrats (Ginsburg and Sotomayor) who stood up for justice for Hannah Breusewitz. Ginsburg will be replaced soon (with a helluva fight, no doubt), with an unfriendly-to-children's-health justice. As grim as it looks today for our children, the future looks grimmer.

michael: Thank you so much for the "Casablanca" clip. Brought tears to my eyes. Rick signaled, "You bet." Vive la France!

When the the coercing stops the mighty pharma will resort to vaccination by gun as we see in Africa and other country's where the villagers try to flee from vaccination a dressed up devil worshipping pseudo- saviour,resulting in a fate worse than death.

As below the thief is not named but in our case its the pharma devil itself...

The thief comes only to steal and kill and destroy,” Jesus says in John 10:10.

This move by the CT legislature serves to underscore why exemptions should/must not be the focus, as exemptions will always be under attack, to either be further restricted or completely eliminated. Rather, we must fight against the vaccine mandates themselves. I continue to be baffled why we are not united on this front.

Vaccine mandates are the battleground.

According to Stanley Plotkin's deposition last year religious exemptions have always been the biggest obstacle in the quest for the highest possible vaccination coverage. The fact that MMR was "grandfathered in" and "Hep B vaccine would not get approved today" according to Stanley Plotkin, means the unscientific belief in vaccination is a religion.
The Supreme Court has interpreted religion to mean a sincere and meaningful belief that occupies in the life of its possessor a place parallel to the place held by God in the lives of other persons. The religion or religious concept need not include belief in the existence of God or a supreme being to be within the scope of the First Amendment.
Hence, Stanley Plotkin and his disciples are using the government to oppress us with their religious beliefs – not based on science.
Jeanette, Thank you for posting: https://www.youtube.com/playlist?list=PLbDqqjs2g3N1F9FXps4JWJZzHDWI4mRjd

We can only hope our country regains and recovers the proud religious spirit of the men who founded our country .. wrote the Declaration of Independence and formulated the US Constitution .. the men who sought to guarantee each and everyone following them the "right to life, liberty, and the pursuit of happiness".

Unfortunately .. I suspect the greatest threat to our nation's liberty and pursuit of happiness over 200 years … lies in the nine members of the Supreme Court .. APPOINTED FOR LIFE .. who have on more than one occasion failed to protect our freedoms through terrible decisions that usurped the power of the people in each state .. by issuing what amounts to JUDICIAL FEDERAL TYRANNY .. no different than that of a KING .. with no accountability to the people who must then suffer the consequences of their actions.

@Kim: In your post above, you mention New Hampshire's motto of "Live Free or Die". I was born in, and am now writing from, N.H. We Granite Staters joke and say, "Live Free or Die TRYING TO,
(live free) anyways!".... We Yankees are a strange lot. A couple years ago, Health Freedom N.H. sponsored a showing of "Vaxxed: The Movie", here at our local Public library. A real-live, pro-vaxx troll from Vermont showed up, and did his best to disrupt the movie. It's sad to see how New England has been infected and infested with good-hearted, well-meaning, liberal, social progressives who want to CONTROL and RULE people's lives. The local radio news has been all abuzz because *1* person died of flu this winter in the County. But, last year, *12* people died of heroin/fentanyl/opiate overdoses just in this small town, and more in the County. So, "GET YOUR FLU SHOT", they say.... Our town has joined with the N.H. State lawsuit against PhRMA over the "opiate crisis". And the beat goes on....
KEEP UP the GOOD WORK!

I think of "the Weeping Frenchman, 1940" https://rarehistoricalphotos.com/weeping-frenchman-1940/ as very symbolic of our plight. The French knew they've lost their liberty to the German-NAZI invaders. NO different for us.

But we will ultimately sing our own "La Marseillaise" just as the free French did in Casablanca https://www.youtube.com/watch?v=Yt1vQ81jNWw

In case you think that my historical reference to NAZI comparisons was off-the-mark? Not in the least.
Vive la France; Vive Liberty