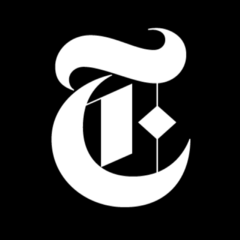 The New York Times has just come out with an editorial and a backgrounder that favor the elimination of vaccine exemptions.  The means by which vaccines are coerced is via denying a public (and in some states a private) education to children who have not received every state-designated immunization.  The myth justifying this tyrannical penalty is that unvaccinated children pose a considerable risk of infection to their schoolmates and friends.

Yet vaccines are the only category of products in the United States for which manufacturers are faced with absolutely no liability when they cause injuries, cause deaths, or fail to generate immune responses.

While the New York Times has correctly gone after the Sackler family, who own Purdue Pharma, a small pharmaceutical company, for misleading marketing of Oxycontin and ushering in the opioid epidemic, the Times has shut its eyes to the epidemic of chronic neurological illnesses in children and adolescent caused by vaccines that are produced by some of the most profitable corporations on earth.  (Two examples include narcolepsy in adolescents due to Pandemrix vaccine, and Postural Orthostatic Tachycardia Syndrome (POTS) in adolescents due to HPV vaccine.)

After a child suffers a vaccine injury, parents subsequently often choose to reduce their childrens' vaccinations.  By requiring children from families in which there is a pre-existing vaccine injury to be vaccinated or forgo an education, we can expect a higher rate of vaccine injuries in those who are forced to comply.

Do Vaccine Mandates Improve the Public's Health or Pharma's Health?  The Examples of Measles, Mumps and Rubella (German Measles)

The NY Times editors write that "public health can prevail." And it should.  Let's examine the true magnitude of the risk to public health we face today from 3 well known childhood viruses.

Measles is said to be the most severe of the common childhood viral diseases, and it is the most contagious.  Yet despite all the hoopla over measles, there have been only 3 measles deaths in the US since 2000.  According to CDC, "...Measles cases in the United States occur as a result of importations by people who were infected while in other countries and from transmission that may occur from those importations..."  Apart from cases coming in from overseas, measles does not otherwise circulate in the US.

In 2003, two Americans died from measles: a 75 year old male who was exposed to measles in Israel, and a 13 year old who had received a bone marrow transplant 3 months before his death, and was severely immunocompromised.  "Despite an intensive search, no additional cases were detected in the surrounding area."

The next (and last) time someone died in the US with measles was in 2015.  A middle-aged, immunosuppressed woman with pre-existing conditions died from pneumonia, and on autopsy was found to have measles.

It is unclear whether any of these 3 deaths were due to a measles virus originating from a vaccine, but it is certainly possible. The vaccine for measles is a live, attenuated virus that can occasionally cause measles disease and/or be transmitted to immunocompromised individuals by a vaccine recipient.

On average, there are about 250 cases of measles reported annually in the US, and 0.2 deaths annually.

On average, there are 2,500 cases of mumps reported in the US yearly.  The mumps vaccine is less efficacious than the measles or rubella vaccine, with an estimated 86% efficacy after the recommended two doses.  Immunity wanes significantly 3-5 years following vaccination.

According to CDC, "There have been no mumps related deaths reported in the United States during recent mumps outbreaks."

What about rubella, a virus that can cause fetal malformations?  Rubella was declared eliminated from the US in 2004. "Since 2012, all rubella cases had evidence that they were infected when they were living or traveling outside the United States."

Fewer than 10 people are diagnosed annually in the US with rubella.

In fact, there exists no reliable evidence that unvaccinated children in the US pose a serious threat to anyone; the claim that they do is an urban legend promulgated by Big Pharma and its wholly owned subsidiary, CDC.  (Note that CDC purchases $5.0 Billion in vaccines annually for the Vaccines for Children program, by far its largest line item.  Then CDC must convince the country to consume them.)

Yet how many columns inches, how many hours of TV news programs have been devoted to scaring the American public about the dire threat of measles? Fear of measles has been the major driver of the campaigns to eliminate vaccine exemptions.  Parents of immunocompromised children have been incited to frenzy about the risks posed to their children by unvaccinated classmates.  Yet they are rarely told their immunocompromised child might actually develop measles due to vaccination, or catch it from a newly vaccinated classmate.

Who really benefits from this hue and cry?  Only vaccine manufacturers, whose market is forcibly expanded, while these same manufacturers face no liability for consequent vaccine injuries.

The greater public health risk is actually posed by vaccines--to children who are at higher than average risk of a vaccine injury.  CDC acknowledges this risk in its Vaccine Information Statement for the measles, mumps rubella vaccine, which   says, "Some people should not get this vaccine."  Included in the list of who should not receive the vaccine are those with allergies to vaccine components or to a prior dose; those possibly pregnant; the immunocompromised; those with immune system problems; or those who have a close relative with immune system problems; and other conditions.

Yet some children with these conditions will surely be required to be vaccinated if exemptions are removed. In the 30 years' duration of the Department of Health and Human Services' Vaccine Adverse Event Reporting System, 89,000 adverse reactions and 445 deaths in total have been reported for measles vaccines.  These numbers dwarf the tiny number of infections that might be related to unvaccinated children.  Remember, no deaths--zero--from measles, mumps or rubella have been attributed to infections carried by unvaccinated children during the past 20 years in the US.  Very few infections have been imputed to them, either.

There is no scientific or public health reason to force children who are perceived by their parents to be at high risk of a reaction to be vaccinated, when the facts show that the threat they pose to the rest of us is marginal to none.  How could the NewSpeak Times get this so wrong?

'Dumpster diving'. Lovely, Fred. Never mind the fact that all those in the VAERS dumpster just happen to be real live (or post-vax dead) human beings. I think you've just summed up why today's parents are so hesitant to vaccinate their children. You can quit blaming 'sites like this'; you and yours are doing a stellar job of increasing doubt and discrediting the merits of vaccination all on your own.

VAERS reporting and causation are 2 different things as the VAERS site tells you. What Nass is doing we refer to as VAERS dumpster-diving.

The case report Nass linked was of a child who had the attenuated measles virus in his urine and nose 12 days after receiving the MMR. It wasn't wild measles. The point of the paper is that RT-PCR can identify attenuated measles from wild-type. This is useful in measles outbreaks, which thanks to sites like this are occurring far too often.

Although "denying a public (and in some states a private) education to children who have not received every state-designated immunization" is an unfair, unjust and misguided policy, these laws also apply to infants and toddlers in order to attend daycare and preschool with monstrous consequences.

"Where there is risk there must be choice."
https://www.indiegogo.com/projects/vaxxed-ii-the-people-s-truth#/

Master Frederick: You've said something sensible for once. Bravo! Although you didn't read the piece carefully; it clearly implies that the unvaccinated are at risk from the newly vaccinated, quite the opposite of the premise of your argument. This most certainly happens, both with measles and pertussis. Great to have you on board, at last.

Fred, I assume you are being deliberately obtuse. However, if not, perhaps you should read more slowly so that you are able to comprehend the para which details reported injuries and deaths from vaccines.

So the argument is...since vaccines have made it so unlikely Americans will contract measles, mumps or rubella...it would be a good idea to stop vaccinating...?