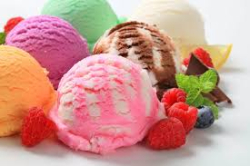 Note: I scream! You scream!

This study uses a mouse model - the results are thought provoking to say the least. We have seen a huge increase in anxiety especially in children and teenagers. GI issues are also on the rise. And those of us in the autism community are painfully aware of gut issues in our children. Polysorbate 80 is  also an ingredient in many infant vaccinations. That, however, is not mentioned in this article. This month, Dr. Paul Offit co-authored the following and just look what he says about P80 below. Is he admitting that in food doses P80 does cause harm? And how exactly does he know that vaccine injected dosages are safe? Gut instinct?

From the Children's of Philly Vaccine Education Center:

Stabilizers are used in vaccines to protect the integrity of the active ingredients during manufacture, storage and transport. A commonly used stabilizer that can be associated with allergic responses to vaccines is gelatin.

Summary: A new mouse study reveals common food additives, such as the dietary emulsifiers CMC and P80, may increase the risk of anxiety related disorders and adversely affect social behaviors.

The scientists also observed sex differences in the mice’s behavioral patterns, suggesting that emulsifiers affect the brain via distinct mechanisms in males and females.

Previous research by Chassaing and Gewirtz has shown that emulsifiers can cause low-grade intestinal inflammation by altering the composition of gut microbiota, a diverse population of trillions of microorganisms that are vital to health. Their research has linked emulsifier consumption to obesity, metabolic syndrome and inflammatory bowel diseases such as colitis, conditions whose incidence has significantly increased since the mid-20thcentury.

In the same period there has also been an increased incidence of behavioral disorders such as autism, leading scientists to theorize that brain function may be affected by environmental exposure to modern chemical substances as well.

“We asked the question: Can emulsifiers’ effects on general systemic inflammation also be extended to the brain and to behavior?” de Vries said. “The answer was yes.”

The researchers added one of two commonly used emulsifiers, polysorbate 80 and carboxymethylcellulose, to the drinking water of male and female mice. After 12 weeks, they observed that treatment with emulsifiers altered the gut microbiota of males and females in different ways. They then conducted tests to assess the effects of the emulsifiers on behavior. The researchers found that emulsifiers altered anxiety-like behavior in male mice and reduced social behavior in female mice.

Sooooo, it is not genetic but environmental then.

Dr. PrOffit appears not to know the difference between "stabilizer" and "emulsifier." Must have been asleep at that lecture. The GSU study is important work, an ominous finding. Alters the gut microbiota, and not for the better. Mice and humans share many of the bacterial species in the gut.