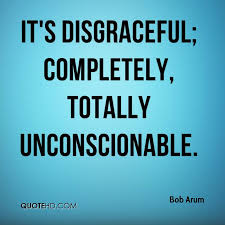 This is why we have a "nightmares" category. Imagine a principal in 2018 locking a student out of the building.  Imagine a teacher seeing the student in the window and closing the blinds. Now imagine the student has autism. We just passed the anniversary of the death of Avonte Oquendo, a 15 year old who bolted from his autism program in New York and was found several weeks later dead in the East River. Schools are supposed to take care of their students. Keep them safely INSIDE. Not lock them out. What a disgrace. Our great sympathy to the family.

A family is demanding answers after they say a fifth-grade student with autism was purposefully locked out of school by the principal.

The principal of Springbrook Elementary, Ashli Short, has now been placed on paid administrative leave pending an ongoing investigation, according to the Kent School District.

Lovine Montgomery says there’s no excuse for what her 11-year-old grandson endured on Dec. 14, 2018. Surveillance cameras from the school captured the fifth-grader wandering outside the school for 15 minutes.

The head teacher's behaviour has an assessed training deficiency, and attitude defect disorder going on ,but what about the rest of the staff? Do they not have a spine straight enough to share between the whole damn lot of them for a cold shiver to run up, to realise that this should not happen to any child at school with or without autistic tendencies apparent!

After trying several things (fiber supplements, probiotics etc.) to get rid of constipation of my child, now I have a good solution. I am giving Ayurvedic supplement called Triphala juice. Good thing about this is this is not a laxative. It helps the digestion directly and stops constipation. You can easily control the dose depending on regularity needs. In addition to this, I follow these helpful ideas.

Precise reason why so many Autism parents are forced to start home schooling. The apathy and discrimination against Autism children is at the peak in the failing public school system. On the top of that, these public school teachers vociferously oppose Charter schools which offer much better quality of care and education.

The reason this story made the news is because the school staff behaved inappropriately even if the child in question was not autistic. Because autism is diagnosed based solely on behavior, there are people who want to believe our kids are faking it or just plain spoiled. My son is often constipated so he spends a lot of time on the toilet. That is a disruption in the eyes of school staff who just want the train to run on time. On the other hand, my son has also used the bathroom as a preferred escape route for task avoidance (or perhaps a search for privacy), since it is a small quiet, safe space. He liked to play with water and look sideways in the mirror when he was 7 years old. I think it is tragic that the medical community has not identified the biological basis of "autism" so schools and the rest of the community can understand our kids are truly disabled and not brats.

So, the child's aide outright refused to let him go to the bathroom, and then wondered why he still tried to go to the bathroom? She felt physically threatened by a child who was merely trying to get into a bathroom so he wouldn't soil himself? How would she feel if she had been denied the use of a bathroom, herself? Perhaps every bathroom door in that school should be locked one day as an exercise, so everyone, including all the teachers and administrators, can find out just how they would react to being denied the right to use the bathroom? That kind of exercise might teach them all some kind of compassion regarding the need to make bathrooms universally available to all students as the biological need arises, as opposed to when it is convenient for the teachers and aides to let the students to use them.

This child has autism, and I would imagine he may have difficulties in expressing his needs verbally. It seems to me that too many schools hire staff who have no idea how to treat children with autism (or any other cognitive disability) in their charge humanely and with any level of respect. As a direct result, many if not most children with autism are treated like sub-humans who have no future at all, by these "professionals". It's sick, and it's intolerable. If public school teachers, ICR teachers, and aides feel there is no hope for our children, and if they have no respect for our children as fellow human beings, they should most certainly not be working with them as they will not help our kids attain any higher level of functioning. That is the travesty-- the outright contempt, and even disgust, some school workers have for our children. And to think that the tax dollars coming from our very wallets funds the salaries of these horrid school workers.

I think the actions of the School are "prosecutable" in a court of law .. such as .. endangering the welfare of a minor in their care. If a parent had locked their child out of the house .. they would immediately be justifiably investigated by Child Protective Services for the same violation of their parental responsibilities.