Up In Arms: The Italian Scientists Who Don't Want Their Work Scrutinized! 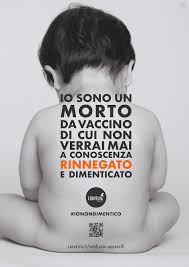 A new report in Nature News tells of the continuing row between scientists from the University of Padua and the Italian National Order of Biologists (ONB) who have donated €10,000 to CORVELVA - an organization that has campaigned for vaccine freedom since 1993 - to investigate the safety of vaccines have so far collected €50,00o towards this project. The Paduan scientists evidently do not want their work double-checked!

Earlier this year a study commissioned by CORVELVA found that five out of seven vaccines they investigated were non-compliant with manufacturing standards including three vaccines manufactured by GlaxoSmithKline: Priorix Tetra (GSK's MMR brand), Infanrix and PolioInfanrix. In October Vincenzo D'Anna of the ONB told the Corriere de Veneto that GSK had given the University of Padua €150,00o in the last three years. GSK have also been at the heart of political mistrust over vaccines and mandates  in Italy since a pharmaceutical journal reported an interview with the boss of GSK Italy, Daniele Finocchiaro:

"Recently I accompanied our global CEO, Andrew Witty, to Matteo Renzi. The premier told us clearly that he considers - and rightly so - the pharmaceutical sector as strategic for Italy. Further, he said that the pharmaceutical is precisely the future of our country ... I then met also Minister Lorenzin and other members of the government who reiterated the sensitivity of the government to those who invest, create jobs and opportunities for young people. So we started on the right foot. To find such sensitivity in Roman palaces is not to be discounted. As for us, Andrew Witty asked few things: certain rules and stability in the face of very strong investments in 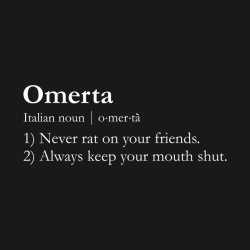 advanced research and production equipment. We understood each other."

A lot of scientists are now giving "science" a bad name.

The article in Nature by Giorgia Guglielmi also reports:

"The Italian Senate’s health committee is currently debating two bills that would change the 2017 mandatory-vaccine law. One, introduced by Lega senator Paolo Arrigoni, would scrap the requirement to provide proof of vaccination. The other, introduced by Five Star Movement senator Stefano Patuanelli, calls for obligatory vaccinations only in areas where vaccination rates are low, or in cases of epidemics. If approved by the Senate’s health committee, the bills would then have to be voted on by the Senate and the House before they become law."

Barry it seems your cynicism was very wrong on this occasion.

How about a 6 in 1 vaccine with NONE of the listed antigens present at all.

"it didn't work as a contraceptive vaccine,"

But it was great in causing the women to abort the fetuses.

State or perhaps national; imposed abortion, the natural way, by the woman's own immune system.

Eindecker did they really do what your proposing what would explain the birth decline..the elderly living older and no young coming along to replace them -genocide in most peoples book.

Population control Gates style is to wipe out a continent to stop them over-consuming the planet but yet Gates and family`s own planet consumption far exceeds people in mud huts who dont walk more than they need surviving on water.

Gates looking after himself at the cost of Kenyas population

I can predict a Gsk study before they even start it, the same way

Gardasil is the sterility vaccine - talk about that - never mind Talwar
And isn't it true Gardasil has just gone national in Kenya !

The Senate approved on Wednesday a law that establishes the obligatory nature and free of vaccination against preventable diseases for all the inhabitants of the country, and stipulates that the complete vaccination card will be required at the time of processing the DNI, passport and driving record , among others.

The project was promoted by the Tucuman deputy Pablo Yedlin (Front Justicialista by Tucumán), and will replace the law 22,909, which is in force since 1983. So far, the mandatory vaccination applies only to children and the new project will be made extensive also to adults. The gratuity of the vaccines, in as much, happened in fact, but from now on it will be protected by law.

According to the text itself, it will be the Executive, through the Ministry of Health of the Nation, which must regulate in a term of 120 days the fine print of the norm for its specific application.

Bet I can predict the conclusions of any proposed Corvelva vaccine study before they even start it:)

Oh, I bet you can

Well John at least they won't have to waste their time looking for hCG in the tetanus vaccine! BTW re Oller et al I found this interview with Talwar regarding his contraceptive vaccine development, https://www.natureasia.com/en/nindia/article/10.1038/nindia.2010.102 have a look at it, he abandoned the tetanus toxoid-hCG construct a long time ago since it didn't work as a contraceptive vaccine, in 2010 he's now using a completely different molecule to enhance the immune reaction to hCG, so yet another nail in the coffin of the conspiracy theory of a covert sterilization campaign in Kenya

Fred, forgive me for being amused by your comment re Corvelva vaccine study research conclusions. Surely you aren't suggesting there may be bias?

There would be no need for bias as vaccine are clearly not safe for everyone but, even if it were the case, the words 'pot' and 'kettle' spring to mind

Well maybe not as predictable as the CDC or you.

Bet I can predict the conclusions of any proposed Corvelva vaccine study before they even start it:)

They no longer even have to hide the fact that the forced vaccination of children has everything to do with the economic prosperity of Italy. Mussolini would be so proud.

Yes the Italians are like the West Coast Scots suicidal loyal to one another and that`s what gets them success. Sorros et-al have no answer to that.

"A lot of scientists are now giving "science" a bad name."

Unfortunately .. a lot of scientists have adopted the standard .. if it "sounds like science" .. and promotes a particular political agenda .. that's good enough.