Home Donate Contact Us Special Reports Science Subscribe by Email Subscribe to RSS Our Mission
As Autism Ages Stories Like This Will Abound: Man Found at Rest Stop Alone
Flu data: more FAKE NEWS from the BBC and the British Government 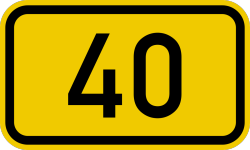 I was at a physical therapy clinic with one of the kids last week.  While my daughter was getting settled in with her exercises, I scanned the room and saw a handful of staff and patients.  Everyone was engaged in whatever activity or job they were assigned to do.  Even as busy as they were, there were several conversations going on.  With how open the room was, I couldn’t help but hear bits and pieces of the chatter going on.  No one seemed to mind which is why one of the PTs had us all laughing when she wisely and loudly told the young twentysomething male PT assistant, “Just you wait!  When you hit 40, it’s all downhill from there.  Mark my words… enjoy yourself – and your body - now while you can.”  A few of us fortysomethings nodded our heads in agreement.  Then the entire room erupted in laughter, including the other PT assistants who enjoyed the ribbing their co-worker had gotten.

Forty is when your body…

Gives your brain a list of things it’s not going to do anymore!

You only have half the metabolism!

40 is when you finally get your head together…

And your body has other ideas.

Every time you suck in your gut, your ankles swell!

It’s all fun and games turning 40, unless you’re talking the autism numbers…

It’s just an estimate we’re being told, but what a stat!  What a stark difference in reactions about it from those who won’t sound the alarm compared to those who’ve lived through life with autism, too.  Here are two examples, the first one from a major media news outlet and the second from an autism sibling.

“How many American children have autism? The U.S. government answers that question at least three different ways and says the latest estimate — 1 in 40 kids — doesn't necessarily mean the numbers are rising.”

I couldn’t get through the first paragraph.  Numbers aren’t rising?  Really??

The day that that was announced, my oldest daughter came home from school asking me if I’d heard the news.  Before I gave her my thoughts, I asked her what she thought.

“Mom, we talked about in one of my classes.  The teacher mentioned it.  I didn’t say anything, but immediately, my friend turned around and said, ‘Fin, what do you think is causing this?’  I didn’t really say much this time, because I have a good idea of why the rate keeps rising, but…some of the kids in my class…they won’t hear it.  They’re not affected by autism or by vaccines like we were, so I didn’t say much except that something’s got to give.  So many kids are affected already, and it could get worse before it gets better.”

I completely respected that she knew that her thoughts would likely fall on deaf ears and was incredibly proud of my teenager for understanding what the new numbers mean.  Both of us shook our heads as we continued to talk about the rate and potential reasons for the increase while looking at news sites.  We shouldn’t have jumped online.  The lack of concern overwhelmed both of us, so we took a break.  Later, I decided to reread some of the articles that had surfaced this week about that survey.  I was happy to see that parents had something else to add.

One thing I appreciated the more I read is that the study itself included not just the parents’ responses – that autism is obviously on the rise, but that other issues associated with the diagnosis are being reported by parents:

What’s Known On This Subject:

Previous studies over the last 20 years have shown an increasing prevalence of autism spectrum disorder (ASD) among US children. Moreover, families of children with ASD have reported greater health care needs and challenges compared with children with other emotional or behavioral conditions.

That’s what my daughter sees, and that’s what a lot of us parents have seen and have been sharing for years.  The parents know.  The siblings know.  The teachers in the overcrowded classrooms know.  The therapists with waitlists also know.  The neighbors watching the kid stimming at the park know.  They all know that autism isn’t just autism any more.  The diagnosis can be much more than just a communication disorder in which kids think differently.  It can bring seizures, other neurological problems, gastrointestinal issues, and sleep complications.  So many people know that autism is medical and that it’s become a multi-complex diagnosis except the mainstream medical and research communities.  Even with as much parental input as they’ve been given over the last 2 decades, somehow they continue to be baffled by it.

The autism rate has skyrocketed.  No one can deny that.  In the United States, it went from 1 in 10,000 during the 1980s to 1 in 59 as announced in April 2018 by the CDC.  Based on parents’ responses in the most recent survey published this week, the officials were a smidge off.  According to parents, that rate isn’t quite right.  We’ve now hit 40.  If the impact of autism gets worse after 1 in 40 like our bodies tend to after hitting 40, I am officially afraid for the future.

Bulging at the seams, not enough support, unbalanced, and worn thin – that could describe an aging body.  It could also describe schools and therapy centers that are seeing an increase in their special needs student populations.  It absolutely describes some families and their bank accounts as they try to navigate and afford the constant care their child with autism requires.  When paid attention to or caught early, body aches and pains can be identified and treated though.  Autism can be also.  But you won’t hear that from the news.  Just like how the rate is too hard to believe for some, so is that fact that it can be reversed and even prevented.

Autism is no joke.  It never has been.  To ignore its rise and the incredible impact it has had on families and the community serves no one.  Parents have felt the aches and pains of the rising autism rate for decades.  Will the officials in charge of counting it finally feel it?  I suggest they do, but I won’t hold my breath waiting for that to happen.

Somewhat on the topic of the history of manipulation of the autism rate, is there any further information on what this delay and departure of Nicole Dowling was about?

Thank you, Cathy! I agree with Fiona that something has to give. The country, the world can hardly afford what has already transpired. Something has to give way to acknowledging and acting on the truths spelled out daily in the suffering of our injured!

Dr. Humphries, in Dissolving Illusions, has pointed out something that didn't really occur to me beforehand, that overcoming the Semmelweis reflex and instituting hand washing most likely played a significant role in the reduction of infant and childhood mortality by protecting the life of the primary caregiver/nourisher in the home.

It galls a bit to think the same profession would prefer to assign this type of improvement to the practice of injecting immune aggravating and damaging substances into infants and children instead, and it galls a bit more to think that hand washing and other sanitation practices weren't exactly a novel development (I believe some evidence of this can be found in the Old Testament for instance). It was just denigrated for a time (or among certain groups) much like nutritional health interventions are by some today.

What could the health of children born this past decade be like if the same profession could get over a similar profit-and-image-protecting practice, call it the Vaccine Reflex maybe? The benefits to all of society through a widespread understanding of the value of avoidance and detoxification of immune system poisoning metals for instance, I think that alone would be huge.

To John. The numbers are higher and those in charge of the controls keep coming up with ways to obfuscate the issue. When I was writing articles back around 2010, I came across something that read that 1 in 38 children in S. Korea had Autism. Our supposed studies are 10 years behind the facts and lightyears behind "The Times."

"That sounds logical however, the reason it is higher is because NJ is Required to report the numbers."

That's very interesting - the present rate in Northern Ireland schools is identical to NJ and if this is higher than the rest of the UK this almost certainly because the Northern Ireland Department of Health conducted a proper census (as i was pointing out the other day).

The rate in NJ is much higher. It reports that 1 in 34 children have Autism with 1 in 22 boys. Some people think it is because of the industries there. That sounds logical however, the reason it is higher is because NJ is Required to report the numbers. Sorry to tell you, but this number does not include all the kids who might be diagnosed as ADHD rather than Autism. With 1 in 40 children having Autism, the news media should be clamoring to be the first outlet brave enough to tell the truth. Eyewitness News says they give it to you straight. Maybe they might break this story? Perhaps it will be NBC but we won't hold our breaths.. I can say that whichever outlet breaks the lies and gives Americans the truth, their ratings will go way up. People, institutions, medical practices, universities, journalists, therapists, teachers, scientists, millennials, Generation x'res, Baby Boomers, Dr Oz, The Doctors, pharmacists, elementary schools, and others will be glued to the programming and purchase newspapers and magazines again in record numbers. Let's shake out the trees-dead leaves offer no gains.