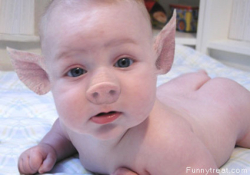 Note: Many of our readers will scoff at this article below. We're skeptical as well. Is there any such thing as a fully safe vaccine? Here in America, where manufacturers are indemnified from any lawsuits and liability, the answer is "no." There is not way a profit based company is not going to cut corners, bend rule and outright lie to sell more product when they know that they are protected and that their products are required by stringent laws. To think otherwise is folly. What's particularly ironic is that we know that many Chinese products are tainted and unsafe. How many of you will buy toothpaste at a Dollar Store? Or pet food? And yet here is China trying to make safer vaccines and pass tough punishments while America simply smiles and takes the needle.

Shaken by a scandal over the summer, authorities move to pass new laws

A draft law that aims to impose "the strictest" regulations on vaccines to ensure their safety and quality was submitted to China's top legislature for review on Sunday. The draft vaccine management law, which was released by the State Administration for Market Regulation in November, had been approved by the State Council.

Elaborating on the draft for members of the National People's Congress Standing Committee on Sunday, Jiao Hong, chief of the National Medical Products Administration, said it imposes the strictest regulatory system to date on vaccines, including on research, development, production, distribution and use.

The draft was made to improve China's vaccine management system and eliminate regulatory loopholes exposed by the scandal involving Changsheng Bio-technology Co in Changchun, Jiao said.

The vaccine manufacturer, which is based in Jilin province, was found to have committed serious law violations by China's drug authorities in July and August in connection with the production of a rabies vaccine. The violations included fabricating production records and using expired ingredients.

Manufacturers must digitally record data related to production and inspection of vaccines, and must also certify the authenticity, integrity and traceability of the data, according to the draft.

Approval procedures and inspections must cover every batch of vaccines before they enter the market. Authorized institutes must inspect and approve vaccines, and report to China's top drug authority and provincial-level drug authorities if there are any major safety or quality risks found, so that they can be dealt with immediately.

Serious violations of the law, such as producing fake or substandard vaccines, will receive harsh penalties.

According to the draft, senior executives and those involved in the violations will have all their pay confiscated and will be fined as well. They may also be banned for life from conducting business in the pharmaceutical industry.  Read more here.

Benedetta: INFANRIX hexa, the notorious GSK vaccine which was convicted by the Italian version of our VICP in 2014 of causing autism in a young girl, and sentenced to a fine. Here is the link to the story:
worldtruth.TV/Italian-court-rules-mercury-and-aluminum-in-vaccines-cause-autism
This article is worth reading for the confidential GSK report of the trials for this vaccine (Serious Adverse Event rate of 5.4%, autism rate of 1.2%), which the process of discovery made them fork over. Some of the article is incorrect, and has been xed out. It is hard to say what excipients are actually supposed to be in it (since it is not licensed here), but it appears mercury is not one of them. I found the INFANRIX hexa New Zealand Data Sheet, and it does contain two different types of aluminum salts, which is worrisome. This actually sounds like a very dangerous vaccine, all the more so, since it doesn't even seem to have what it is alleged to have. Eindekker, Master Frederick, have you had your three doses yet? Fess up, c'mon.

Only approved methods culling must go as to plans,no surprises...

Glyphosate, the active ingredient in Monsanto's flagship herbicide Roundup and hundreds of other herbicides, has been found in vaccines.

Moms Across America received preliminary screening results from Microbe Inotech Laboratories Inc. of St. Louis, Missouri, which showed:
MMR II (Merk) vaccine had 2.671 parts per billion (ppb) of glyphosate
DTap Adacel (Sanofi Pasteur) vaccine had 0.123 ppb of glyphosate
Influenza Fluvirin (Novaris) 0.331 ppb of glyphosate
HepB Energix-B (Glaxo Smith Kline) 0.325 ppb of glyphosate
Pneumonoccal Vax Polyvalent Pneumovax 23 (Merk) had 0.107 ppb of glyphosate
The MMR II vaccine had levels up to 25 times higher than the other vaccines. Following our test, additional independent tests have confirmed these findings at or above the same levels. The tests were conducted using the ELISA method.

Vaccines contain many ingredients that could be genetically modified (GMO)

Indeed, social policy is not self-correcting. More often than not, errors get compounded over time, rather than rectified.

This is due to the self-interest of the rulers. They are loathe to admit error and risk losing power. They do not want to alienate the groups that benefit from their policy. And as long as they can control the narrative, the vicious cycle can continue almost indefinitely. When there is a lot of money to be made from a program, there is a lot of money backing the narrative, to persuade people that the program is "for the greater good" and necessary. But when the truth reaches critical mass, the rulers are forced to backtrack.

I thought the tone of this article was unfair. China is a great power with the responsible, kind Confucian ethic deeply embedded in its culture.

Vaccines are unsafe by their very nature, by the fact that they have to irritate the immune system into producing antibodies to the weakened or killed pathogen in the vaccine. If you think the disease protection is valuable enough to take the chance of severe injury or death from the vaccine, then that's fine. Get the vaccine. If you think otherwise, don't get it. Consider the homeopathic nosode for that disease: they're available for ALL the VPDs, with hundreds available for all the diseases for which there is no vaccine.

Italian lab for vaccine safety tested the Infraxile or what ever - some one help me with the name of the baby vaccine that is suppose to be for six different diseases for diphtheria, tetanus, whooping cough, polio, Hib, Heb B (I think)

And it is given three times in the baby's first year. Sounds like a wonderful, time saving thing to me; Mommies won't ever have to take off from work to tend to a sick baby. . (not really)

Anyway the report came back and there was not a single antigen in it. ????? I don't know what to think
But it did have a bunch of manufacturing contaminants in it, and some big glob of unknown molecules.

Did not say if it had the expected aluminum in it, or was mercury free.
This might actually be a pretty safe vaccine with out six antigens in it, given all at once.

Almost all our products are made in China, even including our vaccines. We are equally culpable Maurine

I'm reading "Doctoring Data," one of the best Christmas gifts ever. Turns out that, even without liability protection, much of medical research has little scientific value, thus most pharmaceutical interventions have little positive value for health. While short-term safety is reasonably well-addressed in trials, they use every trick in the book to show efficacy where none truly exists. So yes, lipstick on a pig it is. The whole infectious disease paradigm is deeply flawed, but social policy is not self-correcting, not in a dictatorship like the PRC, and not in ostensibly free, ruled-by-the-people nations like the U.S. and the U.K. Too many fingers in the pie.