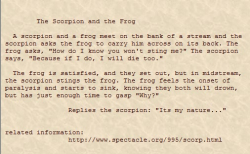 We invite you to visit Del's YouTube channel often.  Last week there was a meeting of the Advisory Committee on Immunization Practices.  The video below explains all.

Several parents attended the meeting and were appalled at the apathy and rubber stamp approach to recommending more and more vaccines even when logic fails.  There was a photo of one member taking a bit of a snooze during the proceedings. Nice. You may have read on Facebook that Dr. Paul Offit was in attendance and accepted a lunch invitation from a group of parents. We remain skeptical,  Sometimes we become caricatures to those who don't really know us.  Sometimes a meeting can effect change. That said, Dr. Offit has been viciously cruel to all of us. I don't care to give him any more ink. Put it this way, if he offers you a ride across the stream on his back, say "No, thanks."

The next ACIP meeting is in February. See more here.

TORONTO — A major newspaper has removed an opinion piece that urged readers to consider “both sides of the vaccine debate” from its website after the column was the subject of widespread online backlash.

Adrienne Batra, editor in chief of the Toronto Sun, says in a post on Twitter that a number of medical professionals pointed out “inaccuracies” in the column, which remains up on the websites of several other publications.

In it, Walker writes that instead of getting a yearly flu shot, he relies on “daily doses of vitamin C to build up (his) immune system.”

He says that while vaccines save lives, “history also shows that on rare occasions they have a potential hidden risk.”

Batra says that Walker’s opinion “doesn’t reflect the editorial position of the Sun.”

“Our coverage of vaccines has been balanced and we encourage people to get vaccines,” Batra wrote on Twitter.

Walker, 94, said he’s been no stranger to controversy over his decades-long career as a syndicated columnist, discussing such sensitive subjects as abortion and doctor-assisted death.

He said he wasn’t advocating that people forego vaccinations for themselves or their children — just that they have a discussion about the issue with their family doctor.

“When I did a surgical operation, I could never guarantee any of my patients that they wouldn’t die, or a complication wouldn’t occur,” he said.

Did I mention that getting the grandparents to vaccinate in order to see the newborn child is called "Cocooning?'

The industry is getting young pregnant mothers to do their marketing of vaccines for them for free. They are not paying the women. Never mind equal pay-this is No pay. They are doing this by getting the young women to tell their own parents (The grandparents) that they may not see the newborn unless they get shot with the DPaT shot and the flu shot. This means that the grandparents are getting shot with Neurotoxic Aluminum, thimerosal/mercury, cancer causing Formaldehyde, cells of animals insects antifreeze and other deadly toxins. As you can see from this Highwire taping the P stands for Pertussis which is Whooping Cough. It makes possible symptoms go away, but puts a newborn at risk for catching Whooping cough from the vaccinated grandparent. In my day you had to ask the doctor if you could take an aspirin and no pregnant women got shot with anything- so how did doctors become so trigger happy for even the family members? According to what I have read, Gates helped to create "Healthy People 20/20" which is intended to force (or coerce) All adults to get vaccinated by the year 2020. This is why there are Free (Tax dollars funding) vaccines in schools, Zoos, Drugstores, camps, grocery stores, street fairs and in some places door to door vaccines. This is the soft poisoning of America. and one day the young mothers will be sandwiched into caring for the vaccine injured child and Alzheimer's parent.