Best of: Too Many Too Soon Too Little Too Late

We're running Cathy Jameson's 2013 post today after The American College of Pediatricians  wrote that, There have been two case report series (3 cases each) published since 2013 in which post-menarcheal adolescent girls developed laboratory documented POF within weeks to several years of receiving Gardasil, a four-strain human papillomavirus vaccine (HPV4).1,2  (See here.) 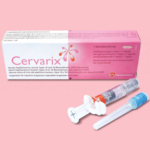 For years we’ve been bombarded with multimillion dollar advertisements promoting the HPV vaccine known as Gardasil.  Commercial after commercial, whole page magazine ads and posters at subway stations sent more fear than facts to the public about the human papilloma virus (HPV) and its role in cervical cancer.

Even though I do not care for this particular vaccine, I make an effort to stay updated whenever news comes out about it.  I do this because my oldest falls into the age category for which the vaccine is recommended.  The vaccine, originally designed and heavily pushed on the teenage population, can be administered as early as 9-years old.  After a rather hasty vaccine “safety” study period, the 3-series Gardasil vaccine became available in 2006.  Cervarix, also marketed as a cervical cancer prevention vaccine, debuted in 2009 is an alternate to Gardasil.

Like every vaccine that came before these two, reactions post-vaccination were documented and reported in the VAERS database (Vaccine Adverse Event Reporting System).  Currently, almost 32,000 adverse reactions have been reported as well as 144 deaths.  Despite growing concerns about Gardasil and Cerivax, and about the increasingly serious and fatal reactions young girls have had from them, it was suggested in 2011 that boys as young as 11-years old also receive the 3-shot series.

During the campaign to sell, sell, sell this product, we were told that the HPV vaccine would be an answer—an answer to help prevent cervical cancer.  We were told those who got the vaccine would be One Less:  One Less to chance it.  One Less to catch the disease.  One Less cancer victim.  We were also told that 3 doses were recommended for the series to be effective.  Reports are now saying 3 vaccines may be two too many though.

What, then, should we tell the girls, and now possibly the boys, who got sick from their 2nd dose of the vaccine?  Who tells them, “Oops, sorry.”

What do we tell the families of those who died after continuing the series with their 2nd or 3rd doses?  Does anyone say, “Well, were wrong.  We should have said two less; two less vaccines, that is.”

I highly doubt that anyone will utter that kind of apology.  Those promoting and inflicting the most damage, including death, will likely get to walk away.  They do not have to handle the irreparable harm done.  They will not witness adverse reactions that lead to future health problems.  They are not left with a lesson to be learned either, unless that lesson is to publicly continue to herald their own efforts while hiding behind the protection they’ve been granted by the government.

What irks me when I read articles like the one suggesting that only one HPV vaccine is needed, besides the fact that that this vaccine was made out to be the vaccine that would save the most lives, is that our nation’s children have once again become pin-cushioned guinea pigs.  With all safety cast aside, our children have become part of an experiment and not a solution.

If ever there was a reason for someone to learn how to educate themselves before choosing to vaccinate, this ‘whoops, two less vaccines’ discovery is more than reason enough.  Being fully informed before opting for any unavoidably unsafe product like a vaccine is better than finding out too little too late.  Fortunately, being informed is something anyone, including my pre-teen daughter, and the girls she is talking to, can do.

First, start learning the facts, all of the facts.  Learn as much as you can about vaccines and particularly the ones you’re opting for.  Look at the track record of each.  Listen to what your doctor or provider has to say about them, and then, research what they’ve shared.  Research what they didn’t share also.

Read more than just the Vaccine Information Sheet  the medical staff is required by law to give you, too.  Instead, request, read and study (or download) the 30 pages of each vaccine insert: Gardasil  and Cervarix.

Look up what’s being reported in the news about the growing list of negative side effects making sure the news comes from a reputable source.  Read as much as you can, and continue to read some more.

Know that this vaccine proposes to protect only 4 out of the 40 known strains of cervical cancer.

Realize, too, that this vaccine hasn’t been around all that long.  Long-term studies don’t happen overnight; they take years to be conducted and only after gathering hundreds of pieces of data—data gotten from those who received the vaccine, including from the ones who escaped vaccine injury to the ones who succumbed from it.  Remember that while some side effects from vaccines can be seen immediately (fainting, nausea, dizzy spells and seizures), others take time to be discovered and subsequently reported.  Understand that through the National Vaccine Injury Compensation Fund, the US government has awarded $6 billion toward 49 cases of HPV vaccine injury and death.  (Keep in mind that while 49 may not sound like a lot, over 200 claims have been filed and that all of them have yet to be processed.)  And finally, remember that you have a choice; a choice to say yes, no, or not right now until you know as much as you need to know.  Vaccine choice is a benefit, but being fully informed about a vaccine can have a much more lasting effect.

I’ve come to realize that the best way to be avoid vaccine injury or death resulting from vaccines is to abstain from vaccinations.  My daughter, and now her middle school friends are well aware of this too.  My daughter will continue to use her recess time to talk about vaccines, particularly the HPV vaccine.  She does this not because she’ll be getting it, but because she personally knows girls who have received it, and she is genuinely concerned about their future health.  I don’t blame her for wanting to stay as informed as I do or for attempting to educate others.  With how things have gone for so many HPV vaccine recipients, one more conversation on the playground could very well lead to one less tragedy.

Thank you, Carol. Perhaps remarkable, I'm having a hard time finding news of Tait's death in the U.S. media (heathnutnews.com is one exception).

In 2013 she told The West Australian, "It's not how I thought my life would look like at this stage. I had the cervical cancer vaccine when I was younger. I've had regular pap smears my whole life, most recently in December, which didn't pick it up."

Also of note: "Women who receive the human papillomavirus (HPV) vaccine may be more likely to be infected with certain high-risk strains of the virus than women who do not get the vaccine, according to a new study ["Comparison of HPV prevalence between HPV-vaccinated and non-vaccinated young adult women (20-26 years)"]....Women in the study who received the Gardasil vaccine were, indeed, less likely to be infected with the four strains of the virus included [in] the vaccine: About 11 percent of vaccinated women were infected with HPV 6, 11, 16 or 18, compared with nearly 20 percent of unvaccinated women.

It shows that Gardasil (HPV) causes autoimmune illness that attacks the brain -- this doesn't sound like something we should be desiring for the health of our kids.