Best of AofA: The Naked CDC: the Hit and Run Truth about MMR in their Own Words 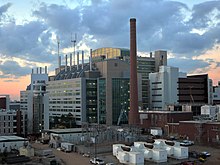 In a CDC study of the adverse effects of MMR:

Above 1 in 17 toddlers in the study developed a temperature of 39.5C (103F) or greater post vaccination, and 1 in 5.6 a raised temperature

Nearly one quarter of toddlers in the study (23%) were routinely vaccinated despite being unwell prior to vaccination with fever (7%), diarrhea (12%) and rash (7%)

It is all too revealing to look at this 2006 study by LeBaron et al ‘Evaluation of Potentially Common Adverse Events Associated With the First and Second Doses of Measles-Mumps-Rubella Vaccine’ which was apparently designed to be reassuring that the effects of a second and third dose of MMR at pre-school and mid-school age are milder than the first in infancy or toddlerhood.

But if so, we might ask, what about the first?  We learn that it is quite routine for an infant to develop a raging fever with unknown long term consequences. Again LeBaron et al are frank about some of the limitations of their study:

‘Our study suffers from a number of limitations. Data on adverse events were based on unverified, family recorded symptom diaries. We had no unvaccinated control group. The baseline period for the study subjects lasted only 1 week and was relatively close to vaccination when the “healthy vaccinee effect”14 may well have been present. A 17% attrition rate occurred, mostly during the baseline diary period. The sample size was inadequate to examine rare adverse events or common adverse events with less than a twofold increase over baseline. The study population was atypical of the overall population of US children, in that they were almost all white, rural, healthy, and received vaccinations at the recommended ages. Other vaccines were administered simultaneously with MMR for >80% children in the 2 younger groups and <1% in the oldest group, making attribution of adverse events and comparison of groups more difficult.’

But their concept of what constitutes a healthy child, is somewhat thrown into doubt by figure 2 which shows that 7% of subjects already had fever, 12% diarrhea, 7% rash (23% one or all of these)  prior to vaccination.  If the target group is adjudged to be healthy by the authors it leaves a disturbing question about the circumstances in which an already unwell child could routinely be vaccinated, and demonstrates that the health and wellbeing of individual children is not what is at stake in the programme: at best it would be the control of the disease at the expense of the sick child.

The gung-ho attitude of this culture is further evidenced by the fact that more than 80% of toddlers received other vaccines at the same time as MMR. Routinely, a temperature of 39.5C or above is an acceptable side effect. Subjects were only monitored for 3.5 weeks after vaccination: the long term health and development of those getting a high fever has probably never been researched, and probably never will be.

‘Nevertheless, we believe our study findings confirm that vaccine-associated adverse events occur in ∼1 of every 6 toddlers receiving the first dose of MMR, with high fever occurring in ∼1 in 20, although very few of these events require medical attention.’

But I wouldn’t take their word for it. If the parents of Hannah Poling hadn’t been a particularly determined doctor and a nurse would we be any the wiser? And why are we treating babies like immunological supermen? Is it because they can't answer back??

(With thanks to Alex Snelgrove).

A pdf of the LeBaron paper can be found here:

"CONCLUSIONS....
The findings and conclusions expressed
are those of the authors and do not
necessarily represent the views of CDC."

A study from the CDC with a disclaimer that it doesn't necessarily represent the CDC's views? What?

Taximom5,
Allison McNeill told me several years ago that Dr. Wakefield had said that the manufacturers of the hep-B vaccine had stopped their safety tests at only four days post-vax, although encephalitic reactions like that of my daughter and the many commenters today at Kim's article about Gianna's birthday usually only start four to five days post-vax.

Dawn,
What you said about Louisa May Alcott was interesting, I googled it and found that in her case as well, the pharma shills have been at work. They now say that it was clearly not mercury poisoning that caused her dizziness, rash, and other symptoms, but the autoimmune disease lupus. Without mentioning that lupus is caused by mercury poisoning (usually from vaccines these days), as well as MS, Alzheimer's, Parkinson's, and Lou Gehrig's disease.

"The baseline period for the study subjects lasted only one week."

Everybody catch that? ONE WEEK.

Anybody remember the most likely timeframe for MMR-induced seizure, according to Merck's website? Isn't it 8-14 days?

So they DELIBERATELY set up the studies so that MMR-induced seizures would not be apparent.

Very interesting point about Louisa May Alcott considering some of the "science" types like to mention diseases of literary figures. It may be that the "cure" was as much a part of their ill health as the actual disease, especially where mercury is concerned! There could be a whole little post about this that would be educational.

Any time I hear the medical establishment saying, "This is standard treatment", I know to run in the other direction.

Interesting fact: I read a history journal with a daily history quiz, and today's quiz stated that Louisa May Alcott died of...

"Mercury poisoning. While serving as a nurse during the Civil War, Alcott contracted typhoid. STANDARD TREATMENT (emphasis mine) at the time was colomel, a drug filled with mercury. She suffered from mercury poisoning for twenty years, dying at age 56."

So, I guess in another hundred years, people will be shaking their heads at how our society continued to inject our population with poisons, all in the name of "standard treatment".

As you know there has always been a special relationship between our great nations. Yo Blair...

While not commending the style it turns that the paper is no longer open access and cannot be read, so thank you for pointing this out. This is the link to the abstract (though I note this is available still from the page we did link to):

Also, I notice that if you look up the article on Pubmed it says there is free access, but this appears not to be any longer the case. Obviously, this is neither my fault nor the other editors of AoA.

Of course, we would greatly value the opinion of such an esteemed contributer, when they have had a chance to view the paper.

One matter that I can never get my head round is, did the Government corruption protecting Pharma start in the US and then spread to the UK or vice versa ?

The corruption can only remain hidden for so long and then all will be revealed..yummy! Just as the Dis United Kingdom, paedophile Members of Parliament are being exposed in the UK .

So there you/we have it. An 80 year old 100% establishment figure - who I suspect will not [be allowed to] rock the paedophile establishment boat one jot - is to leave no stone unturned in ferreting out the unpalatable truth. Yeah sure!
How The Mighty Fall and will fall...

The unaccountable criminal culpability of vaccine industry is staggering :(

I call BS on you. But first, why don't you actually give us the real citation for the LeBaron et al article, Mister Stone?

The name Dr. Claire Frasher is a popular character in a series of fiction books I enjoy. So I paid attention to that name when it showed up in real life in research papters on the human microbiome.

The unvaccinated Amish living and working around cattle - share a microbe with their cattle called prevotella - the good kind - because there are bad types too.

Prevotella eats carbohydrates - something that epiletics are told to reduce. Prevoltella is a fermenter -- thus making lots of B vitamins -- which according to "Nutrient Power, Heal Your Biochemisty and heal Your Brain" -- seems to be about B vitamins.

So what I would like to know if those "Blunt instruments" a description used by Eric Brown, grad student -- that came in the place of Dr. Finlay to speak about vaccines and microbiome - in the 2013 NIH human microbiome project conference have killed out the prevotella -- in those cattle rasing, farm familes that DO VACCINATE?

As the weakened measle virus finds the niches in the human stomach all empty and just moves on in?

It is shocking… the study excerpt in the beginning of the article at least is honest about the weight of their data. Most pro-vaccine studies are not. What I find interesting is the adverse event recordings, that are truly parental accounts during the first week post vax are observational ~ subjective ~ and missing true toxicology. Pediatricians rarely pick up a vaccine encephalopathy much less most parents. The product inserts for the HepB and DTaP (for example) only account for adverse drug events for 3-4 days post vax, with parental diary cards. Further, if a parent was to say on day 5 my child had an autistic regression ~ that account would be waved away as anecdotal and observational the very method that is used from days 1-4. Then of course couple that with 50% of the adult and pediatric population diagnosed with at least one chronic disease and you see a very frightening picture (CDC, 2012; Bethell et al., 2011).

But Jenny, how are they going to get all the schedule in, if they stop for simple matters like the child's immediate ill-health. Come on, be practical!!!

From above:- "Nearly one quarter of toddlers in the study (23%) were routinely vaccinated despite being unwell prior to vaccination with fever."

20 years ago, my autistic grandson 'routinely' received the MMR vaccine at 12 months. At the time he was recovering from a respiritory infection and was still taking antibiotics for this. He probably still had a fever.

I've always regarded the practice of vaccinating unwell children, particularly those on antibiotics, as SHEER STUPIDITY!! Paediatricians and other health and medical persons should hang their heads in shame for promoting this unsafe vaccination practice.