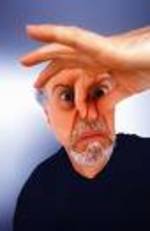 Here are some "sound bites" from the CBS News report on where vaccine manufacturing money goes. Hint? It's to the triumvirite that has stood in the way of parents seeking answers about vaccines and autism for well over a decade: Dr. Paul Offit (yes, Amanda Peet's Svengali) The American Academy of Peditricians and Every Child by Two.

"They're some of the most trusted voices in the defense of vaccine safety: the American Academy of Pediatrics, Every Child By Two, and pediatrician Dr. Paul Offit.

But CBS News has found these three have something more in common - strong financial ties to the industry whose products they promote and defend.

The vaccine industry gives millions to the Academy of Pediatrics...

A $342,000 payment from Wyeth, maker of the pneumococcal vaccine - which makes $2 billion a year in sales.

A $433,000 contribution from Merck, the same year the academy endorsed Merck's HPV vaccine (Gardasil) - which made $1.5 billion a year in sales.

Every Child By Two, a group that promotes early immunization for all children, admits the group takes money from the vaccine industry, too - but wouldn't tell us how much.

A spokesman told CBS News: "There are simply no conflicts to be unearthed." But guess who's listed as the group's treasurers? Officials from Wyeth and a paid advisor to big pharmaceutical clients.

Then there's Paul Offit, perhaps the most widely-quoted defender of vaccine safety.

Offit holds in a $1.5 million dollar research chair at Children's Hospital, funded by Merck. He holds the patent on an anti-diarrhea vaccine (RotaTeq) he developed with Merck, Rotateq, which has prevented thousands of hospitalizations.

And future royalties for the vaccine were just sold for $182 million cash. Dr. Offit's share of vaccine profits? Unknown.

Today's immunization schedule now calls for kids to get 55 doses of vaccines by age 6."

A huge thank you to Sharyl Attkisson for another gutsy report. Wouldn't it be nice if more members of the media had the cajones of this woman?

And Kim, your photo choice for this post cracked me up!

Okay. So let me see if I’ve got this straight Judge:

You’re saying a *KNOWN* NEUROtoxin (mercury) which makes up approximately 49% of thimerosal does *not* cause or contribute to NEUROdevelopmental disorders??

"We believe that the court’s decision is in complete accord with the overwhelming scientific evidence that there is no link between vaccines and autism.”

Here, let me help you connect the dots Judge:

Thimerosal (mercury = NEUROtoxin) in vaccines (A) gets injected into infants and children (B) who then experience NEUROlogical injury (C) which causes them to display symptoms of NEUROlogical injury (D) which then is classified as autism (E) which you referred to as a NEUROdevelopmental disorder.

The absolutely absurdity on this whole issue is getting real old, real fast!

Many, many thanks to Sharyl Attkinsson for this excellent story! We appreciate you so much, Sharyl. Please keep up the good work!

This is a great ending to a horrible (media) week.

How interesting that the Wyeth (WYE) stock news contains this article (below), but nothing of Hannah Poling. Also interesting is the number of (insider trading) awards of options around the same time, especially after the Poling case.

Judge Berger found that "thimerosal in vaccines does not cause or contribute to neurodevelopmental disorders such as autism," noting that "it is generally accepted in the relevant scientific community that autism is genetic in origin except in rare instances of prenatal exposures to certain substances at defined periods during pregnancy."

"We believe that the court’s decision is in complete accord with the overwhelming scientific evidence that there is no link between vaccines and autism. The court correctly applied Maryland law to bar unfounded opinion testimony on scientific issues," says Daniel J. Thomasch, lead trial counsel for Wyeth in this litigation, who is a partner at Orrick, Herrington & Sutcliffe LLP.

Then it goes on to brag about how great the company is. See? We can even buy court cases, we are just bursting at the seams with power and money!

This was like a day I thought would never come. Interesting and predictable that Offit didn't go on camera for the interview.
Anne Dachel
Media editor

what a wonderful surprise, and a great ending to a week in which we have had to endure countless savage remarks...

Now to toast with a margarita!