Home Donate Contact Us Special Reports Science Email Subscription 2021 RSS Feed 2021 Our Mission
My Son is Fine, Therefore Vaccines are Always Safe
Welcome to America! – Hope you like the Autism! 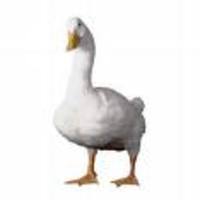 Pop open a cold Bud, order some Tough Skins jeans (remember those?) grab a pack of batteries, join a buying club, top off your insurance and buy a share of a high tech company..... Several advertisers have pulled their support of the Michael Savage show.  I don't think this means he's "out of business." But it does send a message.

The community that I know and love will not allow people with autism to become acceptable whipping boys, girls, men or women. High functioning, severly impaired, genius Aspergian, verbal, pre-verbal, in recovery, in college, in a group home - if you have autism in any of its Baskin Robbin's array of flavors, you deserve better than Michael Savage's disdain.

Home Depot, Sears and Budweiser all withdrew their support from the fiery hatemonger's program, along with Direct Buy, Cisco and Radio Shack, according to Autism United.

Insurance giant Aflac was the first company to pull its commercials off the nationally syndicated show, which has more than 8 million listeners.

Do we have a list of his national advertisers? Most of the ones on the local stations are ad buys across the whole network (i.e. - they didn't specifically buy spots on his show, they just happen to land there when the computer spreads them across all shows on the station, etc.)

This is in response to Fielding Hurst request for list of Weiner's advertisers.

Does someone have a link to an accurate, current list of his advertisers?

I think someone needs to beat some sense into Mr. Savage.

I just heard him on an interivew and he is acting like we (the parents of autistic children) are pawns in some master Islamic/facist/Stalinist plan to remove him from the airwaves.

The guy is a paranoid raving lunatic.

All I can say is he picked the wrong group of people to mess with. Nobody could be more pised off and angry then the parents of autistic kids- especially considering how most of us feel how they became this way.

The scariest part in all of this is the attitude coming from the general public. If I have to read one more time that Savage is right about autism being a scam I am going to go beserk.

I have never heard of anybody faking autism. I bet we will now. Give some crazy person a crazy idea and they'll run with it. Nor, have I ever heard of a misdiagnosed child. Of course there are those kids who recover with bio-med treatments and then all the experts say "they were never autistic to begin with"...sigh...& (eye roll)

This is just INCREDIBLE>>> are we going backwards in our attitudes towards autism???

I just want to SCREAM!!!! Warning do not listen to without a box of kleenex and a punching bag.

I'm so glad that Mr. WEINER cleared this up for me. All of this time I thought my kids had autism and they're just BRATS! And I'm a bad parent! Well who the hell knew!!!!

Maybe he thinks we should beat some sense into them too?

I applaud the sponsors for being responsible enough to pull their adds from this man's dribble-hate-rant-show.

I hope everyone will follows suit until his voice no longer permeates the air waves.

Thank you to everyone who wrote letters and called, on behalf of our children.

I would love for this moron to spend one day in the shoes of a parent with " one of these brats that need a daddy". I would like to see him magically straighten up one of these children with his tough daddy attitude. The big russian, "highly educated" loud mouth would be curled up in a corner crying like a little baby. But then I guess we would have to "misdiagnose" him with autism. I would love to see him gone!

I honestly think we should get Al Sharpton involved. His comments about minorities and asthma were pretty offensive too. I know it sounds like I have it out for this guy, but Michael Weener's hate-filled stupidity is harming our children. I think we should get other advocacy groups involved so that we can get this idiot off the air for good. I openly applaud the sponsors and affiliates who have dropped this creep. I don't drink, but if I did, I'd have a Budweiser.

Hey, the networks dropped Imus for his comments, and they were far less offensive than Weener's drivel.

I like this point from one of the comments:

"If he wanted to make a commentary about the corrupt medical professionals, he should’ve attacked them directly. But instead, he attacked the children WHO CAN’T DEFEND THEMSELVES AND CANNOT BE BLAMED FOR EITHER BEING MISDIAGNOSED (as Savage claims) OR BEING VICTIMS OF A PROVEN BRAIN DISORDER (as everyone who is well informed knows as being fact)."

Of course, the brain disorder part is but one of the issues going on with our children but I thought the point was excellent!

In addition, I don't know if everyone got to listen to this YouTube video clip from a previous Michael Savage show which in my opinion, is even WORSE then the original comments he made on July 16th!

There goes one brat that got a spanking...